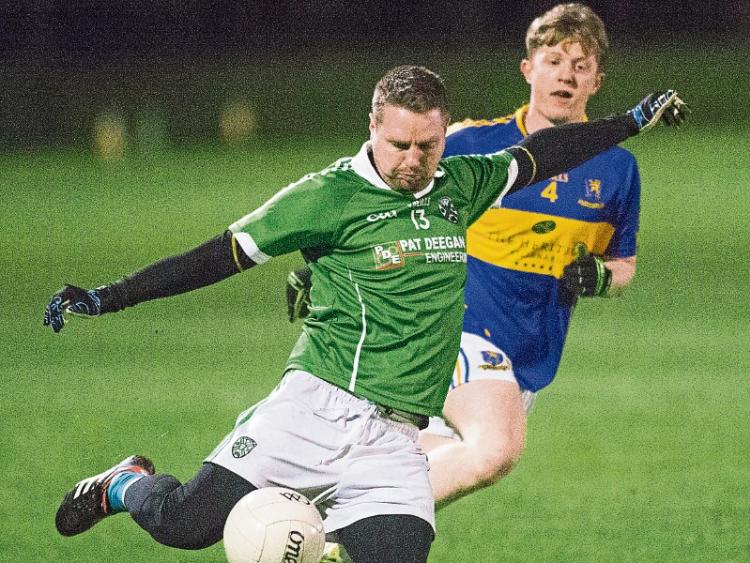 From the time the eventual winners eased into a four point lead inside six minutes there was an inevitability about this Kelly Cup final in Crettyard on Saturday.

In fact only for the acrobatics of Stradbally keeper, Jack Larkin, the Portarlington side could have been even further ahead.

On ten minutes Stradbally got off the mark when Colm Kelly slipped the ball to Jack Duggan who bisected the posts for a point.

When Matthew Finlay and Kelly traded points it looked as if Stradbally were getting a foothold in the game.

They were winning dirty ball and more of the 50-50 exchanges than had been the case in the opening quarter.

Sensing the mood O’Dempsey’s slipped into another extra gear and added on further points.

They could well have found the net on two occasions but with the scoreboard ticking over an eager forward line was happy to take their points.

At half-time O’Dempsey’s were good value for their 0-12 to 0-8 interval lead but after enjoying their dominant spell they would have been only too aware they hadn’t put the game to bed.

Colm Kelly was Stradbally’s big dangerman. He pulled the strings for his side but they needed more.

Instead O’Dempsey’s Liam Whelehan went to punch over the bar but his effort fell under the crossbar and into the net for a goal which was quite rightly disallowed.

The three-pointer arrived on 37 minutes when the Stradbally defence was split wide open.

Micheál Finlay could have taken the goal himself but just to make sure he off-loaded to Matthew who guided the ball in without fuss.

A bit like the Dublin bus where you wait so long for a first one then two come relatively close together this is what transpired for the O’Dempsey’s goals.

In the space of a minute Liam Whelehan and Kelly exchanged points and this was followed up by a Mark Barry goal from close range.

If there was any chance of a Stradbally fight-back it was gone now.

O’Dempsey’s all but settled for what they had and like a boxer who has done enough he held his ground and took all Stradbally could throw at them.

In addition to Kelly, Eoin Buggy and Deegan got on the scoresheet to take the bad look at it.

That was all they had. O’Dempsey’s finished with a flourish with Barry Kelly and Daithi Howlin concluding the scoring with a point each.

On a cold night there was mercifully little injury time except for the time lost when Jack Larkin took what seemed like an age to get up after clattering into Dempsey’s Mark Barry.

He did play on for a while but eventually made his way to the side line.

It wasn’t a night or the time of the year for heroics.