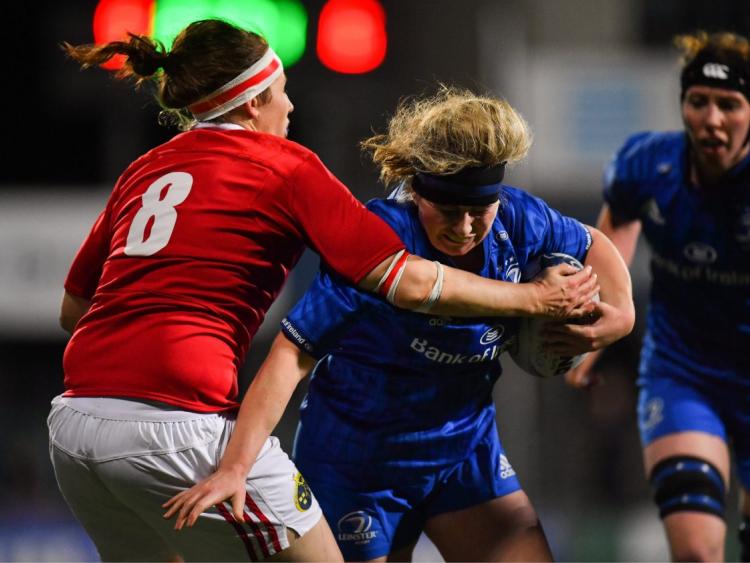 Emma Hooban in action for Leinster.

Portlaoise woman Emma Hooban will make her first senior start for Ireland on one of the biggest stages in world rugby this weekend.

Hooban has been named to start at hooker for Ireland in their Autumn international against England in Twickenham on Saturday evening. It is the latest milestone in the Portlaoise player's career, which saw her make her debut as a second-half substitute against the USA last weekend.

She will be joined in the front row by Lindsay Peat, her clubmate from Leinster, and Leah Lyons, who plays in England for Harlequins. The game kicks off at 5.40pm, following the England v Australia mens game at Twickenham on Saturday afternoon.

The Ireland team to play England.