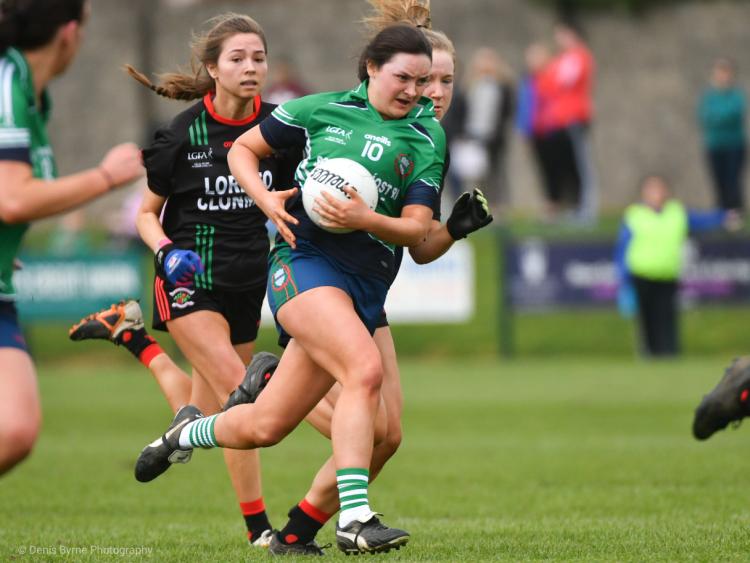 Erone Fitzpatrick on her way to score at goal. Picture: Denis Byrne

Scoil Chríost Rí made the better use of their goal chances and ultimately that proved the difference between two evenly-matched sides. Loreto, meanwhile, will look back with some regret at the four attacks that could have yielded goals and sent them on the road to victory.

Loreto made a strong start and after seven minutes were three points to no score ahead, courtesy of points from Kellyann Hogan, Caoimhe Mulcahy and an Ava Fennessy effort that was pushed over the bar by Portloaise goalie Aoife Conlon-Hyland.

They came agonisingly close to doubling their advantage when Eimear Quirke's shot beat the 'keeper all ends up but struck the inside of the post and bounced to safety.
Then in the 22nd minute Kellyann Hogan exchanged passes with Ava Fennessy before Aoife Conlon-Hyland saved her low shot.

The Clonmel school were cursing their luck yet again early in the second half when Niamh Martin's great run ended with an effort that was again blocked by Conlon-Hyland. Shortly afterwards the Portlaoise goalie came to her team's rescue once more when she saved Anna Carey's shot, after a good move between Ava Fennessy and Aine Fitzgerald, although Loreto captain Carey had the consolation of a fisted point in the follow-up.

Scoil Chríost Rí recovered from their sluggish start to lead at the break by 2-3 to 0-6. Orla Hennessy opened their account with a 13th minute point and Hennessy, Emma Lawlor and captain Erone Fitzpatrick were soon emerging as the greatest threats to Loreto.

Emma Lawlor came close to scoring a goal in the 16th minute, only for her shot to be blocked by Brigita Valuntaite. However the Portlaoise school weren't to be denied a minute later, Lawlor again involved before Erone Fitzpatrick crashed a shot to the net to put her team a point ahead.

Loreto regained their composure, and their lead, with points from Anna Carey and Kellyann Hogan. In between those scores Gretta Nugent made a vital tackle when Portlaoise's Orla Hennessy was poised to pull the trigger in front of goal.

In a game of swaying fortunes, during which play swung from one end of the pitch to the other, Portlaoise were back in front thanks to scores from Emma Lawlor and Isabella O'Toole. After Anna Carey struck the post, the Clonmel school equalised with Ava Fennessy's free.

But they succumbed to a sucker punch in virtually the last action of the opening half, deep in added time, when Scoil Chríost Rí's Orla Hennessy cut in from the wing and buried an unstoppable shot in the net.

Loreto threw everything bar the kitchen sink at their opponents in the second half but they were always playing catch-up against a Portlaoise team that steadily grew in confidence. They went four points clear when Orla Hennessy scored within two minutes of the re-start but they were made earn their victory, as Loreto pushed them all the way to the final whistle.

Points from Ava Fennessy's free and Anna Carey drew the Clonmel side closer and kept the game in the melting pot. They had a let-off nine minutes into the second half when a penalty from Portlaoise's Emma Lawlor crashed off the foot of the post, although they soon had a converted free from Erone Fitzpatrick.

Aine Fitzgerald had a point for Loreto following a great solo before the game exploded to life with goals at either end of the pitch in the space of two minutes. Sarah Larkin struck first blood for Portlaoise before Loreto responded when Caoimhe Mulcahy's deflected shot found the net after she collected Anna Carey's pass.

However, Portlaoise turned the screw by scoring the next four points - from Julia Cahill, Shauna Dooley and a pair from Emma Lawlor - to go six clear with five minutes of normal time remaining.
Loreto, though, refused to give up the ghost, although they were often frustrated by a Portlaoise team that got plenty of bodies behind the ball whenever Loreto attacked.

The Munster champions were back in with a real shout with two minutes remaining when substitute Ailis O'Meara struck a great goal after she had been sent clear by Eimear Quirke and Ava Fennessy. Back came Portlaoise again with a point from Emma Lawlor, but despite being four points ahead they still couldn't rest on their laurels against a Clonmel side that stubbornly refused to throw in the towel.

Ailis O'Meara had a shot blocked when she threatened another goal near the end of normal time, but they had to settle for the consolation of an Anna Carey point deep in added time, as time ran out on their attempted comeback.
Loreto were heroic in defeat and the marvellous support they received from their fans added to the occasion. The Clonmel school ended the season as Munster champions, and even if they failed to land the biggest prize of all they were worthy representatives of their province once more.

It was a historic victory for Scoil Chríost Rí, who have won this title for the first time. It took them some time to find their feet but once Orla Hennessy gave them the lead on the stroke of half time with that superb individual goal they were never led in the second half.

Hennessy, Erone Fitzpatrick and Emma Lawlor, who was the best player on view, inflicted most damage on the Clonmel team's title aspirations. Alice Dunne, Niamh Crowley and Isabella O'Toole also made important contributions, as did goalie Aoife Conlon-Hyland. 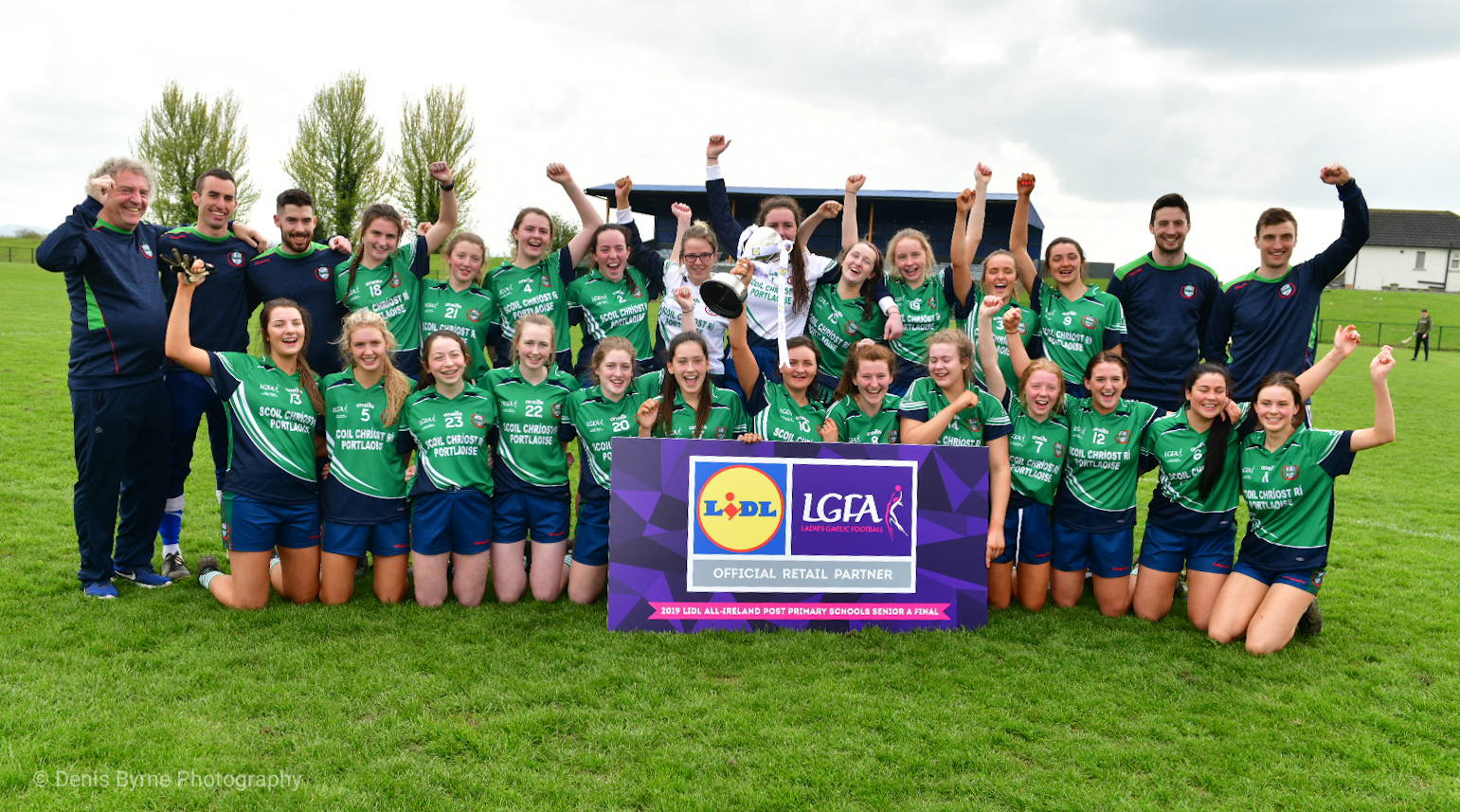