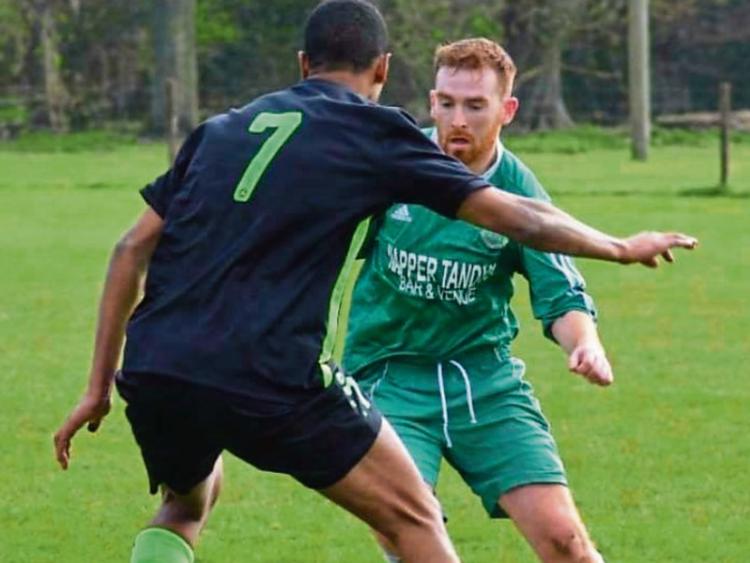 Stradbally Town hosted Gentex Sunday morning in the last league game in Division 2 for both of these sides.

On a perfect morning for football Stradbally got off to the perfect start and were 1-0 up inside 15 minutes.

Playing with a high tempo Stradbally forced a turnover in the gentex midfield and Jake Byrnes effort was well saved but Podgie Fitzpatrick quickly followed up and buried the rebound.

In a great contest the league champions drew level from the penalty spot on 25 minutes.

The game continued to play out at a frantic pace for the remainder of the first half.

The second half resumed as did the end to end action with both sides creating chances.

With 25 minutes to go Stradbally regained the lead, Jake Byrne hammering home a left footed half volley from close range.

Gentex held onto their unbeaten league record in added time when a corner went directly into the Stradbally net after some confusion at the back.

There was still time for both sides to hit the post late on and Stradbally had one final chance saved by the gentex keeper.

Points shared in what was a very entertaining game of football between the top two teams in Division.