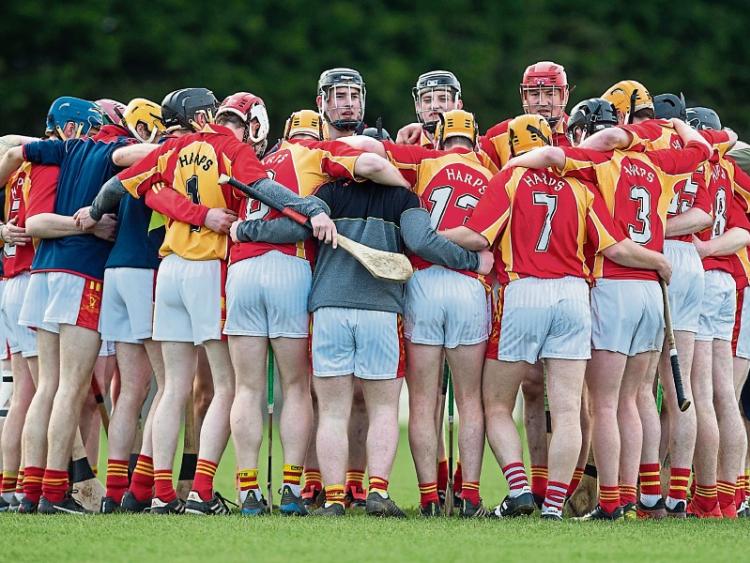 In a contest between an experienced senior outfit in Clough-Ballacolla and last year’s beaten Intermediate finalists The Harps, it was the favourites who came away with the two points.

The Harps were on fire in the opening stages, slotting over the first three scores of the game. Ciaran Comerford, Richie Saunders (free) and a lovely team score that ended with Padraig Delaney putting The Harps on the front foot.

Clough-Ballacolla finally began to get into the swing of things then, with Stephen Maher nailing three frees in quick succession to level matters. Richie Saunders nudged The Harps back in front through a placed ball, before Stephen Maher replied with his first from play to level the sides.

A Richie Saunders free for The Harps was met with Sean Corby and Stephen Maher scores. However, The Harps finished strongly with another score from the excellent Padraig Delaney and two frees from Richie Saunders, as the teams were deadlocked heading into the dressing rooms.

Stephen Bergin opened the second half in style, weaving one way and then the next, before splitting the posts for Clough-Ballacolla. Saunders equalised, but frees from the hurls of corner-back Ronan Broderick and Stephen Maher gave Clough-Ballacolla a two point cushion.

Saunders and Maher exchanged frees, with Saunders adding on another to leave the minimum in it. Midfielder John Dwyer powered his way through a few tackles before restoring the two point gap with a nice score, and then Clough-Ballacolla grabbed a crucial goal.

As The Harps were playing the ball out of defence, Brian Corby pressed up the field and intercepted. He found himself in on goal, and despite hitting a few long-range wides earlier, knew exactly where the goal was and the net bustled.

With ten minutes remaining, The Harps needed a goal to get back in the mix, but Clough-Ballacolla defended in numbers. Saunders grabbed a free back, but Brian Corby and Willie Dunphy points had Clough-Ballacolla in a healthy six point lead with only five minutes left on the clock. That was how it would finish as well, as Clough-Ballacolla continued their perfect start.