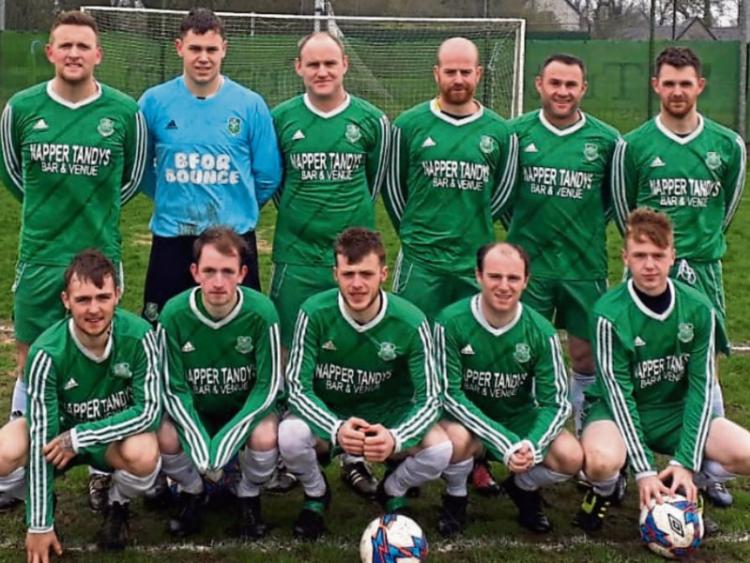 Stradbally Town travelled to Abbeyleix on Sunday morning last in the last sixteen of the CCFL John Farrell Counties Cup - the blue ribbon cup of the CCFL.

Credit has to be given to both sides who served up an entertaining game of football in wet and windy conditions. Stradbally, wind-assisted started the first half better enjoying the majority of possession without really creating too many clear cut chances.

The games first real chance was to fall to Abbeyleix but just as the forward was about to strike, the ball bobbled on the pitch and his shot flew wide. The tough conditions were managed by both sides pretty well and as the half closed out it looked like there would be nothing between the teams.

A long diagonal pass from the Stradbally midfield was then spilled from the Abbeyleix goalkeepers hands and the chasing Jimmy Langton calmly directed the ball into the empty net. First blood to Stradbally on the stroke of half-time.

The second half was again a battle with Abbeyleix pressing hard for an equaliser but the Stradbally defence stood strong. Justin Lalor almost made sure of the win when he rattled the crossbar with a free kick from all of about 30 yards, the Abbeyleix keeper making a fantastic save tipping the ball on to the bar. Stradbally Town advance to the quarter- finals where an away game to Horseleap United awaits the men from the Little Town.