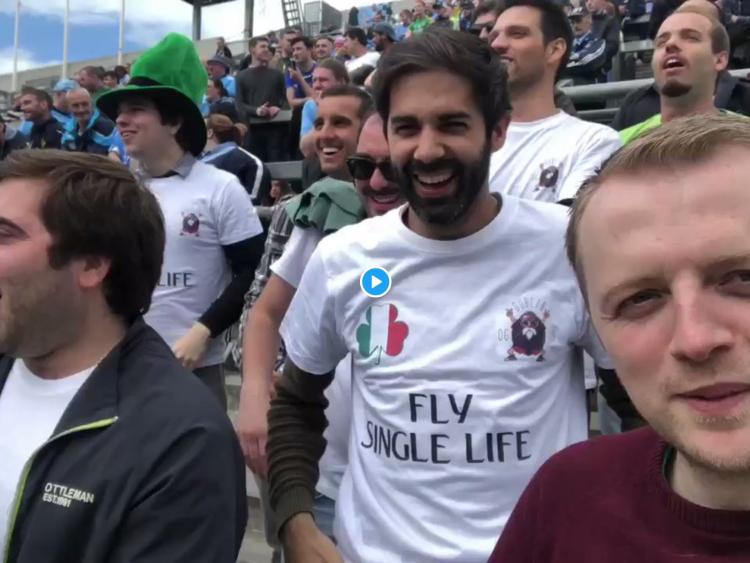 Move over 'Laois, Laois, Laois', Laois GAA supporters have a new chant, thanks to a group of boisterous lads from Portugal.

They broke into a chant based on The Girl by Kungs... or 'la la lalalala lala lala la' if you want to learn the equally complicated lyrics...

Meath man and journalist Gavan Reilly Gavan@gavreilly sent out a tweet which has gone viral.

Update: this Portuguese stag party have joined us on Hill 16... to support Laois #gaa pic.twitter.com/Z8J5QMUD3E

"Update: this Portuguese stag party have joined us on Hill 16... to support Laois #gaa" Gavan reported in a Tweet which now has over 98,000 views.