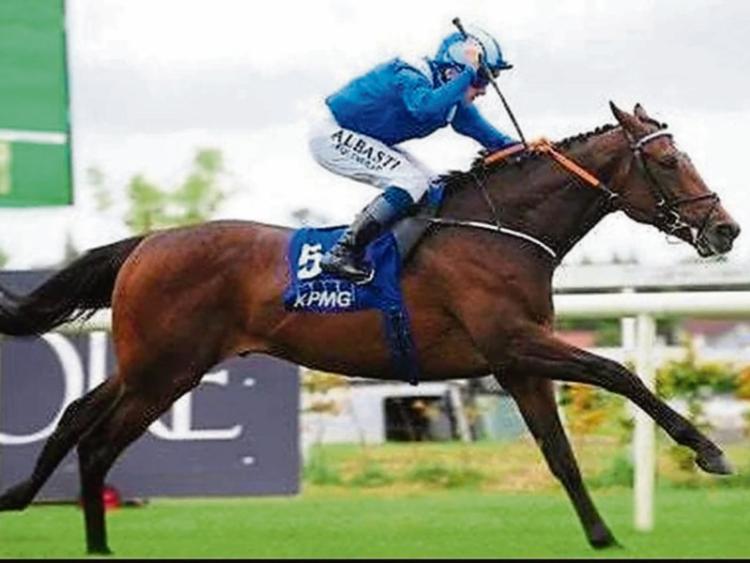 The Master of Ballydoyle, Aidan O'Brien is set for another successful year at the Derby, a race he has recently dominated

The Irish Derby benefits from having the winner and runner-up from this season’s Epsom Derby in the field in the shape of Anthony Van Dyck and Madhmoon.

Indeed, a lot of the focus ahead of this race at the Curragh on June 29 is on Aidan O’Brien’s string, considering he will saddle six of the 10 runners.

His domination of the race has been considerable, taking six of the last 10 runnings with the likes of Camelot, Australia and Fame & Glory.

By all accounts, his monopoly will continue in 2019, where he has the first, second and third favourites in the market for the Curragh showpiece, headed by Epsom scorer Anthony Van Dyck.

He was 13/2 at Epsom and the apparent third-string from Ballydoyle but belied those odds to prevail in an epic finish. Apart from Madhmoon rattling up the outside for second spot, he was blanketed by his own stablemates coming to the line. His stable staff could have used one rug to throw over them all at the tape. In all seriousness, of the first six horses home that day, O’Brien trained five.

Anthony Van Dyck was not without a chance, but his losses at the hands of Too Darn Hot and Line Of Duty, who was very disappointing at Epsom, steered punters towards O’Brien’s other runners.

The winner went into the race off the back of a winning run ahead of Pablo Escobar in an ordinary Derby Trial at Lingfield. You’d have to go back to August 2018 for another win, but that did come here at the Curragh where he beat another Ballydoyle export, Christmas.

Aidan O’Brien’s knack of winning the Irish Derby is perhaps down to numbers as much as quality, evidenced in 2017 when Capri ran down Cracksman for a shock victory. O’Brien had five of the nine runners that day, including the Epsom Derby winner of that year, Wings of Eagles, who was third. The year before he missed out to Dermot Weld and a doubling-up Harzand, but alas, one of his lesser fancied runners, Idaho, was closest to pulling off the shock, just half a length down.

Those trends bring O’Brien’s Epsom losers right back into the mix along with Kevin Prendergast’s Madhmoon who was a fast-finishing second on that occasion. Sir Dragonet, Broome and Japan were all within a length of Anthony Van Dyck while another O’Brien runner, Circus Maximus wasn’t a million miles behind those.

Sir Dragonet is best of the rest with the bookies (7/2) despite finishing fifth at Epsom having gone off the 11/4 favourite. He went into that race on the back of a brace of victories, including an eight-length success in the Chester Vase. It could be suggested he was taken to the front a fraction too early by Ryan Moore and could well do better ridden with a little more patience.

Japan and Broome were both in the mix, within nostril hairs of one another, coming to the line at Epsom. They were given good rides but with such fine margins, a matter of seconds between sitting tight and pressing the button inside the final two furlongs potentially making the difference at the Curragh. Their lack of Curragh form, however, is a slight worry and the same could be said of Circus Maximus who was five lengths behind the winner at Epsom.

Despite that, he could still figure in Kildare having had a couple of excuses in that race. He stumbled and gave away ground at the start and was hampered slightly and carried left at crunch time, two furlongs out. Once he did hit the front, he had already exhausted his reserves and soon faded under Frankie Dettori. A little more luck and patience could get a sweeter tune out of him.

It’s hard to rule out any of O’Brien’s runners and even the outsider of his Derby deluge, Cape of Good Hope, has a slight squeak. He is currently 16/1 but was far from disgraced when finishing fourth in the Prix Du Jockey Club at Chantilly earlier this month. He’s a bit of an unknown quantity in many respects but he was less than three lengths behind Mohawk last September, a horse that had finished within two and half lengths of Anthony Van Dyck at the Curragh a month earlier.

All of O’Brien’s rivals have the measure of outcasts in the market, Surfman, Raise You and Telecaster, so it’s only really Madhmoon and the evergreen Kevin Prendergast that can spoil the party for Ballydoyle.