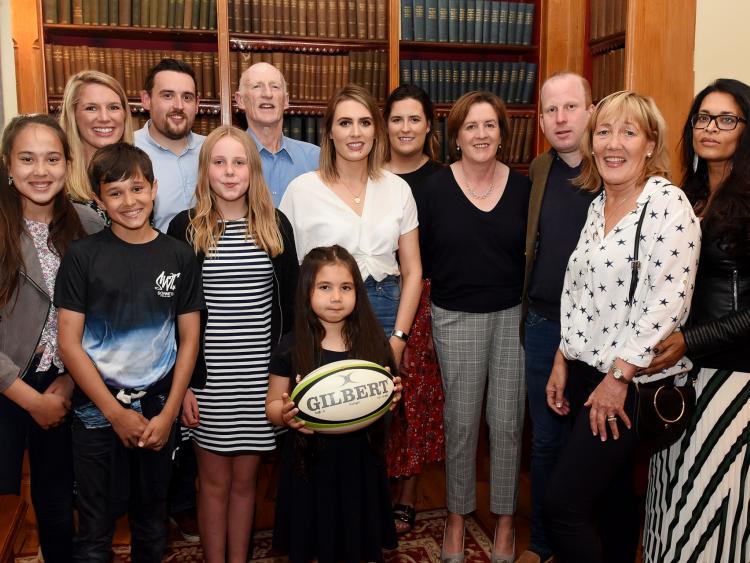 UCC President Professor Patrick O’ Shea launched the Moss Keane Rugby Scholarship, a programme designed to give talented young rugby players from across Munster the opportunity of developing their full sporting and academic potential within the University.

Professor O’Shea noted that Moss Keane had won 51 caps for Ireland including a Triple Crown in 1981, had toured New Zealand with the British and Irish Lions in 1977 and was a key member of the immortal Munster side to down the All Blacks in 1978. 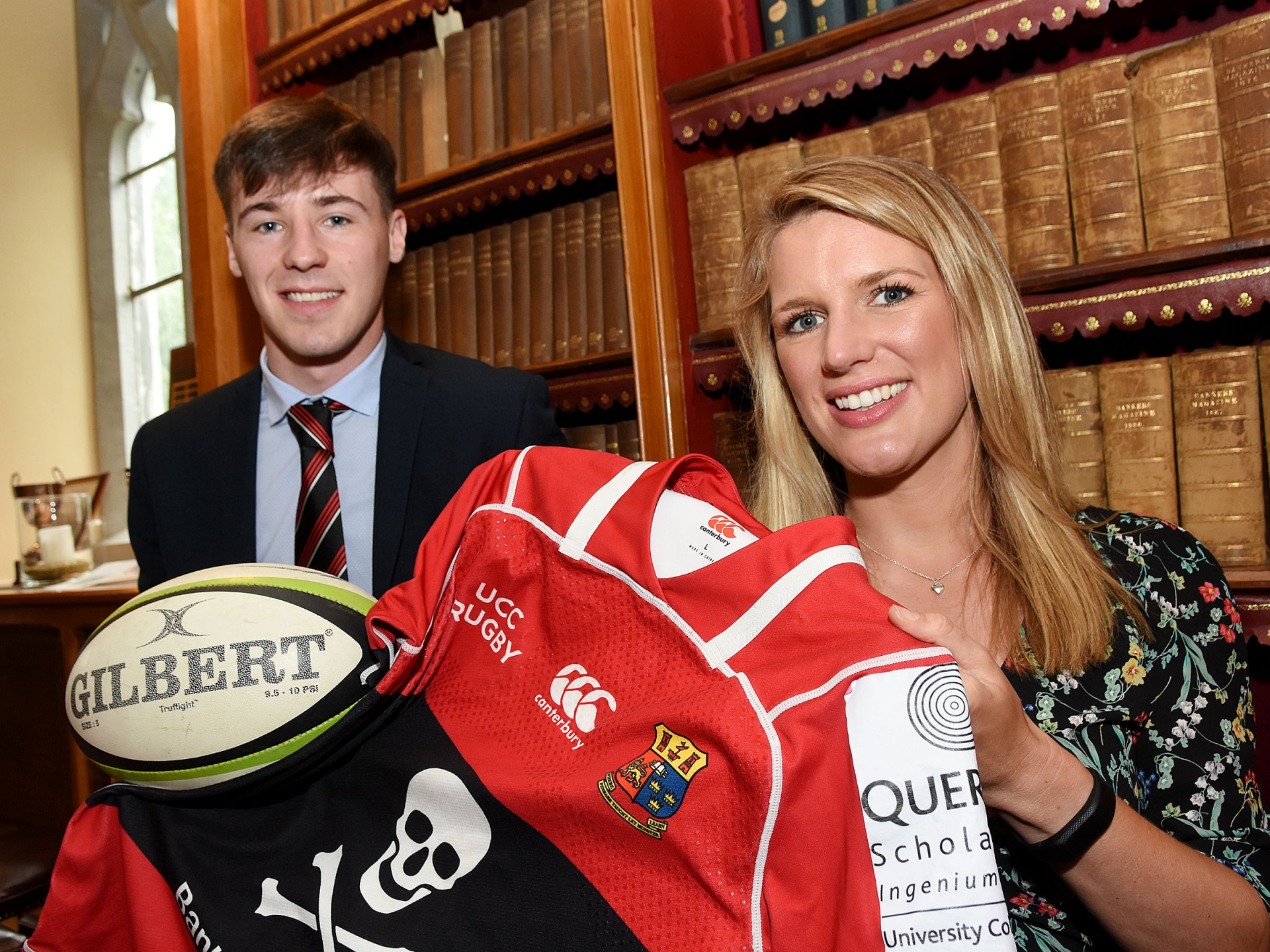 James Taylor, the inaugural winner of the Moss Keane Rugby Scholarship, has just completed his second year of Finance in UCC. He was a member of UCC’s All Ireland Division 1A team in 2018/19, the leading points scorer for UCC and the AIL division 1 in his first year playing at the top level.  He was awarded a UCC Sports Star Award in April of this year and the All Ireland League Rising Star Award by the IRFU at its annual awards at the end of the season.

James will receive a monetary award in addition to physio, medical, physiological testing, nutritional advice, strength and conditioning, and all other services required to progress in his sport whilst playing for UCC. The Scholarship will ensure that James is provided with all the backup support required for him to progress in his rugby career and assist with his academic career. 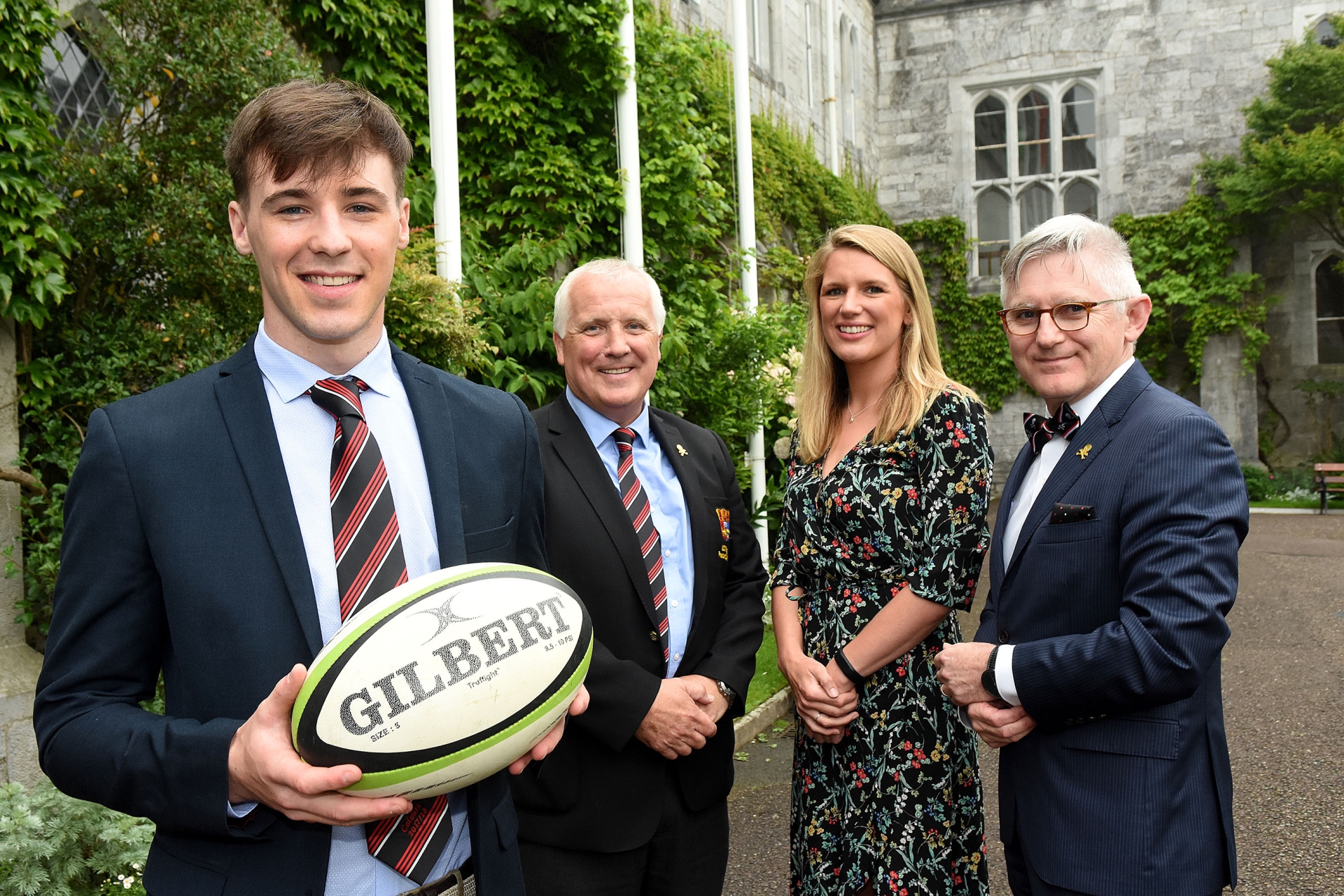 Rory Bevan, President of UCC Rugby Club, said that James Taylor was a worthy recipient of the scholarship. He noted that while James had been successfully studying for a Degree in Finance, he had been instrumental in the rise of UCC RFC to the top level of Irish Club Rugby over the last few seasons.

"His abilities had been recognised with selection on the Irish Students team over the last two years and he had been named as the All Ireland League Rising Star Award by the IRFU in 2019."

A native of Currow, County Kerry, ‘Mossie’ was originally a Gaelic footballer for his county and UCC before being introduced to rugby as a 23-year-old student. Keane embarked on his rugby journey at the University while studying for primary and post-graduate Degrees in Dairy Science and he remained a committed supporter of the University Rugby Club until his untimely death in 2010 aged just 62. He had lived in Portarlington. 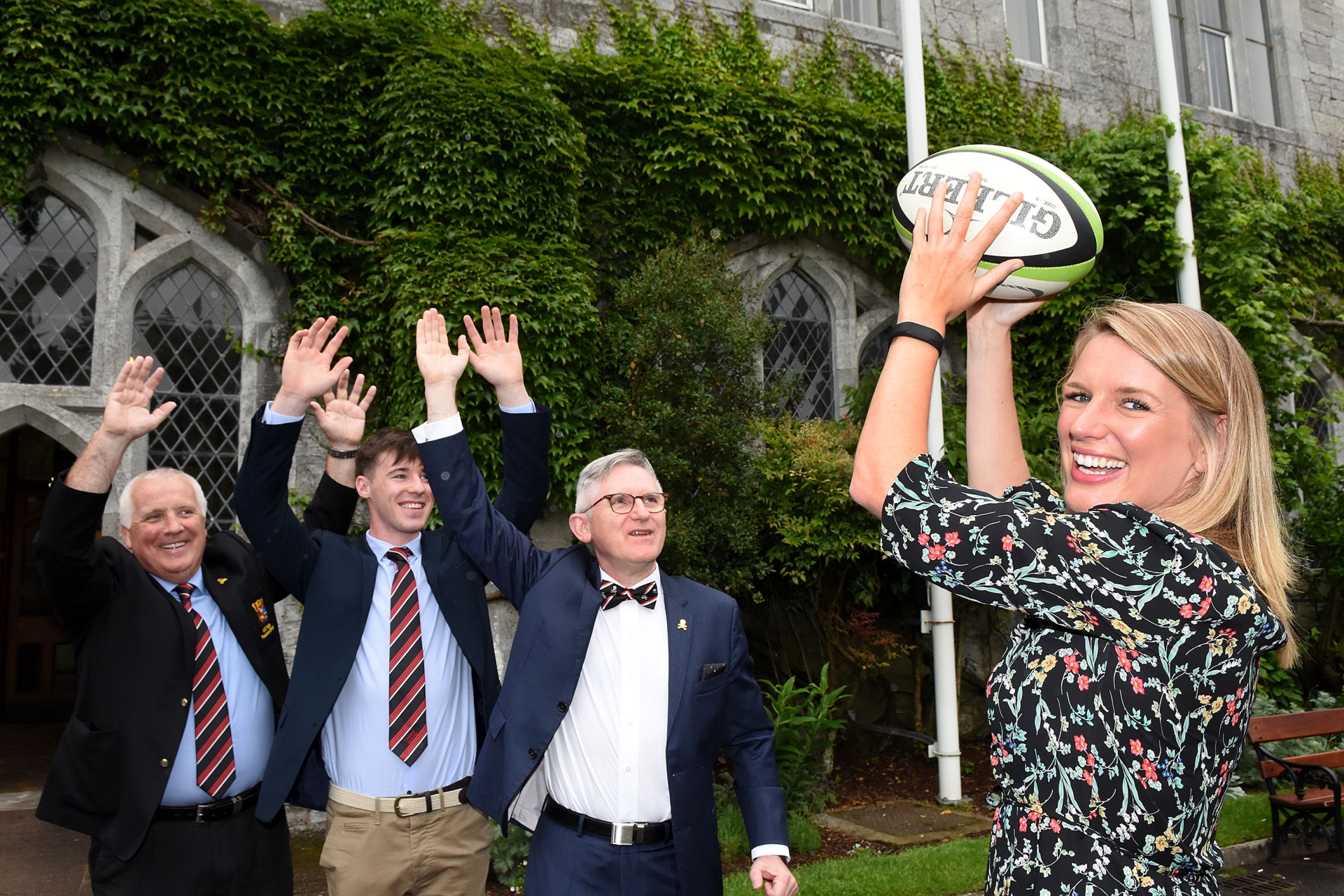 Former University, Munster and Irish teammates of Moss Keane were in attendance including fellow members of the Munster team, which defeated the All Blacks in 1978, Moss Finn and Christy Cantillon.

Moss’s daughter Ann Marie Keane presented the inaugural scholarship on behalf of the family to James Taylor at a ceremony on Monday.

Anne Marie Keane expressed sincere thanks on behalf of the family to both the University and the Rugby Club for recognising her father in this manner. His time in UCC, she noted, had to a great degree formed the wonderful man that he became.

"The experiences and friendships made in UCC not only created a great rugby player but were also the stepping-stone to a hugely successful professional career and rewarding family life.," she said. 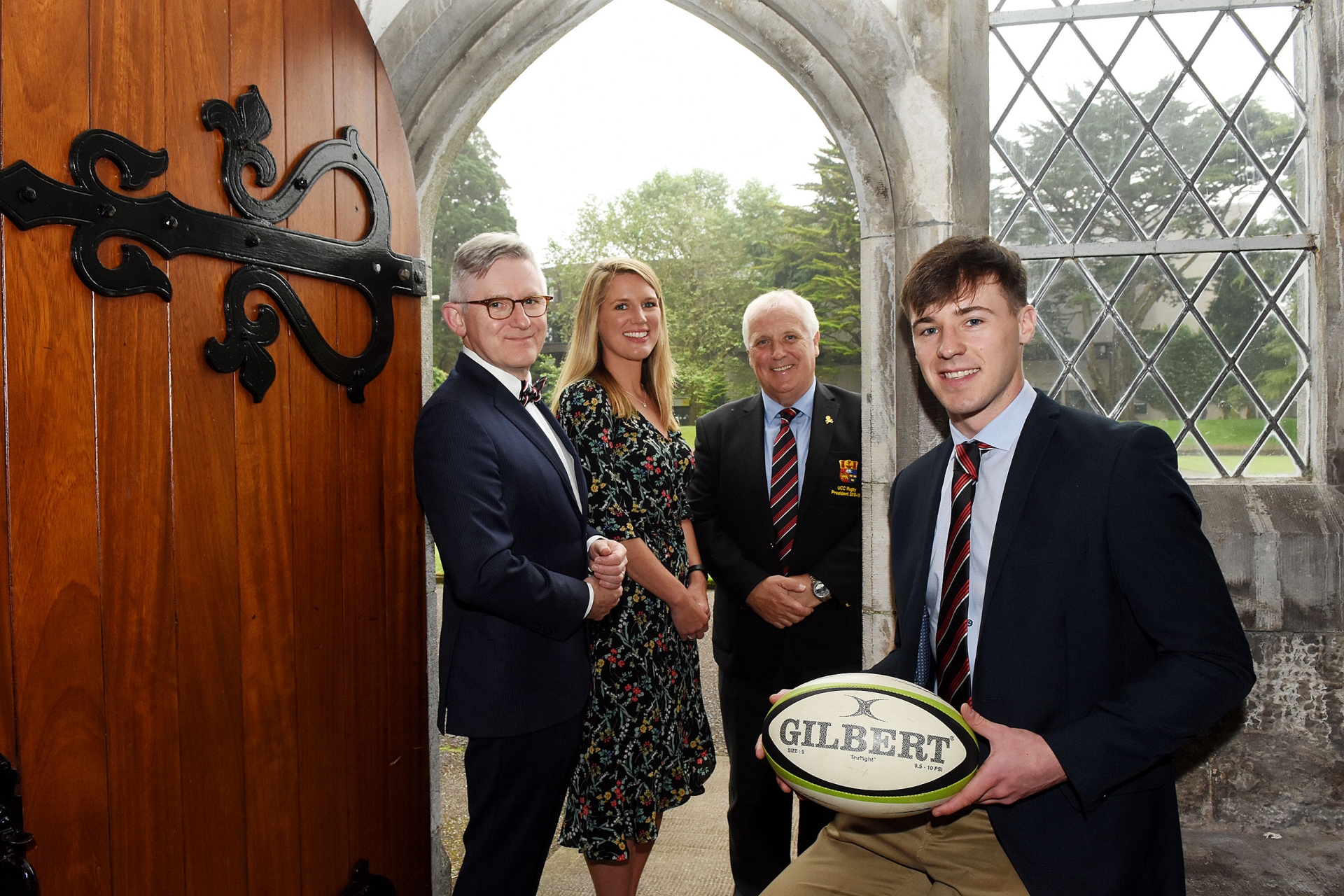