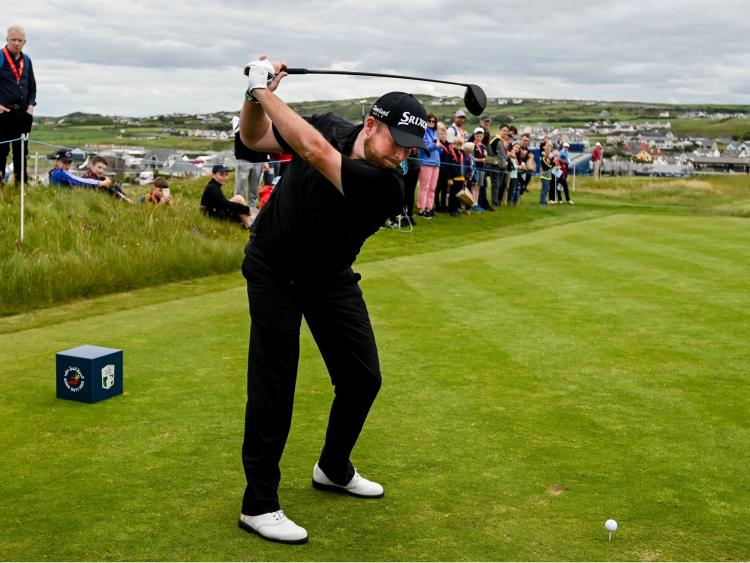 Lowry battling at the top of the leaderboard at Irish Open

Shane Lowry is just one shot off the lead after a brilliant first round at the Dubai Duty-Free Irish Open at Lahinch.

Lowry teed off just before 9am on Thursday morning alongside last year's winner Russell Knox and English hope Tommy Fleetwood.

He got off to a shaky start with a bogey on the third hole but that would prove to be the only one of his entire round. He made that shot back with a birdie on 5 as he settled into his opening round.

Another birdie on the 9th saw him make the turn at one under par and the Clara man played some exceptional golft on the back nine.

Although he hit some wayward tee shots on the sloping links course, his approach play was in sublime shape. He cracked the ball off the pin on more than one occasion as he came home in style.

Birdies at 12, 14 and 18 saw him finish up on four under par with a round of 66, putting him right in contention at the top of the leaderboard in his bid to regain the title he won as an amateur back in 2009.