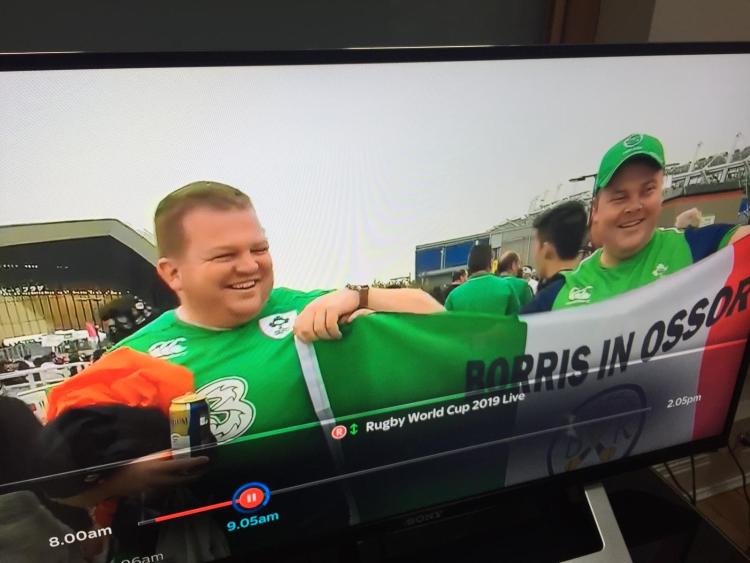 As the clock ticks down to tomorrow's county final Borris-Kilcotton can count on support all the way from Japan!

The Borris-Kilcotton flag and colours have appeared this morning on the streets of Tokyo as Ireland get set to face the All Blacks.

Captured on live coverage of the build up to this morning's game in Tokyo was Ian Fitzpatrick, Ballybrophy, on right, with his friend Mick Crowley from Cork proudly displaying the Borris-Kilcotton colours.

Ian is in Japan for three weeks for the rugby and is hoping for victory all round over the weekend and, with support as international as this, the pep will clearly be in Borris-Kilcotton's step as they get ready to meet Rathdowney-Errill.