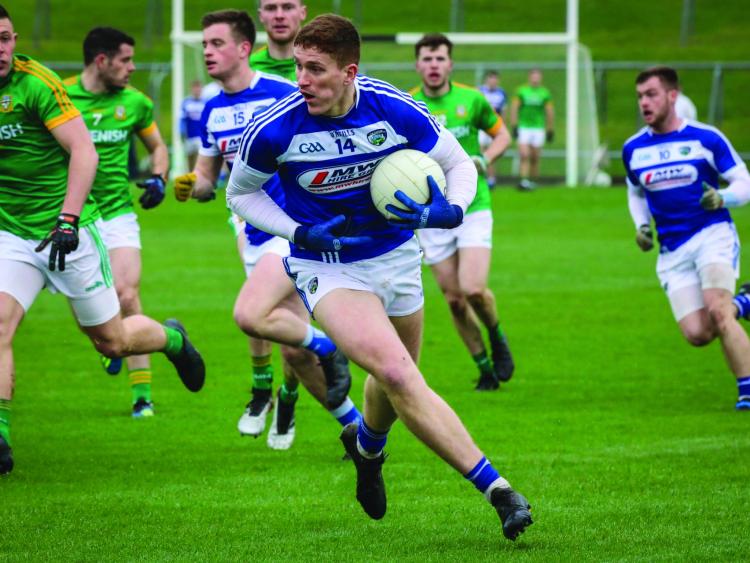 Micheal Quirke’s Laois side ended their 2020 O’Byrne Cup campaign, with a defeat, falling to a ten-point loss against an impressive Meath outfit, in Pairc Tailteann, Navan, on Saturday afternoon.

Meath were excellent in the first half and held an 11-point lead at the interval. They are preparing for a trip to Omagh to face Tyrone, in the first round of the league and they are certainly making progress.
They played a high pressing game in the opening half, particularly on the Laois kick-out and Laois really struggled in that regard.

Two of Meath’s three first half goals came as a result of Laois losing possession high up the pitch. Meath applied high pressure on the Laois defenders, who then lost the ball and Meath had plenty of runners coming on the overlap, which enabled them to create chances and score goals, which were crucial in giving them a healthy lead at the interval.

Qualification was out of Meath’s hands prior to this encounter, though one would not have guessed it, as they played like a team with plenty to prove.

Laois were poor on the other hand and have plenty of scope for improvement ahead of their meeting with Roscommon in the first round of the league on the 26th January.

This was a very open game of football, though both sides opted to give a lot of players a chance, as Laois made ten substitutions over the course of the game, while Meath made eight.

Meath registered three points in the first ten minutes to give themselves an early lead, before Gary Comerford’s effort opened Laois’s account.

Meath went on to register the next four points in succession to stretch their lead to six, before Jack O’Connor scored the game’s first goal with 23 minutes played after a mix-up from a Laois kick-out.
One of the Laois defenders lost possession, as Sean Tobin turned him over and Thomas O’Reilly set up O’Connor, who finished to the net.

Meath had another goal three minutes later, with Ronan Ryan palming to the net at the end of an excellent move and things looked ominous for Laois at this stage of the tie.
Gary Comerford responded with a free for Laois, before Evan O’Carroll goaled in the 33rd minute after being set up superbly by Michael Keogh.

Shane Walsh registered a “45” for Meath, before the same player found the net moments later, as Laois lost possession trying to play out of defence and Walsh made no mistake with the finish.
A free from O’Carroll in front of the posts was the final score of the half, with the Royal County holding a 3-8 to 1-3 lead at half-time.

A Ben Brennan point opened the second half scoring, though Laois’s best part of the game was a 12 minute spell between the 39th and 51st minutes, as they scored eight points in succession to reduce a 12 point deficit to a mere four points, with Mark Barry (3), O’Carroll (2), Michael Keogh, Eoin Buggie and Ronan Jones all finding the target.

That was as good as it got for them however, as Meath responded with 1-4 in quick succession to undo all of Laois’s good work.
Meath held out for a ten-point win, though neither team advanced to the next round. Laois have a three week break before facing Roscommon in their opening league game.