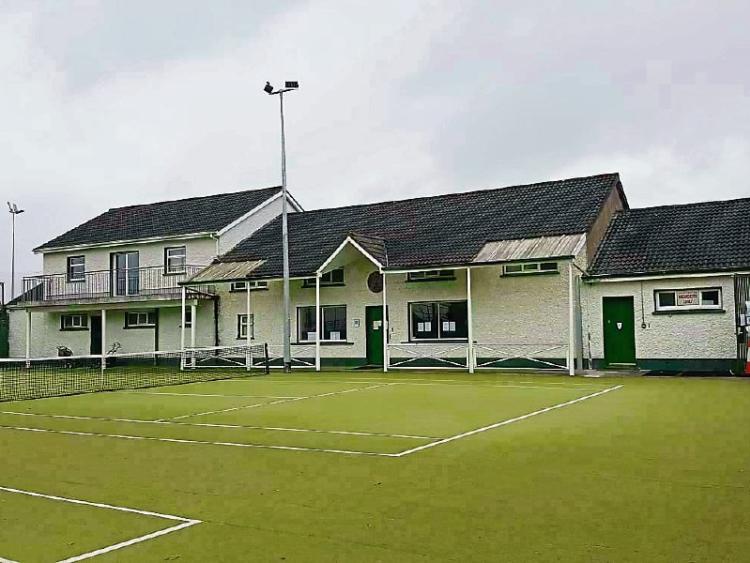 Abbeyleix Tennis Club re-opened on May 18 following an extended two-month break due to the Covid-19 pandemic, but now the members have returned to the courts with a pep in their steps.

The Club is centrally located in the heart of the town at Fr Breen Park and boasts five floodlit courts for its members. They locked their gates in line with the Government restrictions but re-opened two weeks ago much to the joy of their members.

However, many of the club’s members are still unable to get back into the swing of things due to the 20km travel restrictions

“We’ve been strictly adhering to the protocols and everyone is sticking to the rules. The members are just delighted to be back out on the courts,” said Sarah Clancy, a member of the Club’s steering committee.

“From a mental health point of view, the benefits of getting back into the routine of exercise have really struck me. Personally and for other members of the club, it’s been outstanding to get back involved. We’ve missed our tennis, to say the least.

“Quite a few of our members live outside of the 5km radius so it’s been relatively quiet the first couple of days back. We would have quite a large catchment area that spans down as far as Kilkenny and even some up around Ballybrittas, so you’d be surprised how many actually live within the 5km.

“We’re looking forward to the travel restrictions being lifted or increased to the 20km so that more people can get back to the club. There’s definitely a degree of excitement for next week as that allows a lot of those to return.”

The club has introduced a range of measures to ensure a safe return and the continued safety for its members.

“We’ve implemented some practical measures such as not touching the gate, we’ve installed a mechanism that allows people to open and close the gate with their feet to avoid hand contact. We’re also adhering to the protocols from Tennis Ireland around not sharing balls and only touching your own ball,” said Sarah.

“We’ve installed hand sanitizers so that people can sanitise on entry, exit and during games if needed. And our clubhouse is closed too in line with the measures.

“All court bookings have to made online and players named in advance to ensure that in the event of contact tracing needing to be done, we have a list of anyone that may have come in contact with the person who has become unwell.

“One of the biggest restrictions on us has been the singles-only games, meaning unless all four players are from the same household you can’t play doubles. Other than that, we’ve had to take out all the tables, chairs and any other objects that can be touched.

“They are all restrictions that we can live with it in the interest of getting back playing, to be honest!”

The club paused memberships during the lockdown, meaning players will get the two months they missed added on, while they also have attractive introductory offers for potential new members with two varying start dates in line with the lifting of restrictions.