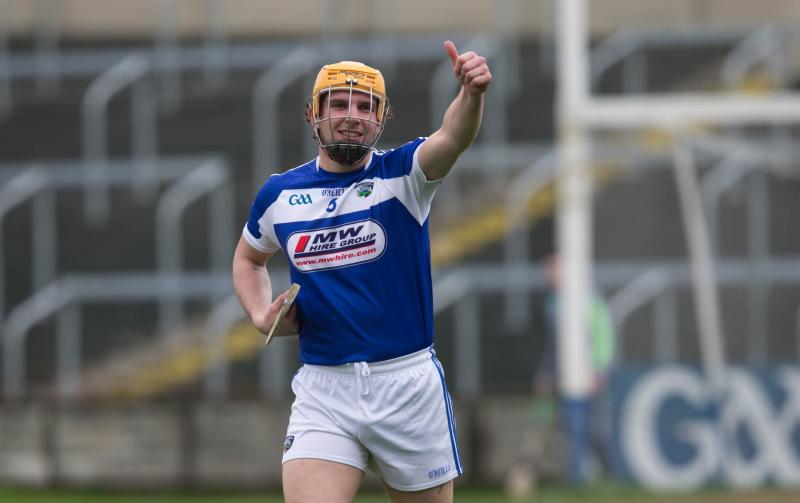 Charles Dwyer will be back in the Ballinakill jersey this Summer after his transfer back from America was rubber stamped by Croke Park.

Dwyer had been affiliated with the Tipperary club in New York but the Leinster Express can confirm he is now back registered as a Ballinakill player ahead of the upcoming Senior hurling championship following approval from Croke Park last Saturday week.

Affectionately known to the wider Laois hurling community as ‘Cha’, the sharpshooter returning will be a massive fillip for the Ballinakill club and may also be a shot in the arm for Laois boss Eddie Brennan who will no doubt be keeping an eye on his form in the club championship.

Dwyer played a key role in the O’Moore County’s win over Dublin last year and has been a key man for the last number of years, often carrying the bulk of the scoring can.

Dwyer’s last game for Laois came in the All Ireland quarter final defeat to Tipperary last year and his absence in the National league this year was a big blow to the Laois men.

Also on the move is former Laois and Emo man Billy Sheehan. The Kerry native has moved from St Jude’s in Dublin to Cratloe in Clare, the home club of Clare football manager, Colm Collins.