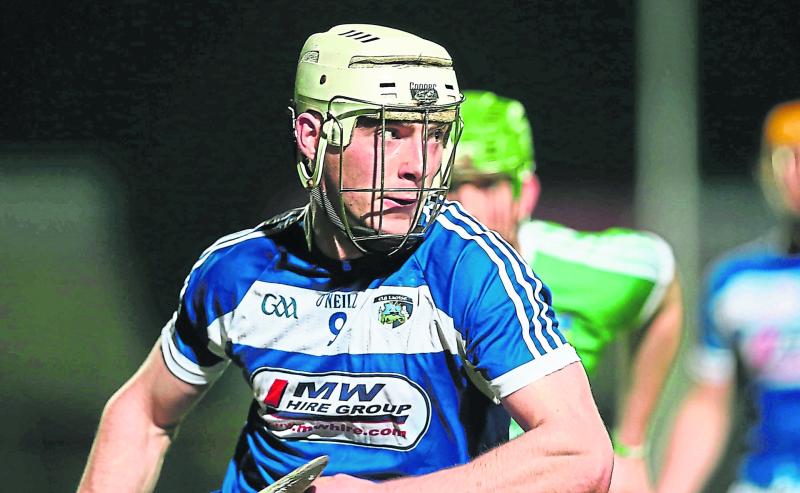 Ben Conroy in action for Laois.

With news of Cha Dwyer returning to the club scene in Laois still on the lips of hurling folk in the County, The Leinster Express can also confirm that Ben Conroy has transferred back to Slieve Bloom for the 2020 championship with his transfer being approved last Thursday.

Conroy had transferred over to Robert Emmets in London towards the latter part of 2019 but he will be back in the Slieve Bloom colours as championship rolls around the corner at the end of the month.

Conroy is a talented hurler and footballer and was a key man for the Laois hurlers in 2018 but the 2019 season that saw Laois win the Joe McDonagh cup was a personal disaster for him.

An injury ravaged year prevented him from playing any part but did get back fit to help Robert Emmets to a County final appearance in London late last year.

Slieve Bloom are in the Premier Intermediate hurling championship while they will line out in the Junior 'B' football championship with Conroy returning a massive boost for both.

He is certainly a player that would be worth his place on a Laois panel when free from injury and Eddie Brennan is likely to be a keen observer of the Slieve Bloom man during this club window.