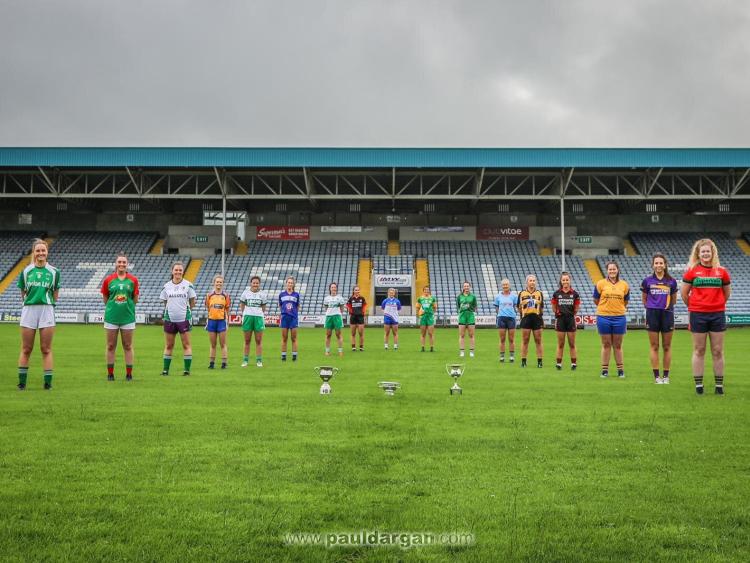 The Laois Ladies football championships kicked off this weekend

Football is back but it had a familiar feel to it as reigning Laois Ladies Senior football champions Sarsfields sent out a chilling warning to the pretenders to their throne on Sunday morning, recovering from a shaky start to dismantle Timahoe.

Played in beautiful sunshine in Mountmellick, Alan Mullen’s charges really twisted the knife once they got their noses in front as they racked up a massive 8-17.

Mullen said after the game that they still had plenty to work on and while that is a cliché of a line from a manager, he did see his side hit 13 wides and spurn at least three more glorious goal chances.

Timahoe started extremely well with Mo Nerney the focal point at centre forward. Nerney kicked two points in as many minutes before Jenny Murphy clipped one over to give them a 0-3 to 0-0 lead over the seven in a row champions.

Five minutes in and the champions were off the ropes with Claire Conlan finding the net from close range to get them back in action.

Points were exchanged in the following passages of play but with the sides’ level on 1-2 to 0-5, Sarsfields struck for their second goal on 10 minutes when player of the match Joyce Dunne finished off a fine team move.

Three minutes later and the same player struck again while Leah Tarpey stormed in from midfield to kick two quick fire points to give Sarsfields control at 3-5 to 0-6 after 20 minutes.

Mo Nerney was keeping the fight going for Timahoe but the switching of Amy Loughman onto the Timahoe star proved a shrewd move from the Sarsfields management.

Right on half time and the home side pulled further clear with Mags McEvoy grabbing the first of her two goals to leave it 4-5 to 0-8 at half time.

There was to be no comeback in the second half as Timahoe could only manage a point in the closing 30 minutes as Sarsfields became ruthless and really put them to the sword.

The driving runs forward from Captain Rachel Williams proved a big platform for the forwards as Laura Marie Maher, Lorna O’Sullivan and Claire Conlan all scored freely in the second half.

Joyce Dunne stood out at centre forward as her strong and direct running caused major headaches for the Timahoe defence while the Sarsfields woman also took her chances when they presented themselves.

She fired 4-1 and led the line perfectly.

It’s only the opening round so Sarsfields won’t be getting ahead of themselves while there is also still plenty of time for Timahoe to re-group and get back motoring.