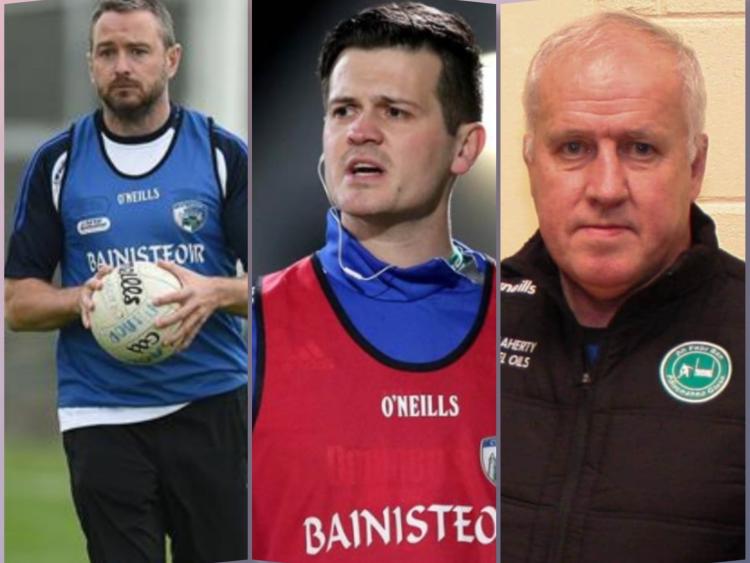 The Offaly Senior football championship kicks off this weekend and there will be three Laois natives looking to steer teams to the Dowling Cup over the Slieve Blooms.

The Offaly championship is a hugely competitive championship and it will be interesting to see if any of the Laois men will be able to work their magic.

The St Joseph's club man is in his second year with the Ferbane club in West Offaly and in his first season last year he led them to the championship for the first time in 25 years. A club with an unbelievable amount of young talent, the former Laois senior manager got the best out of them as they defeated Rhode in the final.

Cian Johnson has long been touted as the next big thing in Offaly football while Joe Maher is also a former County player that will be a key man in their attack.

They have lost veteran Aidan Keenaghan who has transfered over to Laois club Ballyfin. Keenaghan was the only player over 30 on the Ferbane starting team in last year's County final and Dempsey has a stream of young talent at his fingertips.

Players from Ferbane also play Senior hurling with the Belmont club and given the condensed championship this year, that may be an even bigger headache this year.

Rhode have been the kingpins of Offaly football for more than a decade now and are once again the favourites for the championship.

Former Portlaoise manager Malachy McNulty has come in this year and taken the reins after the North Offaly club were beaten by Ferbane in last years final.

They had to play almost all of that final without star man Niall McNamee who only came on near the end having picked up a head injury in the semi final.

Rhode are a seasoned team, similar to the Portlaoise team that McNulty had success with. The McNamee's, Darby's and Sullivan's all form the spine of the team while they also have Aaron Kellaghan, son of former Offaly player and current Westmeath coach - Paschal Kellaghan in their ranks and he is fresh from Captaining St Joseph's Rochfortbridge to their first ever Leinster Schools Senior 'A' football title last weekend.

Clonaslee man Mark Rooney is managing the Shamrocks club this year. Rooney is a former Laois Minor football manager where he led them to a Leinster final and has also managed a variety of club teams including Twomilehouse in Kildare.

He takes over the Shamrocks club who were promoted from Senior 'B' last year having been down in the second tier since 2011.

Having won the Senior 'B' title in Offaly in 2018, they went on to the Leinster club Intermediate football final where they were beaten by a solitary point by Kildare's Twomilehouse.

Ferbane beat them in last year's quarter final and they are not short in firepower either with former Offaly forward Nigel Dunne leading the line. Offaly goalkeeper Paddy Dunican is another key outfield player for them while up and coming forward Jack Bryant is also a player that Rooney will be hoping to get the best out of.

All the action kicks off this weekend with Malachy McNulty's Rhode taken on Clara, defending champions Ferbane and Sean Dempsey take on Edenderry while Mark Rooney's first championship assignment is a clash with newly promoted Bracknagh.