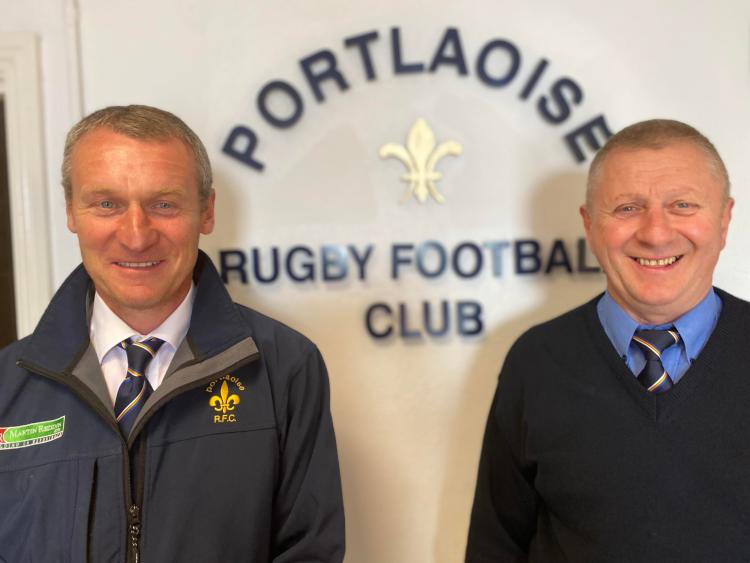 Philip Bradley was voted in as the new President of Portlaoise Rugby Club at the well attended AGM held in Togher on Wednesday night last, the 22nd July.

Mr Bradley was delighted to be voted in as President and commented:

"I’ve been a member of Portlaoise Rugby Club for 33 years and never in my wildest dreams did I think I’d be sitting up here as Club President.   I want to thank outgoing President, Pat Hooban and the outgoing committee for the work that has been done over the past few years and it’s now time to build on that."

Philip also said that he is looking forward to continuing to grow the women’s club and in investing in the young members of the club.

Outgoing President Pat Hooban said that he had enjoyed his time immensely over the past two years and thanked all the outgoing committee for the help he was given.  He also said that it was great to have won so much including the seniors winning the Hosie Cup for the first time in a decade, during his tenure.

Trevor Flanagan, the Secretary of the Club, began the meeting by having a minutes silence for families and friends of all members who had died in the past year and a minute’s silence was held for Denzil Mills from Colliers Lane, Portlaoise, a stalwart member of the club who had died in March of this year.

New PRO, Pauline Flanagan said that she greatly looks forward to building on the profile of the Rugby Club and in helping to continue to increase its membership as well as promoting the location in Togher for other events as well.

Dr Brian Flannery who plays front row for the firsts team and was also elected Vice Captain at the AGM, is the Covid Safety Officer for Portlaoise Rugby Club and is in the process of finalising plans to ensure the maximum safety of all members, families and friends when the season begins again in September.

The full committee elected at Portlaoise Rugby AGM include: