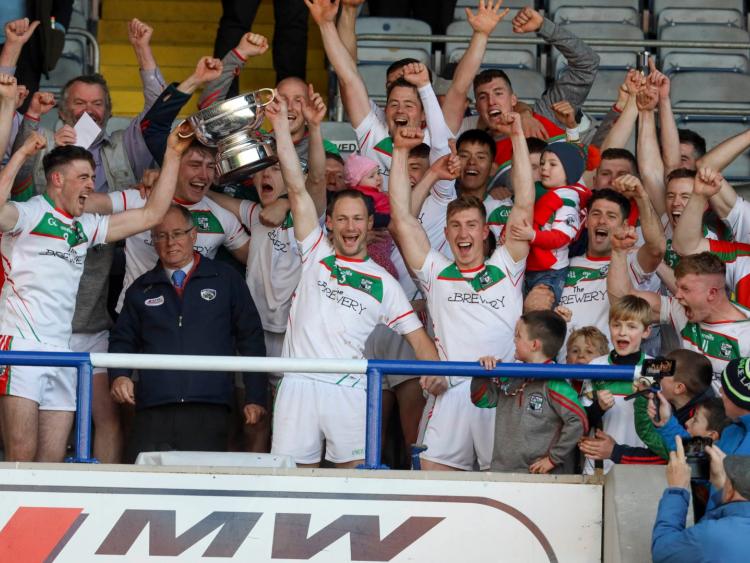 It has been a long wait but finally, championship action is around the corner in Laois as the Hurling championships kick off this week.

The big one of course is the senior hurling championship. Arguably one of the fiercely contested championships in the Country, every team crossing the white lines will genuinely believe they have a shot at seeing the glory days later on in the Autumn.

This year will have a different feel to it and that can’t be helped. Thursday night sees the start of the action but with the Covid-19 restrictions still in place and phase four put back until August 10, only 100 supporters will get access into MW Hire O’Moore Park for the crunch games.

That will be a different experience for all involved but it is one that the players will have parked at this stage.

Their job is to deliver the goods once that whistle is blown and the number of people in the stand won’t have any bearing on the players and their task in hand.

It is a strange time to be facing into a club championship.

Normally you would have a competitive club league under the belt while Laois would also have played championship.

The Covid-19 pandemic has arguably thrown the championship even further down the competitive route.

How can you know how teams are shaping up until the white heat of battle?

Challenge games and internal games are all grand and they serve a purpose but players and managers alike know only too well that when it comes down to it, nothing can fully prepare you for the championship intensity.

Rathdowney-Errill will have the bullseye on their back this year.
With no league to base how things are going this year, the fact that they are the reigning champions is enough to put the favourites tag on them.
They are around a long time now and have been at the top before.

They will know that there are plenty of clubs lining up for them and that the quality of teams in the championship means that they will need to be on top of their game regardless of who they are coming across.

Laois manager Eddie Brennan is also chomping at the bit to see how lads are shaping up.

He has had no access to the players and won’t have any until the middle of September so the club championship will no doubt be used as a marker of where players are at and the form they’re in.

A Laois senior hurling team this October is likely to be picked on club form and while there is an argument that should be the case the whole time, scheduling often means county players have limited time with their clubs.
The format this year is straightforward and is a slight change to years gone by.

Two teams will advance to the knockout stages from four-team groups and that will be the format from senior right the way down to junior.
All hurling championships from Senior to Junior ‘A’ will commence this weekend and be played every second weekend before the finals weekend on the weekend of September 26.

While it’s not knockout, it’s as close as you will get.
A team that loses twice will not win a championship while losing your opening game will put you in a position where you will know if you lose again, your championship dream will be over for another year.

Rathdowney-Errill are favourites to retain with the likes of Ross King, Mark Kavanagh and Paddy Purcell in their ranks but you have Camross, who weren’t far away last year, boosted by the return from injury of Zane Keenan which is sure to bolster their chances.

Borris-Kilcotton can never be wrote off especially when you consider the calibre of hurlers like Matthew Whelan, PJ Scully, Aaron Dunphy and the Stapleton's. They made the final last year and losing that will be a big driving factor for them this year.

Castletown have been pushing hard the last few years and they will need a big couple of months from Ryan Mullaney and Brendan Reddin if they are to get into the shake up.

They have a huge tradition and for them, it will be about getting off on the right foot and giving themselves a platform to make a semi final.
Charles Dwyer is back available for Ballinakill having been hurling in America while Clough-Ballacolla have still have the class of the likes of Stephen ‘Picky’ Maher, Willie Dunphy, Stephen Bergin and Lee Cleere to call on.

They are a team who may well ruffle a few feathers this year and have proved in the past to be a very hard team to beat.

Rosenallis are a club who are in a winning habit after winning the second tier last year and if they could get a win in their opening round games, they could well grow into the championship.

Fiachra C Fennell along with his brothers will be key men for the newly promoted outfit and they are sure to play in the 'nothing to lose' mindset.

Enda Rowland will Captain St Lazarians Abbeyleix and although he will line out between the sticks, his importance can’t be under estimated especially when his long range free taking is taken into account.
Dayne Peacock's retirement will be a big blow to them however.