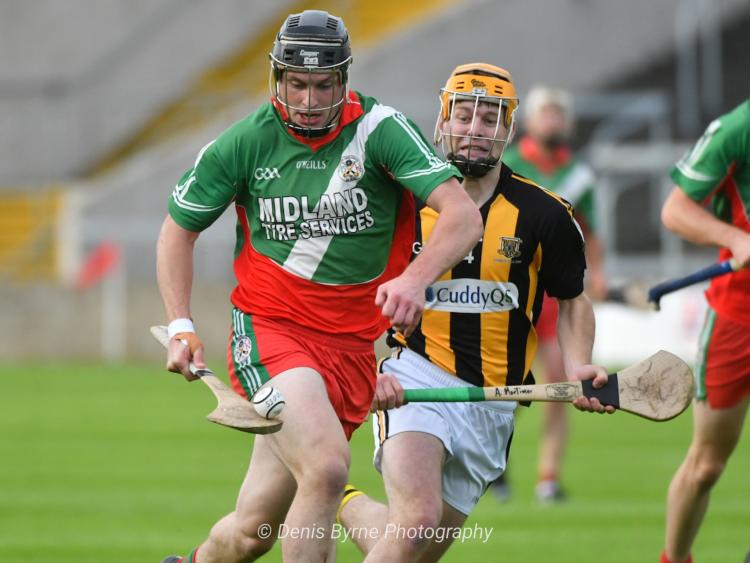 Borris-Kilcotton struck with a late goal to get their senior hurling campaign off to a winning start tonight. The sides were level in injury time but a late Emmet Jones free from way out the field was fumbled to the net from a Camross player on the line to leave the Camross men crestfallen at the final whistle.

Despite lining out without star man PJ Scully, Ciaran Comerford's men got the job but they will worry about Matthew Whelan who looked to pick up a nasty knock late on.

It was a teak tough game from start to finish with the two number twelves - Aaorn Dunphy for Borris Kilcotton and Mark Dowling for Camross the best players on the field.

The first half was an even affair and it was Camross who got the scoreboard moving. Eoin Gaughan clipped that over but Borris-Kilcotton went on to fire over three in a row, the pick of which from Aaron Dunphy as they took an early lead.

Zane Keenan pointed a free for Camross but Borris-Kilcotton had their tails up and four more on the spin including a long range effort from Patrick Whelan and a super score from Neil Foyle had them 0-7 to 0-2 in front.

Camross needed a tonic and boy did they get it with Mark Dowling tearing through the middle and firing a rocket to the net to make it 0-7 to 1-3.

Aaron Dunphy was in fine form and he kept Borris-Kilcotton in front but Camross, through Mark Dowling and Zane Keenan got back on level terms five minutes before the break.

Borris-Kilcotton had keeper Eoin Fleming to thank for two super saves early in the second half as Camross took the upper hand.

Aaron Dunphy was producing the goods at the other end but it was Camross who were keeping their noses in front with the excellent Mark Dowling bringing his tally to 1-3 as they led 1-13 to 0-15 with 43 minutes gone.

Borris-Kilcotton started to fire some lazy wides and Joe Phelan notched another for himself as Camross led by two – 1-15 to 0-16 with seven minutes to go.

Emmet Jones replied with a free to bring it back to the minimum as the game creeped into the final five minutes. Aaron Dunphy levelled before a long free from Emmet Jones as fumbled to the Camross net to put Borris-Kilcotton 1-18 to 1-15 in front and it stayed that way until the final whistle.