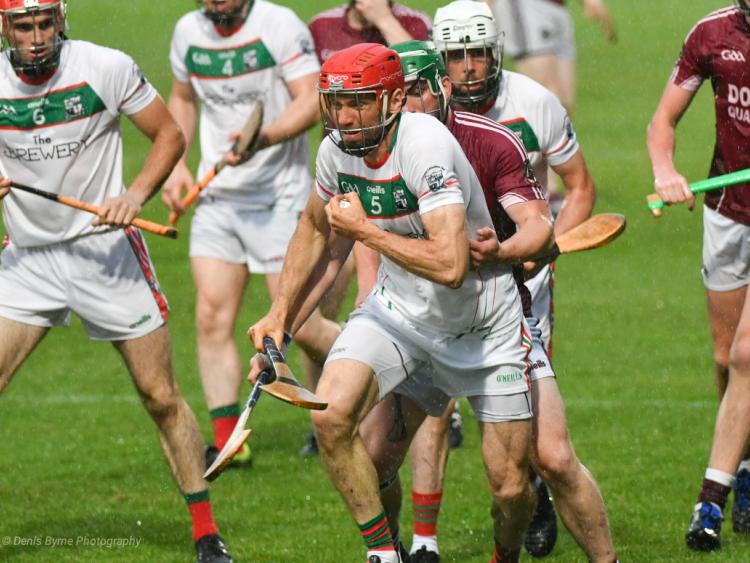 Action from the Laois SHC Round 1 clash between Rathdowney-Errill and Ballinakill at O'Moore Park in 2019. Photo: Denis Byrne

Another game with epic potential and some explosive scoring power.

Everyone will be keen to knock off the champions but the Rathdowney-Errill men themselves will want to kick off their defence on the right foot.

Ross King and Stephen Maher are likely to leads their respective charges on the scoring front but there is a strong support act on both sides.

While Rathdowney-Errill will go into the game as favourites, it's the type of game that you wouldn't be surprised by any result. If Rathdowney-Errill are on top and hit top gear, it is hard to see them bet but Clough-Ballacolla will relish having a cut of them and testing their mettle

Prospects: Clough Ballacolla are a team that can have a right cut at this year's championship. They have class all over the field and when it comes to racking up scores, they have an abundance of talent to find the range.

Willie Dunphy, Aidan Corby, Stephen Bergin and Stephen Maher are all top class forwards and will take a good defence to marshall them.

Lee Cleere will anchor the defence in what should be an interesting campaign for them.

Prospects: The County champions are once again the favourites for the championship and they will take beating.

Ross King, Mark Kavanagh and Paddy Purcell are all among the best in the business in Laois and are the driving force in the team.

It is no easy task to defend a title but they look to have all the tools to have a right crack at it.

They will be the name on everyone's lips and that can bring its own pressures but they you would bet on them being in the business end of the championship and after that, who knows.