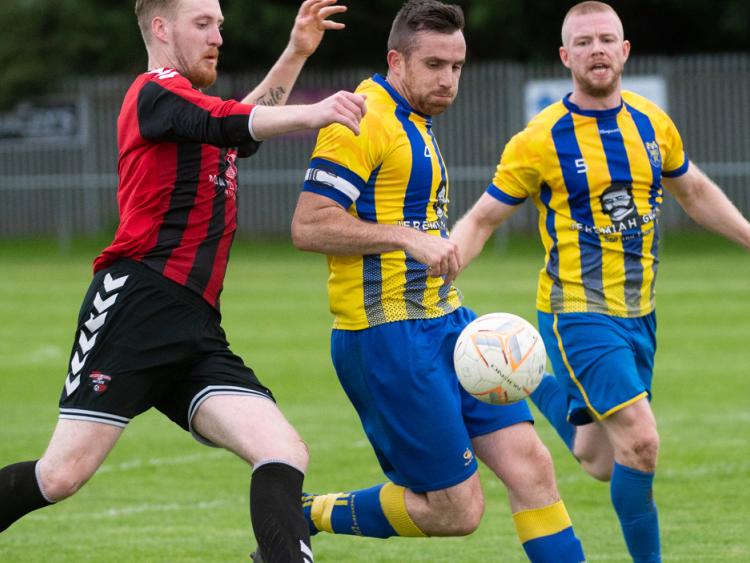 Mountmellick Utd won the league in style on Wednesday night

Mountmellick were crowned CCFL Division 1 champions on Wednesday evening following an emphatic 6-0 victory over Towerhill Rovers in the final game of the season. Mark Grennan was in superb form for the champions as he turned both provider and scorer as he rounded his season off with a fine hat trick to end the season on a high for the Mountmellick men. Mountmellick finish the season having only lost twice and overtook Mullingar on the night to claim the top spot.

Indeed, Towerhill Rovers will have had one eye on the Counties Cup Final where they will play Birr Town, who ironically beat Mountmellick in the semi-final.

Mountmellick, who were out to prove a point following a narrow 2-1 loss to Birr in the cup, got off to a dream start and were 3-0 up inside the first 20 minutes. Robbie Hibbitts opened their account just two minutes in. A Darren Strong shot proved too powerful for Richard Downey to catch and Hibbitts was on hand to head the rebound into the net. Two minutes later and Mountmellick were 2-0 up.

Mountmellick were the dominant side in the opening half and imposed themselves physically on an out of sorts Towerhill. They could have been 5-0 up after 30 minutes but for some good goalkeeping by Downey, first saving a shot from Darren Strong and then saving a one on one with Shane Dowling following a neat pass from Robbie Hibbitts. 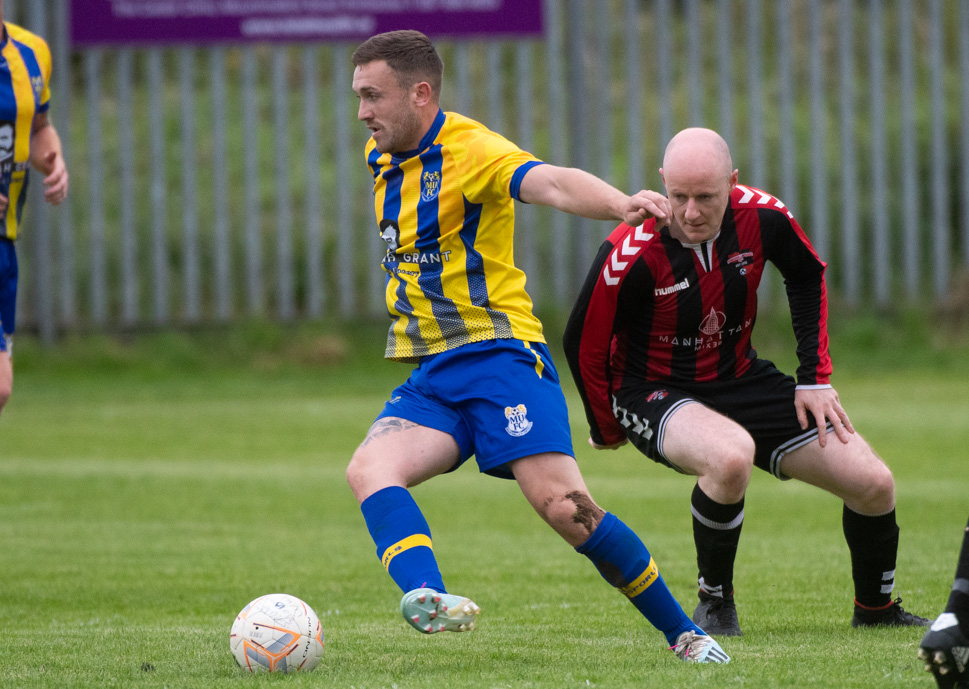 Just before the half-time break, Mark Grennan got his first of the night. A long ball from Hibbitts again found Mark Grennan and he used all his experience to beat Downey at his near post to put the game beyond reach for the Portlaoise outfit.

Towerhill settled into the game in the second half and started to string some passes together. However, with Hibbitts threatening on every attack and left back Shane O’Connell whipping some good crosses into the box, it seemed like it was only a matter of time before Mountmellick scored again.

That goal came on the 76th minute mark. A long ball found Darren Strong. His effort went over Downey in the Towerhill goals to find Grennan again who drove the ball into an empty net.

Grennan completed his hattrick in the dying moments when he found himself free in the box. Grennan turned and slotted past Downey to complete his hattrick and pour further misery on Towerhill. Hibbitts could have also had a hat trick when he rounded the keeper and his skilfully placed shot rolled in. 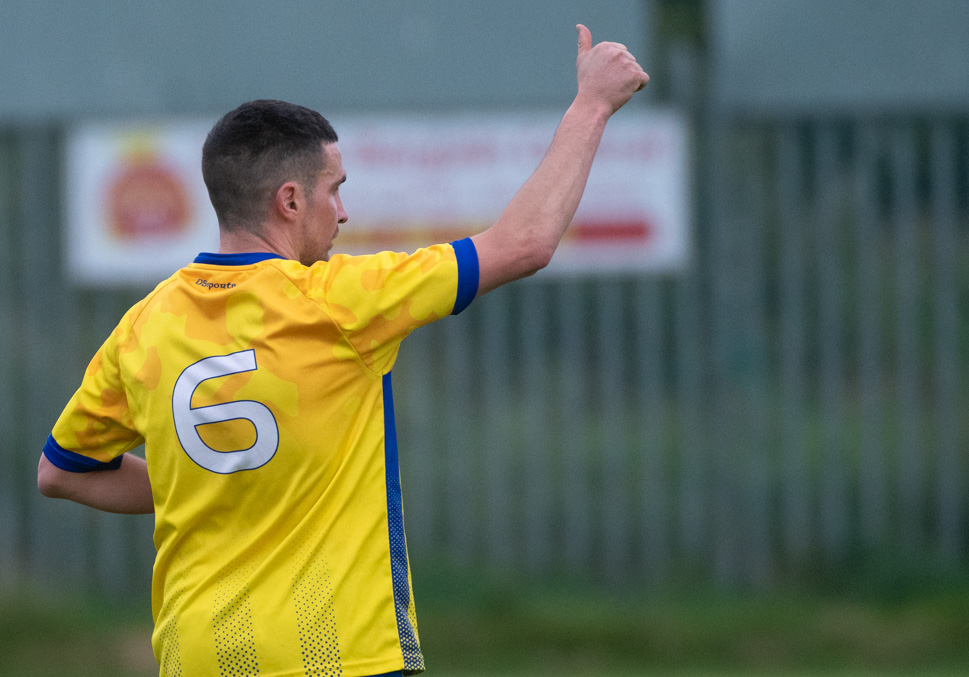 Despite a premature celebration from the number six, the referee ruled the goal out for offside. His disappointment was short lived however, as the referee blew the full-time whistle to end the season with a 6-0 win and a Senior Division title for the Mountmellick men.