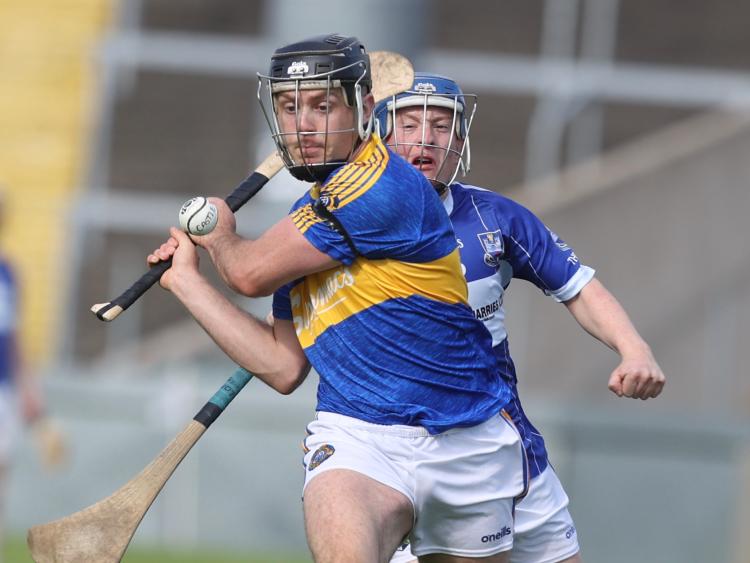 Unfortunately for Castletown, this clash against Clough-Ballacolla looked to be an uphill battle before the sliotar was even thrown in for them. It proved to be as one-sided as expected as well, despite a slightly improved Castletown performance in the first half.

The result means that Castletown face into the dreaded relegation final, while Clough-Ballacolla can look forward to another semi-final, where they will be hoping to go one step more than they managed last year.

Jordan Walshe got the opening point from the throw-in, as he won the breaking ball and split the posts without hesitation. Dylan Conroy replied with Castletown’s opener through a free, levelling the sides after a minute of action.

Clough-Ballacolla began to assert their authority after, as a Stephen Maher converted free put them in front again, before Jordan Walshe fired over another two points in succession.

Joe Phelan got one back for Castletown, but Clough-Ballacolla struck the first goal of the game minutes later. Robbie Phelan played a lovely, low ball into Stephen Maher, and while his shot was well saved by Castletown keeper John Paul Bennett, John Dwyer made no mistake with the rebound.

Stephen ‘Picky’ Maher sent over a 65’ to extend the Clough-Ballacolla lead out to seven points with ten minutes played, before Castletown corner-back John Gaughan blasted over one of the scores of the game from well inside his own half.

John Dwyer and Dylan Conroy swapped points before the first water break of the match occurred, as Castletown management attempted to regroup their men who trailed 0-4 to 1-6.

Centre-forward Mark Hennessy placed over the first score after the water break concluded, as Hennessy took advantage of an Evan Cuddy slip to tap over from close range. Strong workrate up front from Castletown forwards allowed Tadgh Cuddy to get on the scoreboard and bring it back to five points again.

Stephen Maher sent over a free after missing a few opportunities prior to this one, but Castletown were battling away, and an excellent Dylan Conroy score kept them within range as we approached half-time in O’Moore Park.

However, Castletown were dealt a hammer blow two minutes before the break. Willie Dunphy went rampaging through the middle in acres of space, and while his effort was straight at John Paul Bennett in goals, the wily John Dwyer was there once again to fire home the rebound for his second goal.

Jordan Walshe and Ronan Broderick raised more white flags for Clough-Ballacolla, and while Dylan Conroy converted another free for Castletown, Clough-Ballacolla finished strongly. A point apiece for the two Corby’s, Aidan and Brian, meant that Clough-Ballacolla held a commanding lead of 2-12 to 0-7 at half-time.

Tadgh Cuddy claimed the opening score of the second-half for Castletown, as he converted a free that he earned himself. However, Clough-Ballacolla were dominating the puck-out in the middle of the park, and the resulted in Jordan Walshe and Willie Dunphy scoring two points each.

Tadgh Cuddy got his and Castletown’s second score of the half, but Clough-Ballacolla didn’t seem to want to give them a sniff of it, and rattled off 1-4 before the second water break.

Walshe, Maher and Hennessy all raised white flags, before Dwyer got in for his hat-trick. It was a simple finish really, and it all came from some strong Aidan Corby running in midfield for Clough-Ballacolla to leave it on a plate for Dwyer.

‘Picky’ Maher got another one before whistle for the water break, as Clough-Ballacolla led 3-20 to 0-8 in a scintillating championship display.

Jordan Walshe and Joe Phelan swapped scores after the water break, before Clough-Ballacolla went on another run. Maher slotted over two frees, before Mark Hennessy bagged a fourth goal, with a lovely finish into the bottom right corner.

Joe Phelan and Tadgh Cuddy (free) managed to pull a few points back for Castletown, but Clough-Ballacolla’s Stephen Maher and Robbie Phelan rounded the game off with points to complete a dominant display.