A brace from Jo Jo Salmon sealed the deal 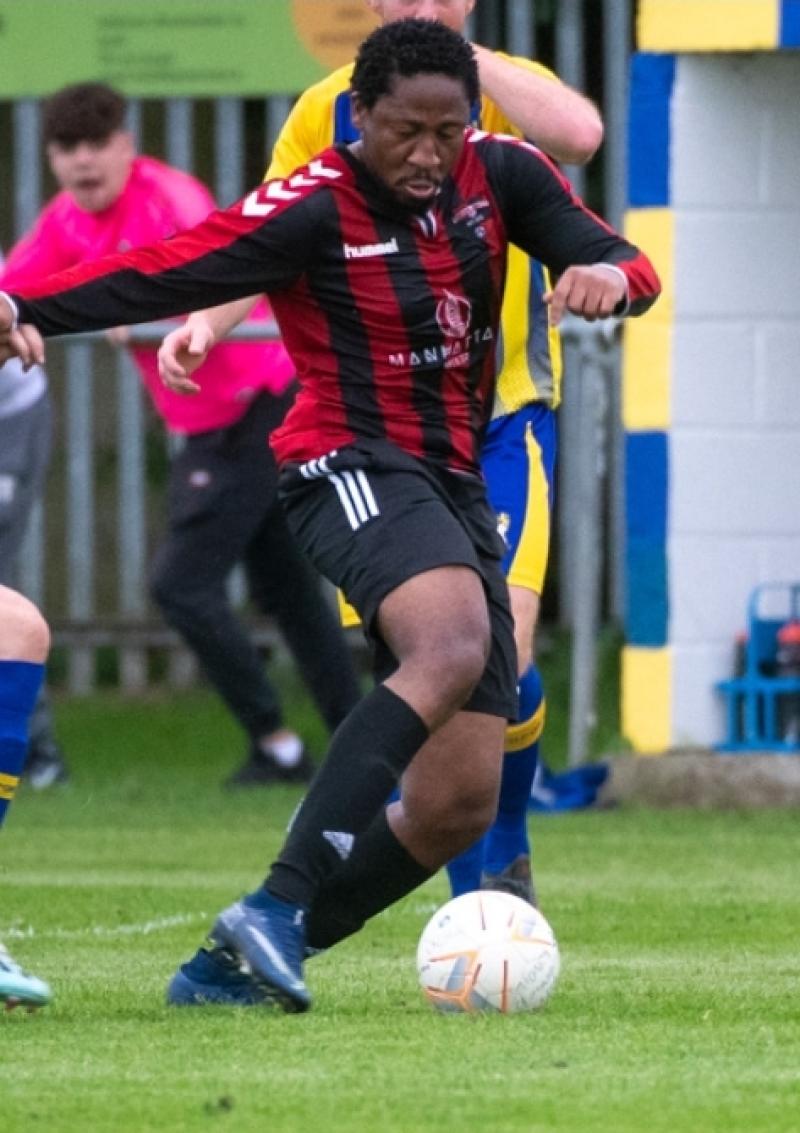 Towerhill Rovers completed one of the shocks of the season on Sunday afternoon in the John Farrell Combined Counties Cup Final.

Considered rank outsiders for the game, they scored two first half goals to beat Senior Division champions Birr town 2-0 in Conor Davis Park in Mountmellick, after a brace from Jo Jo Salmon.

It is a fairy-tale end to the season for Towerhill Rovers. The Portlaoise outfit were only founded in 2012 and following some great behind the scenes work have gone from playing in Division 4 to winning the Counties Cup Final. Just four days previous, they were defeated 6-0 in their final league game against Mountmellick in the same ground, however they recovered sensationally to lift the cup against all odds.

The Portlaoise men got off to a nervy start and were very nearly punished. In the second minute, a clearance from Towerhill Rovers goalkeeper Robert Downey fell to Birr’s Craig Shortt just inside his own half.

Shortt’s ambitious effort dropped over the crossbar in what would have been a disastrous start for Towerhill. 15 minutes in and Downey was called into action as he got down to make a smart save following an effort from Shortt again outside the box.

Towerhill went in front four minutes later. Some great work from Paddy Downey on the left side teed Jo Jo Salmon up, and he made no mistake in belting the ball past Conor Hogan.  Five minutes later, and Jo Jo Salmon added his second.

Man of the match Jack Fennell launched a long ball upfield which found Salmon. He calmly flicked the ball over Conor Hogan to put the underdogs 2-0 up inside the first 25 minutes.

Towerhill settled into the game after opening the scoring and were much the better side for the first half. The impressive Robert Downey was called into action just before the half time break. Nathan Williams raced onto a long ball, rounded Downey in goals, but Downey recovered well to block his effort.

Towerhill Rovers started the second half with a two-goal lead, although Birr desperately tried to cut the deficit and they nearly did in the 46th minute. Half time substitute Stevie Hanrahan found himself free at the back post, but his effort blazed wide of the goal.

Nine minutes later, Robert Downey pushed a Nicky Molloy effort onto the post and was cleared by the Towerhill defence. With Birr piling on the pressure, the Towerhill defence stood tall and showed real defiance. Downey in goals had a flawless performance while Jack Fennell was also excellent.

As the game wore on, it looked less likely that Birr would find a way past the Towerhill defence. Towerhill nearly put the icing on the cake in the 74th minute. Paddy Downey, who threatened on every attack for the Portlaoise side, played a beautiful ball across the box to an onrushing Shane Brophy, but his effort cannoned off the crossbar.

Much of the last 15 minutes was played in Towerhill’s half. Birr resorted to three at the back and pushed an extra man up front but there was no way past the Towerhill defence. Despite a nervy last 10 minutes, Towerhill Rovers held on and claimed a historic victory in what was the biggest day of the club’s history.

The result is a perfect end to the season for them. They were unlucky in the league and will feel they missed an opportunity to win the title, only for the Covid19 stoppage to break their momentum.

The cup is certainly a great achievement and their season will be viewed as a success. A short turnaround for Towerhill as they prepare for the 20/21 season which gets underway in just a couple of weeks.