The semi final line up for the Laois Senior hurling championship was completed last weekend with the last round of group games taking place across Saturday and Sunday.

Rosenallis scored a big win over Borris-Kilcotton to finish top of Group B while Rathdowney-Errill continued their free scoring form by dispatching of Abbeyleix to top Group A.

Borris-Kilcotton had already assured themselves of making the semi final but their defeat to Rosenallis means they drop to second place in the group and will take on Rathdowney-Errill in the semi finals.

Rosenallis will take on Clough/Ballacolla in the other semi final while the relegation final will see Castletown take on Ballinakill. 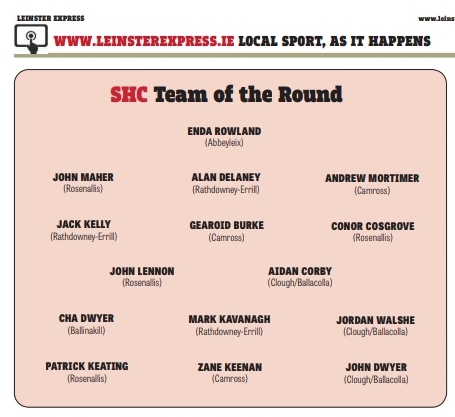