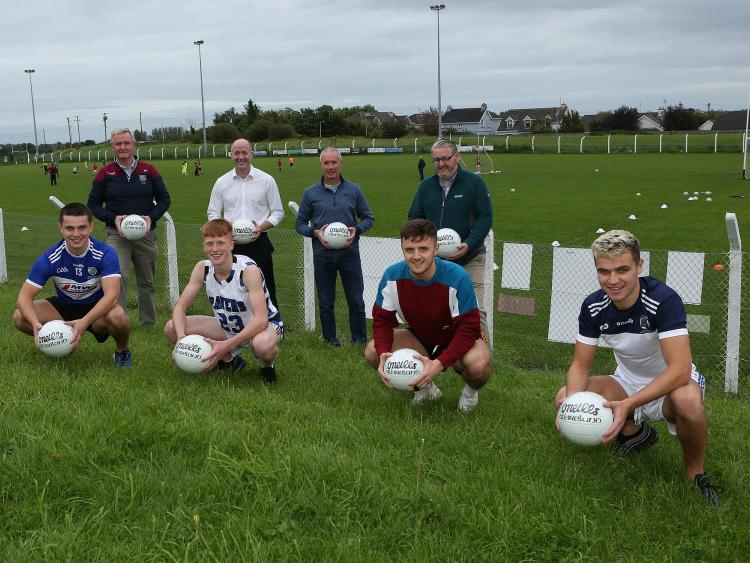 Portarlington based TD for Kildare South, Cathal Berry has declared that he is looking forward to two teams from his patch contesting the Laois SFC Final.

Deputy Berry was speaking after a tour of three local clubs, where he presented O’Neill's match balls to Portarlington, Gracefield and O’Dempsey's GAA clubs.

“Having grown up in a mad GAA house on the Waterford Cork border I know all about local rivalries. It is the heartbeat of the GAA and wouldn't it be great to see Portarlington and O’Dempsey’s contesting the county final or Portarlington and Emo.

“After years of dominance by Portlaoise it was great to see a young Portarlington team beat them in their last game. Huge congratulations are due to the manager Martin Murphy and his backroom team”, commented the TD.

David Murphy, Chairman of the Portarlington Club, thanked Cathal Berry for his generous donation of footballs to the club.

‘We would love nothing better than play O’Dempsey’s in the county final. We are all friends having gone to school together and played over the years on the same team in Colaiste Iosagain, It would be a unique final pairing’

Adrian Murphy, a selector with the Gracefield senior team, who play Ballycumber in the upcoming Senior B semi final of the Offaly championship, thanked Deputy Berry on behalf of Gracefield GAA Club.

Jude McCormack the chairman of O’Dempsey’s GAA club also extended thanks to the local TD on behalf of his club.

Former Offaly County Councillor and community worker, Brigid Emerson who co-ordinated the presentations said that the presentation of footballs to the three local clubs was an act of unprecedented generosity.

‘I have been active in the Portarlington community for the past 55 years and the generosity of Cathal Berry to the three local clubs is unprecedented. He clearly is an avid GAA man and appreciates the support shown to him by the people of the greater Portarlington area on both sides of the Barrow, which is a first in my lifetime”, Mrs Emerson explained. 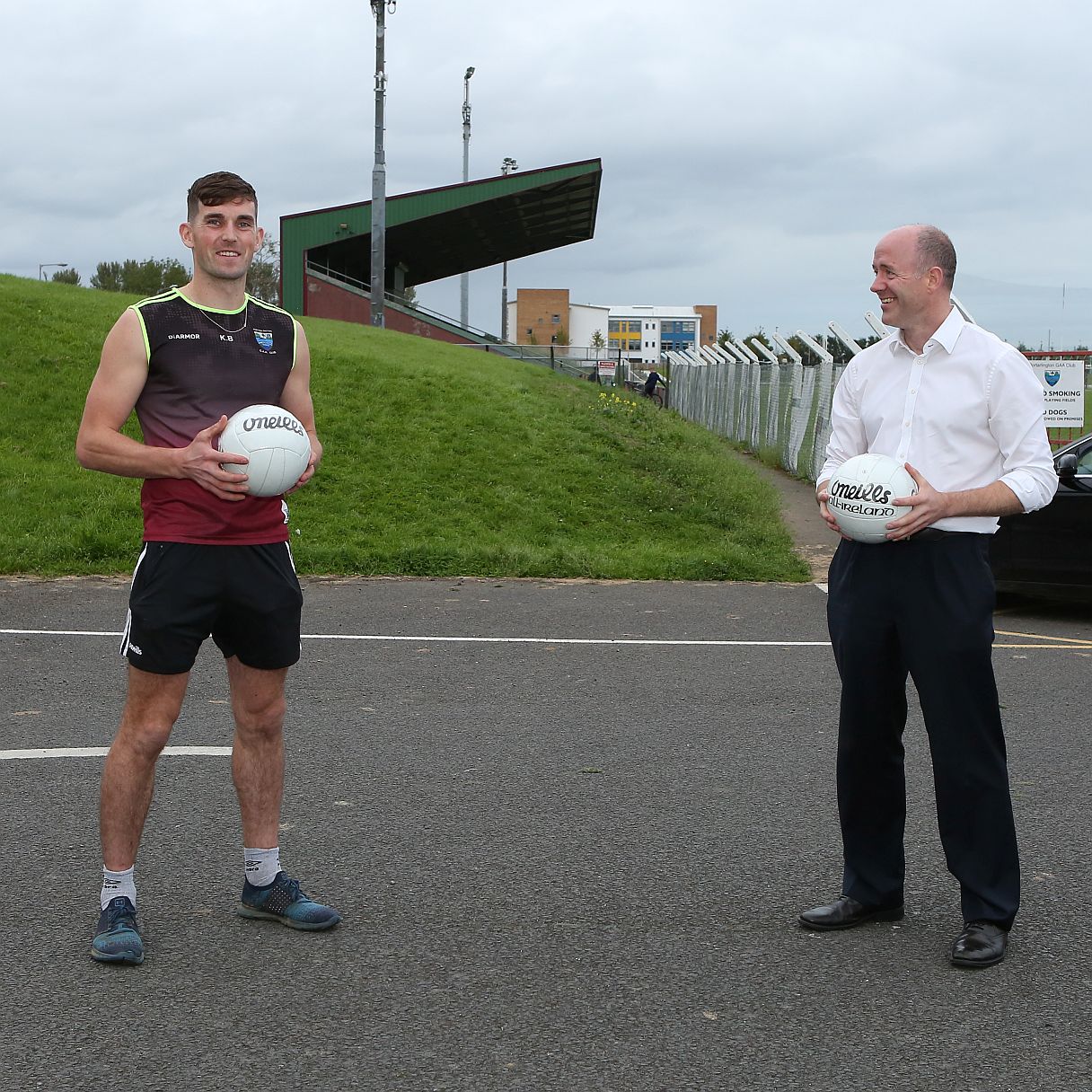 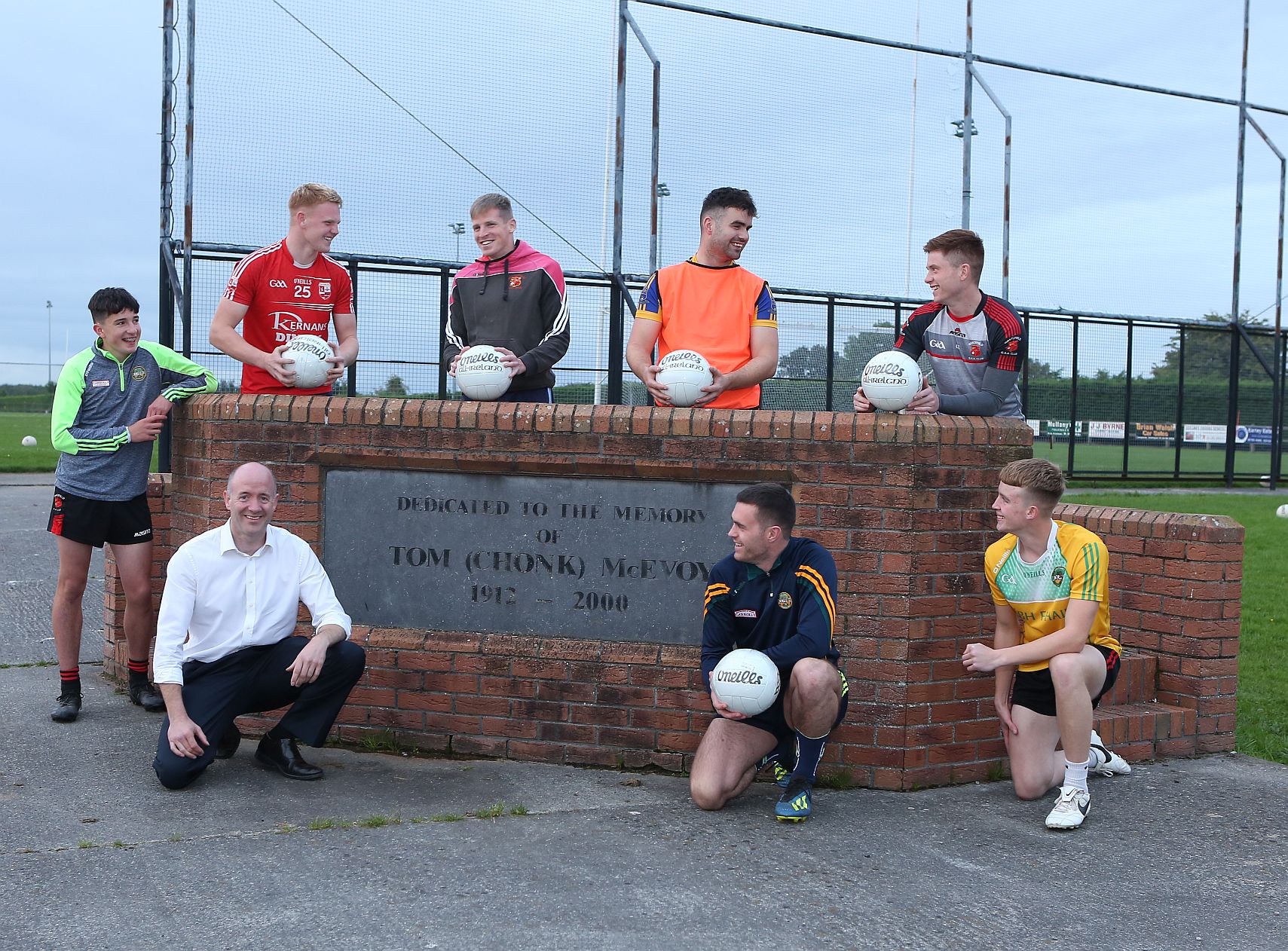 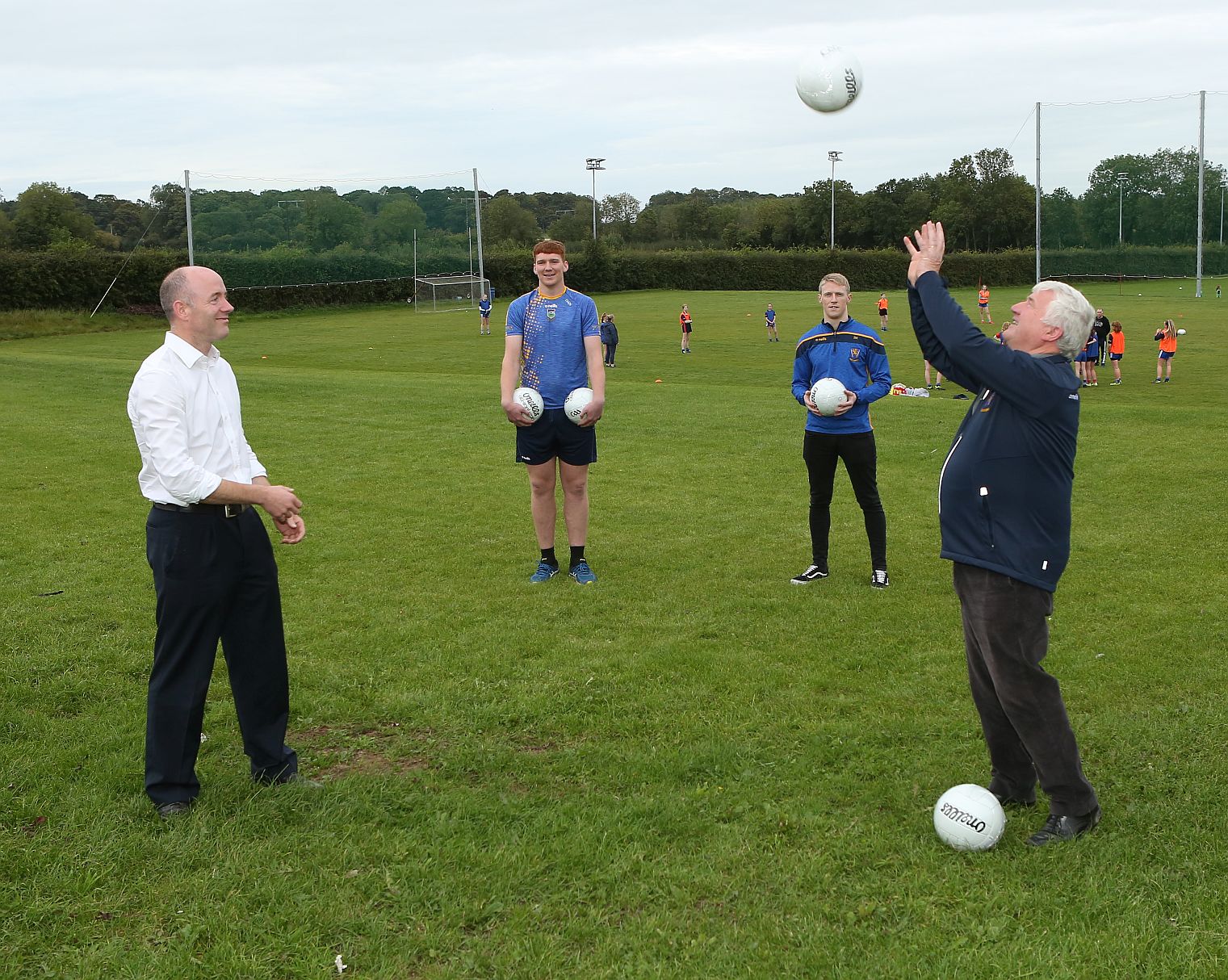