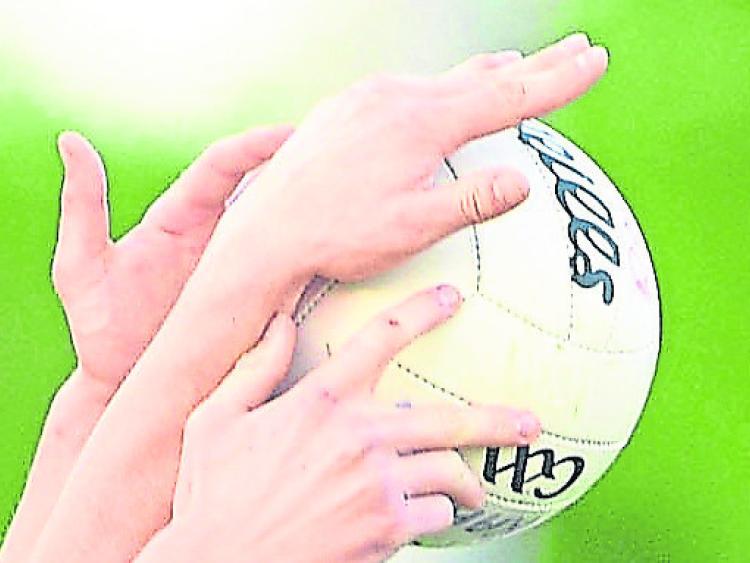 Ballyroan Abbey have been producing quality underage teams in the last number of years, and they are beginning to bear the fruits of that success at Senior level.

They have another good bunch at Minor level this year as well, as Ballyroan Abbey booked another final appearance with a twenty point victory over Na Fianna Óg.

Ballyroan Abbey began brightly, with their big full-forward Aaron Brennan pointing the first score from the throw-in. Alan McWey doubled their advantage, as he found the target moments later, before Na Fianna Óg got up and running in the Laois Centre of Excellence through a Lee Day converted free.

Wing-back Shaun Fitzpatrick sent over a 45’ for Ballyroan Abbey, and they then struck for the first goal of the game. Shaun Fitzpatrick’s free was a well-executed ball into the hands of centre-forward Pauric Rafter, who slid it past Josh Kelly in the Na Fianna Óg goals.

Ballyroan Abbey came close to getting a quick-fire second after Munashe Karigomba intercepted a ball coming out of the Na Fianna Óg defence, but Karigomba dragged his shot to the right and wide. Nevertheless, Conor McWey came up from defence to fire over another for Ballyroan Abbey, before Colin Dunne got one back for Na Fianna Óg on the counter-attack.

Na Fianna Óg were 0-2 to 1-4 for the first water break, but they did manage to grab the opening score after the water break concluded through a Colin Dunne converted placed ball. However, Ballyroan Abbey maintained their foothold on the game, as David McEvoy curled over a beautiful outside of the boot effort, and then Pauric Rafter snatched a second goal for his side.

Na Fianna Óg centre-forward Colin Dunne, who couldn’t be faulted for his effort in the defeat, got another one back through a free. However, Ballyroan Abbey were goal hungry.

Odhran Delaney was tripped in the square by Na Fianna Óg net minder Josh Kelly, and Ballroan Abbey midfielder David McEvoy stepped up to take the penalty. McEvoy’s first attempt was saved well by Josh Kelly, but McEvoy made no mistake with the rebound.

Lee Day floated over a lovely score to end the half on somewhat of a positive note for Na Fianna Óg, but they trailed 0-5 to 3-5 at half-time, and required some goals themselves to get back into this one.

Pauric Rafter and Lee Day exchanged points upon the restart, but Ballyroan Abbey asserted dominance all over the field after that and didn’t allow Na Fianna Óg to get another score.

Ballyroan Abbey almost got in for a fourth goal, but Josh Kelly denied Aaron Brennan brilliantly from point-blank range. Darren Mulhall and Munashe Karigomba fired over points for Ballyroan Abbey, before Na Fianna Óg had their first sight of goal all match.

Lee Day delivered a delightful ball into Darragh Kealy, but he shot just wide, much to the dismay of the Na Fianna Óg men.

After the second water break, Ballyroan Abbey rattled off points and goals to finish in style. David McEvoy (frees) and substitute Ben McDonald raised white flags, while McDonald also scored a brace of goals, as he made a claim to start the final with his performance.