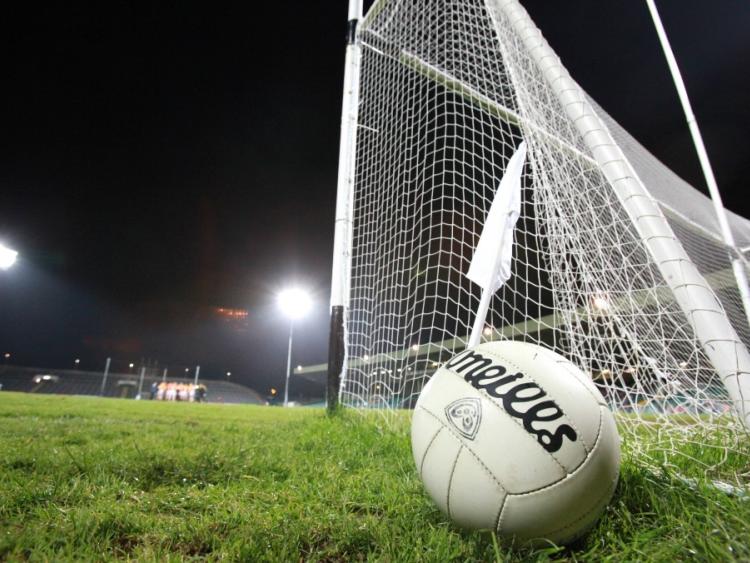 Portlaoise progressed to the u17 football championship final on Thursday evening as they overcame a courageous Graiguecullen side by four points. Played under floodlights in the Laois Centre of Excellence, the home side enjoyed a powerful second half to overcome a three point deficit at half time to book their place in the final.

It sets up a clash with Ballyroan Abbey who had a comprehensive win over Na Fianna Óg in the other semi final on Thursday evening.

Portlaoise got off to the perfect start and were 1-2 to 0-0 up inside the first five minutes. When Kyle Enright’s shot at a point dropped short, Michael Culliton was quickest to react as he buried the ball past Lee Byrne in the Graigecullen goals.

The goal was followed in quick succession by another point from Culliton and a point from Brian Smith to give Portlaoise their dream start.

Graiguecullen settled after the five-minute onslaught. Points from Ivan Murphy and Scott Roycroft opened proceedings for Graiguecullen and kept them in touch.

A ‘45’ from Kieran O’Donnell restored the four-point lead for Portlaoise. However, with Graiguecullen settling into the game, they rallied and scored three points on the trot, two from the boot of Conor Kelly and one from Conor Harte.

Graiguecullen dominated the second quarter and were unlucky not to have another goal but for a great save from Portlaoise goalkeeper Conor Brown. Two frees from Conor Kelly and a wonderfully taken score by Kian Lawler put Graiguecullen 1-8 to 1-5 ahead at half time.

The second half started in the same fashion as the first half had. Straight from the throw in, a powerful run by Liam Óg Brennan straight through the middle set Kieran O’Donnell for Portlaoise’s first score of the half.

Just seven minutes into the second half, Portlaoise had their second goal of the night. Liam Óg Brennan and O’Donnell combined again to set up Michael Culliton who made no mistake about placing the ball into the net.

Conor Kelly and Conor Harte pointed for Graiguecullen but further points for Portlaoise courtesy of Culliton, O’Donnell and Ben Dempsey gave Portlaoise a two-point advantage at the second water break.

With Portlaoise lifting their intensity, Graiguecullen struggled and panic was beginning to set in. Portlaoise smelled blood and points from DJ White and Culliton again gave them a four-point lead with just four minutes remaining on the clock. Graiguecullen fought back and two points from Conor Kelly made it a two-point game with 31 minutes played.

However, any hopes of a Graiguecullen shock were dashed by the Portlaoise men in the remaining two minutes. A point from Barry Fitzpatrick and a beautiful score from DJ White from the outside of his left ensured a Portlaoise victory and booked their place in the U17 Championship final.