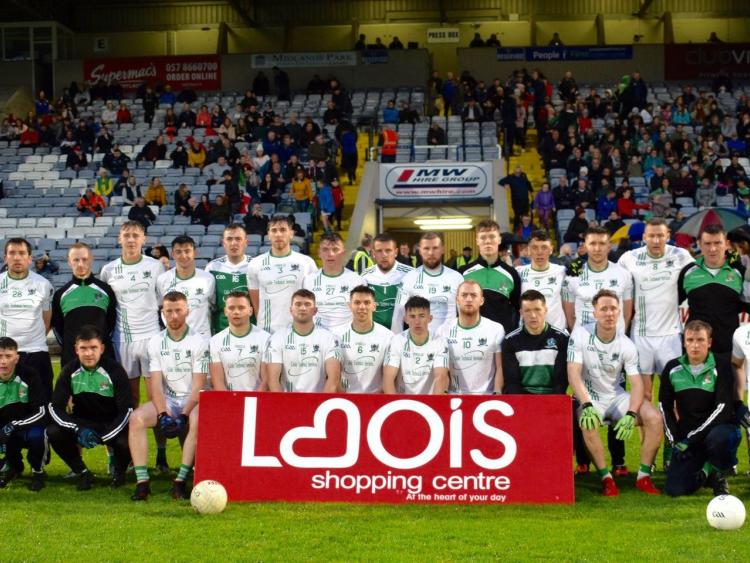 Rosenallis have retained their SFC status for another year after a hard-fought win over Courtwood in the LOETB Centre of Excellent on Friday night.

They had to withstand a strong second-half comeback from Courtwood before wrapping up a seven-point win, to ensure there is no instant return to the IFC ranks for them.

They had wind advantage in the first half here and made the most of it, as three early points from Ronan Murray had them 0-3 to 0-1 up after ten minutes. Eoin Dunne added a goal soon after before Joey Shelly set Brian Fitzpatrick up for another, as they raced into an eight-point lead.

Courtwood were all at sea and things soon got worse for them, as they lost Luke Doran to a straight red card. That seemed to galvanise them a bit though, and the teams shared six points evenly over the last ten minutes of the half to see Rosenallis 2-7 to 0-4 up at the break.

Courtwood came out a team transformed after the interval and Danny Luttrell and Alan Kinsella pointed for them before a Paddy Wilson gave them real belied. They added three more points without reply to get within one, before Brian Fitzpatrick got a much-needed point for Rosenallis before the water break.

As it turned out, that water break was a real turning point as it killed the Courtwood momentum and allowed Rosenallis to regroup. Donagh Callaly pointed for them before a well-taken Ronan Murray goal set them on the road to victory.

Courtwood tried to come back, Niall Donoher and Paddy Wilson pointing to give them hope, but then they lost Alan Kinsella to a red card and Rosenallis finished strongly. Eoin Dunne (2) and Joey Shelly pointed in the closing stages to wrap up the victory.