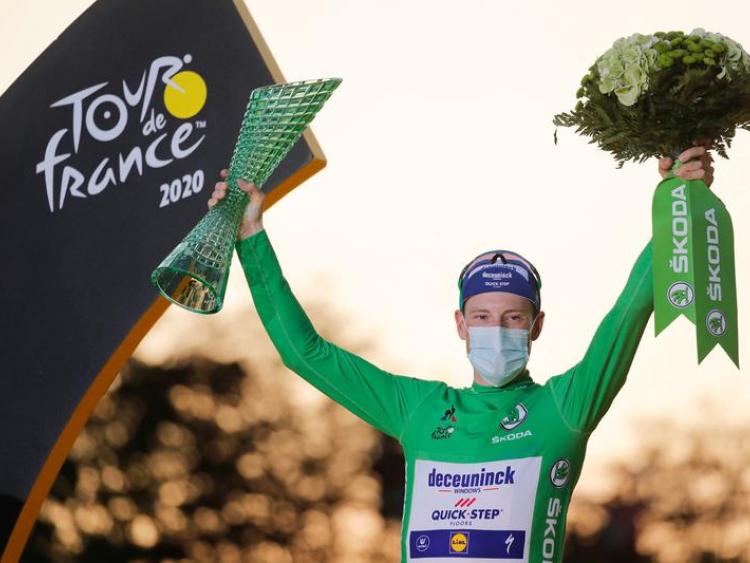 Cuddagh, Aghaboe and Castletown were celebrating Sam Bennett winning the green jersey from the Tour De France for the first time for Ireland since Sean Kelly in 1989 on Sunday last.

Ker Bennett - Sam's great grandfather was born and raised in Cuddagh South now home to his cousins - the Ferns family.  Ker went on to become a garda and was stationed in Carrick on Suir all his life.

The Bennett family from Carrick on Suir are regular visitors to Cuddagh for family occasions with connections around Aghaboe, Castletown and Camross parishes.  Indeed, Sam's grandfather Liam and Ker regularly cycled from Carrick on Suir to Laois and back all in one day in years gone by.

Sam's Dad - Mick Bennett played soccer for Waterford United in the 80s and played professionally in the Belgium league for years.

Sam was born in Belgium and his family returned to Ireland when he was 6 years old. Sam loved cycling and Sean Kelly became a big influence -culminating with the green jersey on Sunday defeating the great Peter Sagan.