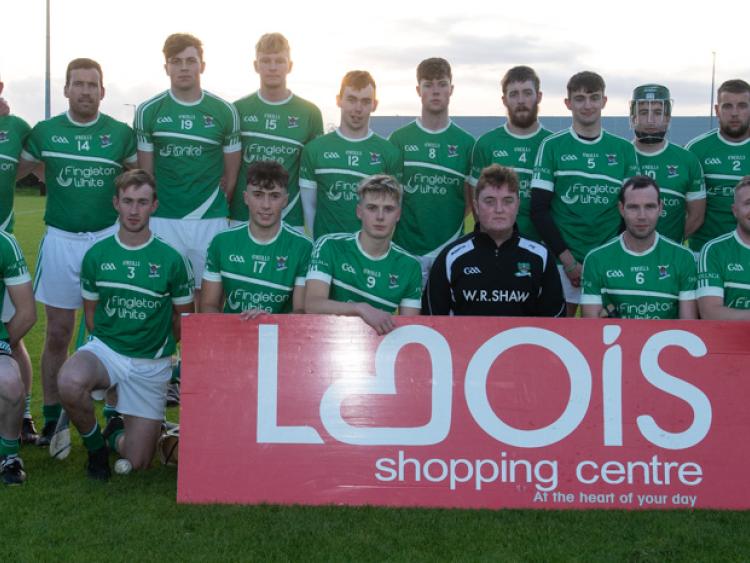 However, Enda McEvoy, who was one of Rosenallis’ main men on the night, stepped up to launch the resulting 65’ in what was practically the last puck of the game. The gods must have been shining down on Rosenallis as well, as McEvoy’s effort dropped past numerous Clough-Ballacolla defenders and into the back of the net to win it for the men from the village.

There wasn’t too many scores to write home about in what was a tight and cagey affair in the Laois Centre of Excellence. Clough-Ballacolla got on the board first through Ken Phelan, who pointed despite pressure from Rosenallis defenders.

Both teams hit a number of wides after that, before Rosenallis got up and running thanks to Sean Dunne after nice build-up play from Jack Claffey and Walter Murphy. Rosenallis took a 0-2 to 0-1 lead into the first water break thanks to a second point from Darragh McEvoy, after he played a lovely one-two with Matthew Bennett.

Clough-Ballacolla came out of the water break the better side, with two points from centre-forward James Maher giving them the lead again. One of those scores from Maher was a sublime one where he turned on a six-pence and split the posts without hesitation.

Rosenallis wing-back Joey Shelley’s pace was a feature of the game, and one of his lung-bursting runs resulted in a fine score to level matters in Portlaoise. Clough-Ballacolla responded with points from Ken Phelan and James Maher (65’), before big Walter Murphy left just one between the sides again with a Rosenallis point.

Clough-Ballacolla ended the half the stronger though with their centre-back Ciaran Ryan landing the score of the game from inside his own half. Pat McEvoy tacked on another before the whistle to give Clough-Ballacolla a 0-7 to 0-4 advantage at half-time.

Rosenallis did have a slight wind behind them in the second-half though, and they looked to take advantage of it early with points from Sean Dunne and Enda McEvoy (free). Clough-Ballacolla wing-back Ben Delaney delivered their first score of the second-half, but Enda McEvoy left the minimum separating the sides heading into the second water break.

Clough-Ballacolla came out of the second water break, just like they did the first one, with renewed energy. James Maher raised a white flag after Clough-Ballacolla robbed Rosenallis from trying to play out from defence, and then a long, dropping free from Ben Delaney was flicked to the net by Clough-Ballacolla full-forward Pat McEvoy for the game’s first goal.

Rosenallis responded well to this setback by firing three points on the trot. Enda McEvoy (65’), Walter Murphy and Joey Shelley reduced arrears to two points, but time was ticking away.

Clough-Ballacolla’s Ken Phelan and Rosenallis’ Enda McEvoy (free) exchanged scores, before McEvoy stole it at the death with a 65’ that dropped into the net.