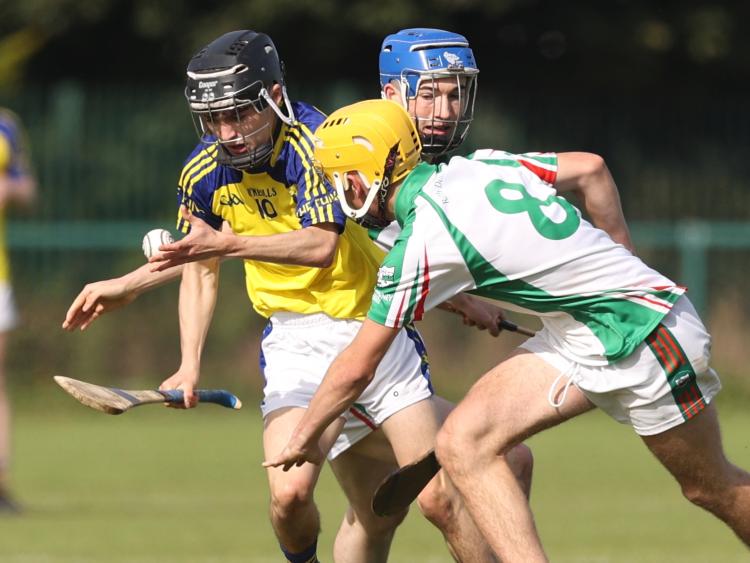 Abbeyleix are through to face The Harps in the Minor 'A' hurling final after they overcame Rathdowney-Errill on Sunday morning.

Played in the Centre of Excellence, full forward Colin Byrne bagged a hat-trick as they comfortably earned their spot in the Minor showpiece.

Rathdowney-Errill got the better start and led 0-2 to 0-0 after six minutes but slowly but surely, Abbeyleix settled into the game.

Colin Byrne got them motoring with a free but two well taken points from Shane Bracken and Aaron Hayes had Rathdowney-Errill leading 0-4 to 01 after 15 minutes.

Abbeyleix were struggling to even create chances but their fortunes changed after the water break as Colin Byrne sprung to life. He knocked over a free each side of his opening goal and they led 1-4 to 0-4 with 25 minutes played.

Byrne was on target again on 28 minutes for his second goal but there was plenty of first half drama left to come.

Ryan Costigan and Jacque Dowling fired home goals for Rathdowney-Errill with half time approaching to bring the sides back level at 2-5 each but first half injury time saw Abbeyleix steal a march going into the break.

Colin Byrne completed his first half hat-trick deep in injury time as the Abbeyleix men led 3-5 to 2-5 at the break.

The game was won in the opening 10 minutes of the second half as Abbeyleix really put the hammer down.

They hit the opening five points of the second half and led 3-10 to 2-5 after 40 minutes with Sam Quinn and Byrne grabbing a brace each.

Rathdowney-Errill kept plugging away and a penalty struck home by Daniel Bowe with 10 minutes to go gave them a glimmer of hope but a goal from Shaun Fitzpatrick eased any Abbelyleix nerves.

Shaun Fitzpatrick, Odhran Delaney and Tally Hasset clipped over scores while two late points from Rathdowney-Errill brought the arrears back to 10 points at the sounding of the full time whistle.