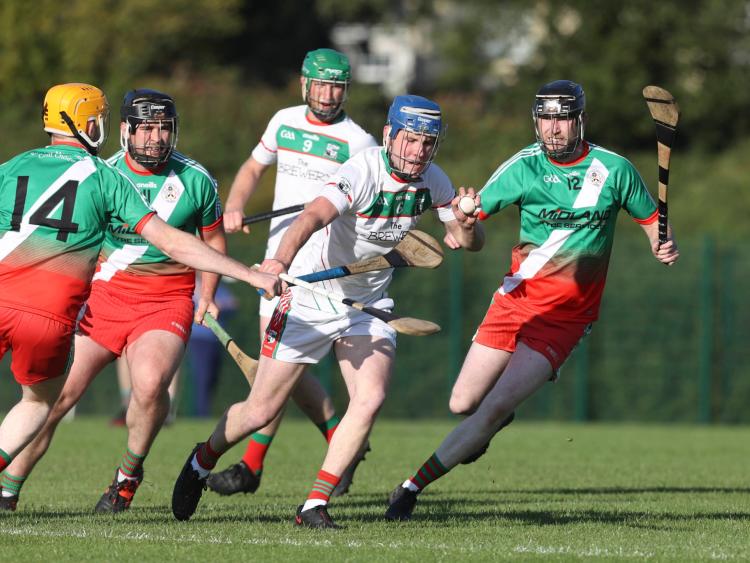 Rathdowney-Errill are through to the Intermediate hurling final after an impressive second half showing proved too much for Borris-Kilcotton.

Played in Abbeyleix, they hit five goals on route to the win and have set up a final against Trumera.

The game wasn’t put to bed until late on but two goals in five minutes from Ray Bowe finally put some daylight between the sides in the final quarter as they advanced to their first Intermediate final since 2017.

The opening exchange were tight and Rathdowney-Errill, who had Paddy Hassett and Jordie Kavanagh in top form led 1-4 to 1-3 at the water break with Kavanagh grabbing the Rathdowney-Errill goal and Oisin Fleming raising the green flag for Borris-Kilcotton.

The victors roared out of the traps after the water break, hitting 1-4 in succession to put some distance between the sides. Liam O’Connell grabbed the goal as they enjoyed the period of dominance.

Borris-Kilcotton were not about to lie down and a goal from Sean Fitzpatrick brought it back to a three point game at half time – 2-9 to 2-6.

Rathdowney-Errill struck for their third goal early in the second half with points from Paddy Hassett and Enda Meagher leaving them 3-11 to 2-8 ahead with 15 minutes to go.

Stephen Campion pulled a goal back for Borris-Kilcotton on the resumption but Ray Bowe struck two goals in the space of five minutes and Liam O’Connell pointed late on to make sure of an impressive win.