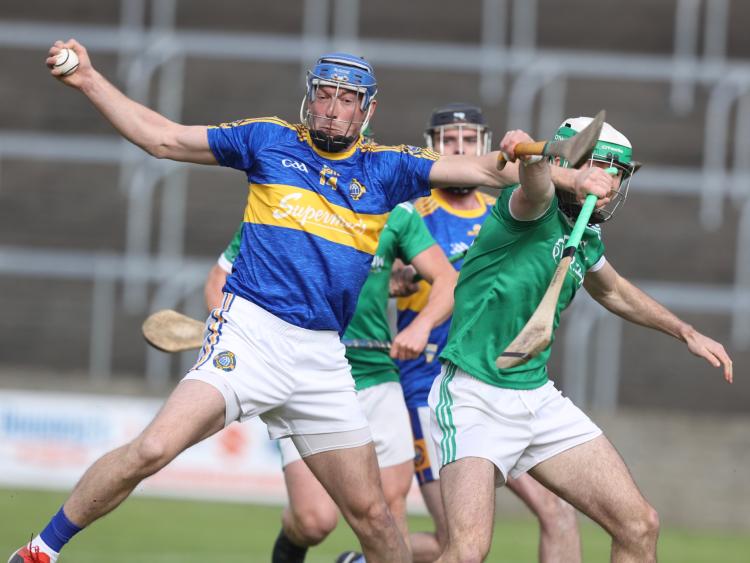 Clough-Ballacolla are through to a third Laois SHC final in six years, as they turned in a powerful second-half performance to see off Rosenallis in O’Moore Park on Sunday.

With just two points between the teams at half-time, Ballacolla moved through the gears after the break, outscoring Rosenallis 1-11 to 0-7 in that period. Their defence finally got to grips with Rosenallis in that spell, as they stopped giving away silly frees and started to be that more clinical at the other end.

In keeping with the first semi-final played prior to this one, the game started at a furious pace. Clough-Ballacolla opened the scoring inside of a minute with a point from Picky Maher, but Jack Conroy soon drew Rosenallis level as he fired over the bar from midfield.

The Ballacolla response was impressive, as they launched a long ball into the penalty area, Stephen Maher plucked it from the sky before turning and thumping a shot to the net from eight yards out.

Rosenallis never batted an eye and simple worked their way back into the game, Paddy Keating firing over a couple of frees to get them back within one.

Jordan Walshe and Robbie Phelan cancelled out that Keating brace but Rosenallis were giving as good as they got, and Fiachra C Fennell halved the deficit with a point from inside his own half. Keating then added three more frees as Picky Maher offered one in reply from Clough-Ballacolla, and the teams were level at 1-4 to 0-7 at the water break.

Rosenallis wasted little time in pushing ahead when play got back under way, as Keating landed another free and Jack Conroy got his second to put them two clear. Robbie Phelan and Keating (65) then traded scores before Clough-Ballacolla started to up the pace.

They went on a run of four points without reply, as Willie Dunphy hit two to draw them level and then Mark Hennessy and Jordan Walshe put them ahead.

Clough-Ballacolla made a bright start to the second half, as Brian Corby, Mark Hennessy and Picky Maher (free) all pointed to push them five ahead. Rosenallis needed to respond but saw a couple of goal chances rebuffed by the Ballacolla defence, with Cathal Dunne make a brave block to deny Ronan Murray.

John Lennon eventually pointed to give them something to build on, but three more Ballacolla points from Walshe, Willie Dunphy and Picky Maher saw them lead 1-16 to 0-12 at the water break.

Picky hit two more, both from play, when the game resumed, but Rosenallis finally got something going after that. They managed to go on a run of four points without reply as Keating (two frees), John O’Loughlin and Brian Fitzpatrick all hit the target. That got them within six, but that would be as close as they would come.

In the next attack, Lee Cleere advanced down the left wing before picking out Stephen Bergin 21 yards out, and he skipped past his marker and drilled a shot to the net, all but ending the game as a contest.

Bergin added a point moments later and Maher hit another free, as Clough-Ballacolla could start looking ahead to the final. In fairness to Rosenallis, they battled right to the final whistle, but a good Ballacolla defence offered no route to goal, and they ran out comfortable winners in the end.