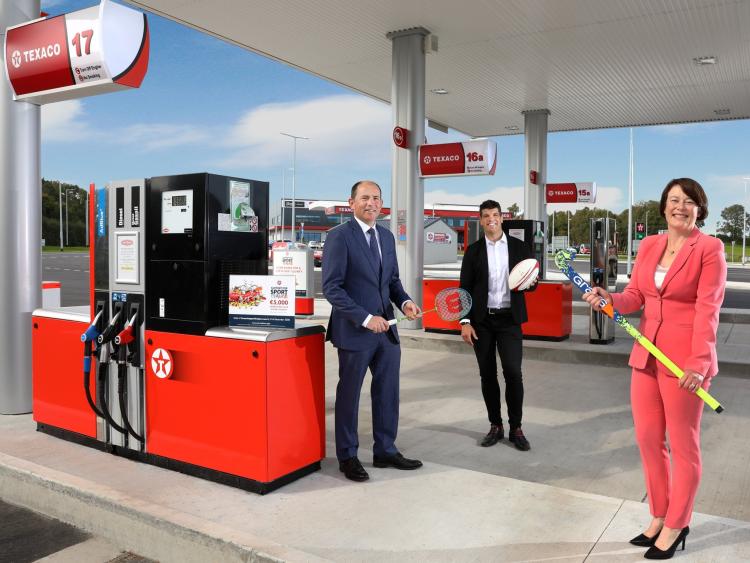 Valero Energy (Ireland) Limited – the company that markets fuel in Ireland under the Texaco brand – invited legendary rugby international, Donncha O’Callaghan and their top sales and marketing team to the new Portlaoise Plaza dealership for the launch of Texaco Support for Sport, a new club funding initiative for which a fund of €130,000 has been set aside for distribution.

Formally launched by Donncha O’Callaghan – independent ambassador to the programme and the one who will lead the adjudication process – the Texaco Support for Sport initiative is one whereby the fund of €130,000 will be shared on a twenty-six, county-by-county basis with successful clubs receiving an equal amount of €5,000 in each case.

Commenting, the company’s Director of Ireland Operations, James Twohig described Irish sports clubs as ‘a unifying element and a focal point for good in our communities’.

“In our cities, towns and villages, they are the magnets to which so many of us are drawn, homes-from-home where we meet, relax and enjoy the friendship and camaraderie that sport offers and that all members and supporters share,” he said.

“By offering a new and innovative route to funding, we believe that the Texaco Support for Sport initiative will help uphold the unique values and characteristics that countless numbers of dedicated club members work so hard to preserve whilst giving new expression to the cherished relationship that exists between Texaco and generations of Irish sports enthusiasts,” he added.

Open for entries until end-December, winners will be announced early next year.  Full details can be viewed online at www.TexacoSupportforSport.com