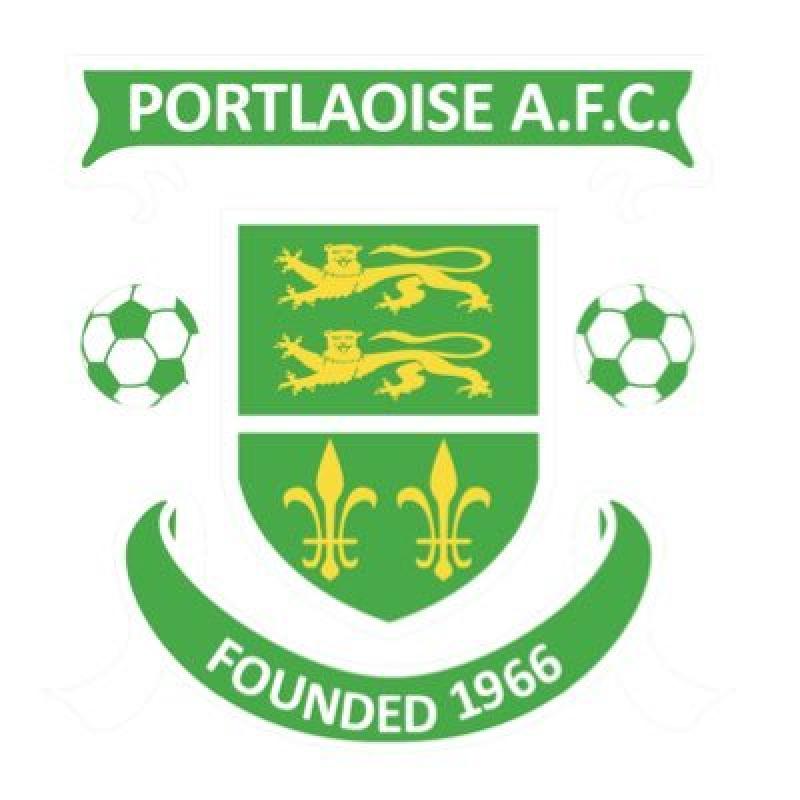 With the last of the weekend sun, Portlaoise AFC Under 15c Girls team took on a Bealnamulla Team who had a point to prove. Last week both teams faced off in what can only be described as a game of two halves.

With Bealnamulla leading 3-1 at half time, the game ultimately ended 7 – 3 for Portlaoise who dominated the second half, with hat tricks from Sophie Cullinan and Nuria Trefas, and one goal from Ashlee Buchanan.

On Saturday Bealnamulla really did start the game well and took the lead with an excellently delivered corner finding an unmarked right boot – even though Portlaoise had several chances in front of goal it was the Roscommon girls who hammered home the lead.

Mid way through the second half, as Portlaoise continued to press they where awarded a free kick from the left wing position.

Orna Tynan stepped up to strike the free, and buried it in the roof of the net with a shot to hot for the keeper to handle.

The defensive performance from Portlaoise was very good with first time keeper Keeva O’Rielly playing a stormer, owning the space around the goals and using it well to maximise her distribution of the ball to her full backs and when required to her centre forwards with perfectly executed long range kicks.

Central Defenders Devine Samual and Victoria Ryan where both outstanding.

Ryan was doing a job woman marking while Samual was sweeping up the rest.

Ryan was exceptional in doing her job as she ultimately muted one of the opposition’s strongest players.

As the match developed, Devine moved up the pitch into a more familiar midfield position where she added a huge amount going forward.

Playing out of position, Ava Coleman, otherwise known as Sharky played a great game at left full – she found herself instrumental in build-up play as she had a lot of space throughout the first half.

O’Reilly used Coleman often when playing from the back, who in turn linked very well with Centre Midfielders Ada Byrne, and Sadbdh McGrath. On the right wing was the war horse Abbey Louise Byrne whose relentless work ethic, pace and power created a lot of chances in both halves.

New to the team Erica O’Connor played a great game at right back, strong on the ball and powerful in her distribution O’Conner was commanding from start to finish on the day.

Our two centre forwards yet again stole the show – with Sophie Cullinan and Nuria Trefas playing what can only be described as “class” football – their pace, power and positioning all excellent.

While we did have some chances early not taken, they made up for it in the second half.

The game at 1-1 was leaning towards Portlaoise who pressed every ball and created a lot of chances – but against the play early in the second half Bealnamulla launched into the lead. A cracker well taken put the Portlaoise girls on the back foot.

With team captain Sophie Cullinan leading the charge the Portlaoise girls didn’t drop their head – in fact they doubled down on their effort – and the work rate jumped.

Substitute Tara Woodcock made an instant impact as she replaced Orna Tynan on the left wing.

Full of energy and determination Tara got stuck in from the get go.

With about 20 minutes to go, Sophie Cullinan buried the equaliser as she forged a chance by running through the central defenders and picked her spot – the keeper couldn’t do anything to stop it.

The Rossleighan Roses pushed time after time in the last ten minutes, having most of the play.

Abbey Louise Byrne had plenty of play up the right but the opposition left back really did well to make it difficult to convert those chances.

With little more than five minutes to go – Portlaoise goalkeeper Keeva O’Rielly kicked a ball straight up the middle of the pitch almost hitting the opposition’s 18 yard box – that ball made its way to Nuria Trefas who spotted a gap for the perfectly weighted through ball for team captain, and woman of the match Sophie Cullinan to bag the winner and her second of the day.