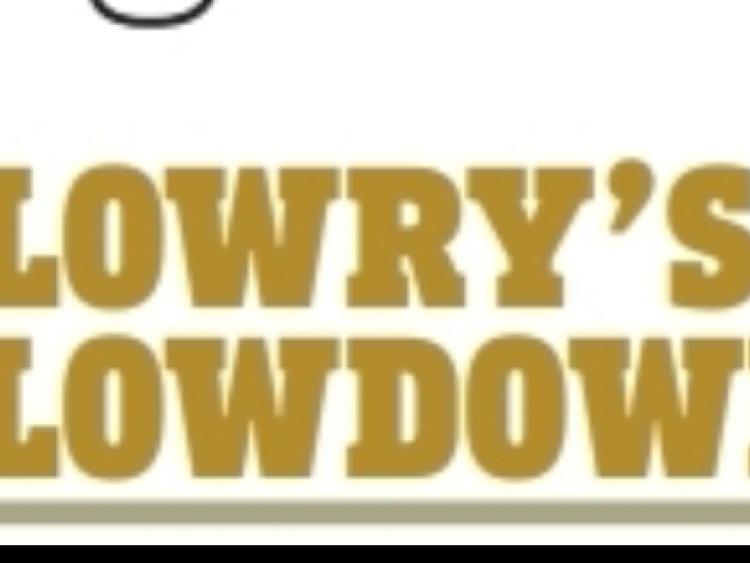 Footballers can still turn things around
It's a given at this stage that the 2020 GAA year is one that could never have been envisaged.

Lack of time to prepare, player anxiety, health worries, lack of supporters.
You name it, 2020 has had it and although there could be more misery on the way for Laois footballers, the panic button should be held off for another while.

Five full training sessions is what Mike Quirke had with his squad before the meeting with Westmeath.

Westmeath themselves had four challenge games never mind training sessions to go along with their regular training.

And to be honest, the signs were on it. Laois were not up to the pace of what Westmeath brought but then again it was their first exposure to that level of football since March.

Match fitness is seen by some as fancy lingo and an overused line by managers but it's not.

You can't replicate that intensity and cut throat of Inter County competitive football no matter how many challenge matches or tranings you have.

The truth is you have no idea how you are going until you are put into the white heat of battle.

Match fitness isn't just aerobic ability but the pace at which you play the game.

It's timing, cohesion and also when it comes to physicality, being able to take the knocks in your stride and keep powering on. Laois were undercooked in all of the above but it will improve.

A good sign from last Saturday was that they didn't lack effort and right up until the 75th minute, they were doing their all to eat into the arrears even if the game was over as a contest.

Time isn't really on their side as they are now knee deep in relegation trouble but a win on Saturday against Fermanagh and a loss for Clare v Armagh or Cavan v league leaders Roscommon will be enough for Laois to hang on.

Laois back in Croker for Dubs clash
Croke Park will be a very different experience for the Laois hurlers on Saturday night.

Last year Laois supporters travelled in their droves to see them win the Joe McDonagh cup and to see them play Tipperary in the All Irelands quarter final.

Fast forward to 2020 and no supporters will be travelling and with the weather likely to be far removed from their recent trips, Eddie Brennan and company will have to adjust. It is a game that Laois have a right crack at winning.

Dublin are judged to be ahead of Laois in the pecking order and while that might be fair enough, they are not the same prospect as Wexford or Kilkenny.

Laois beat them last year in Portlaoise and you would expect that when the draw was made for the first round that the Dublin camp would have been delighted to get a so called weaker team but also to get a chance at revenge.

Given the year that's in it, it is impossible to say with any great conviction who will win the game but the jury is out on Dublin in my opinion.
In saying that, it is a big ask for Laois. An underdog rarely catches the mouse two years in a row but you can expect the Laois men to go out and hurl with their hearts on their sleeve.

Adding to that will be a well thought out game plan. It won't be all fire and thunder and the Laois management have shown in the past that they are astute readers of the game.

Getting Mark Kavanagh onto the field would be a massive fillip for them even if it was for 20 minutes as regardless of the result, their year is far from over.