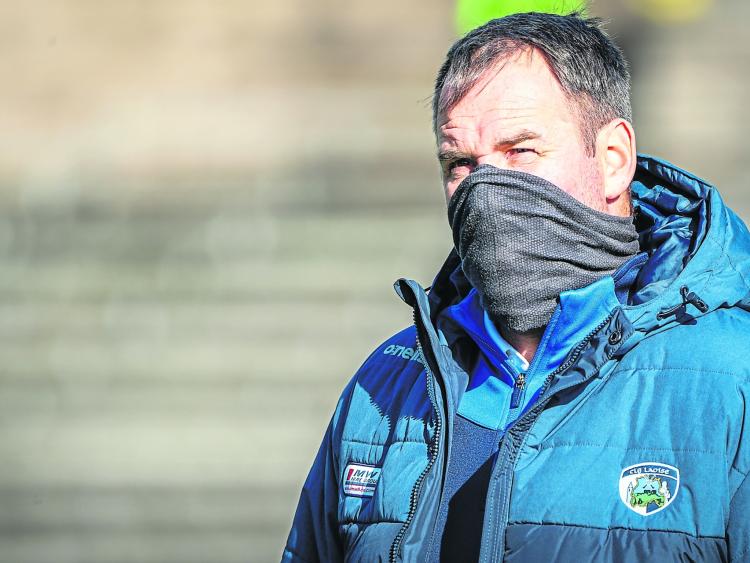 There isn't a mask in the world that could have hidden the smile on Mike Quirke's face as he reflected on his side's incredible comeback victory in Enniskillen on Saturday afternoon. The Kerryman admitted that while his players never stopped trying, it didn't look good for their prospects when Fermanagh carried their four point lead into the last few minutes.

“We were down to 14 men, we had lost our captain, we were away from home, we were playing against the wind, playing a team that looked comfortable minding the ball over and back all day

“There wouldn't have been too many people putting money on us at that stage but we're just delighted that it worked out for us” he told the Leinster Express afterwards.

“The lads played in national league finals the last two years and there was silverware won, but this game was every bit as big if not bigger. To maintain our status in Division Two is a crucial thing” said the Kerryman.

Quirke, who’s still living in the Kingdom, travelled solo on Friday to the game, meeting up with the players for an open air meal before the game. It’s all part of the new world that is gaelic games in the time of Covid-19.

“We met, Mullahoran were good enough to give us their pitch and, and we sat in the stand and had our food. Everybody was spaced out and we did what we were supposed to do”.

“We had a bit of a chat there and a little walk around and look it was fine. I mean, look, it's the same for everybody. We're more than happy to adapt and wear the masks and do everything we're supposed to do, as long as we get the opportunity to play a game like we did today, and give people a little bit of entertainment”.

“The GAA can set a really good example by the adherence they showed last weekend and again this weekend. If we do everything we're supposed to do, it sets a standard. It's not like the club there isn't going to be mad celebrations after this. It's doing everything right so the games can continue to go on”.

Certainly anything that facilitates memorable afternoons like last Saturday has to continue, if at all possible.