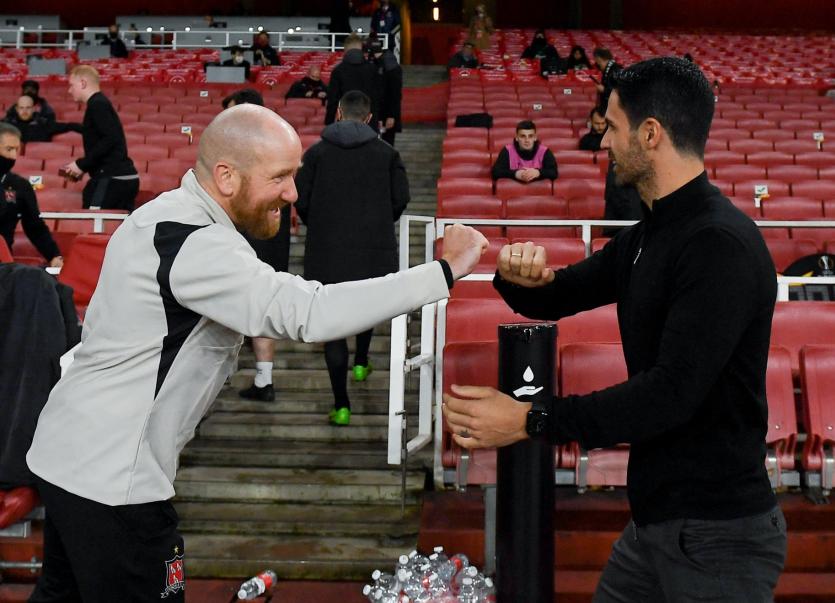 It's along way from Laois to London but Rathdowney native Shane Keegan managed it on Thursday night as he was part of the Dundalk contingent that travelled over to take on Arsenal in the Europa League.

By Friday morning he was back home hurling with his son in the back garden a little over 12 hours after the Dundalk coach and opposition analyst saw his side fall to a respectable 3-0 loss at the Emirates Stadium and he admitted that the whole experience was fantastic to be a part of.

“It was. It's not something that you could have foreseen, not this time last year for me anyway.

“The whole stadium experience was great and I suppose the only downside to it was the lack of fans but it nearly feels bad to be talking about that given the experience that we had.

“There would have been an extra element had their been thirty or forty thousand in the stands but look, it was great.

The photo of Keegan and Arsenal manager Mikel Arteta at the final whistle will no doubt be a nice keep sake for him and while it was business as usual from Arteta, Keegan was delighted to link up with the Arsenal strength and conditioning coach who in the past put in a couple of years with the Laois footballers.

“It was business as usual from his point of view (Arteta). We weren't really talking, a few brief words at the end of the game and after the press conferences.

“The big clamor last night after the final whistle was who would get what jersey.”

Dundalk found themselves in the strange situation where by playing Arsenal in the Emirates Stadium isn't even their most important game this week as Keegan explains.

“We have huge game this Sunday. We haven't secured European football for ourselves for next year so we have a big game with St Pat's on Sunday. If the Arsenal game had of turned into a six or seven nil then all of a sudden it would have really knocked the stuffing out of you and you are heading into Sunday in dread almost.

“But having come out of there having kept a clean sheet for the last 40 minutes or so and taking a few positives from it, it does leave us in a good frame of mind going into Sunday's game.

“You could see it in terms of out substitutions. Those who would be familiar and Dundalk fans would be thinking when we were making subs, Jesus, they are some of our outstanding players but the reason they were taken off was to keep their legs fresh for Sunday.

“If we win on Sunday it would pretty much wrap up European football for us next season and we can go and enjoy the rest of the games (in the Europa League).” 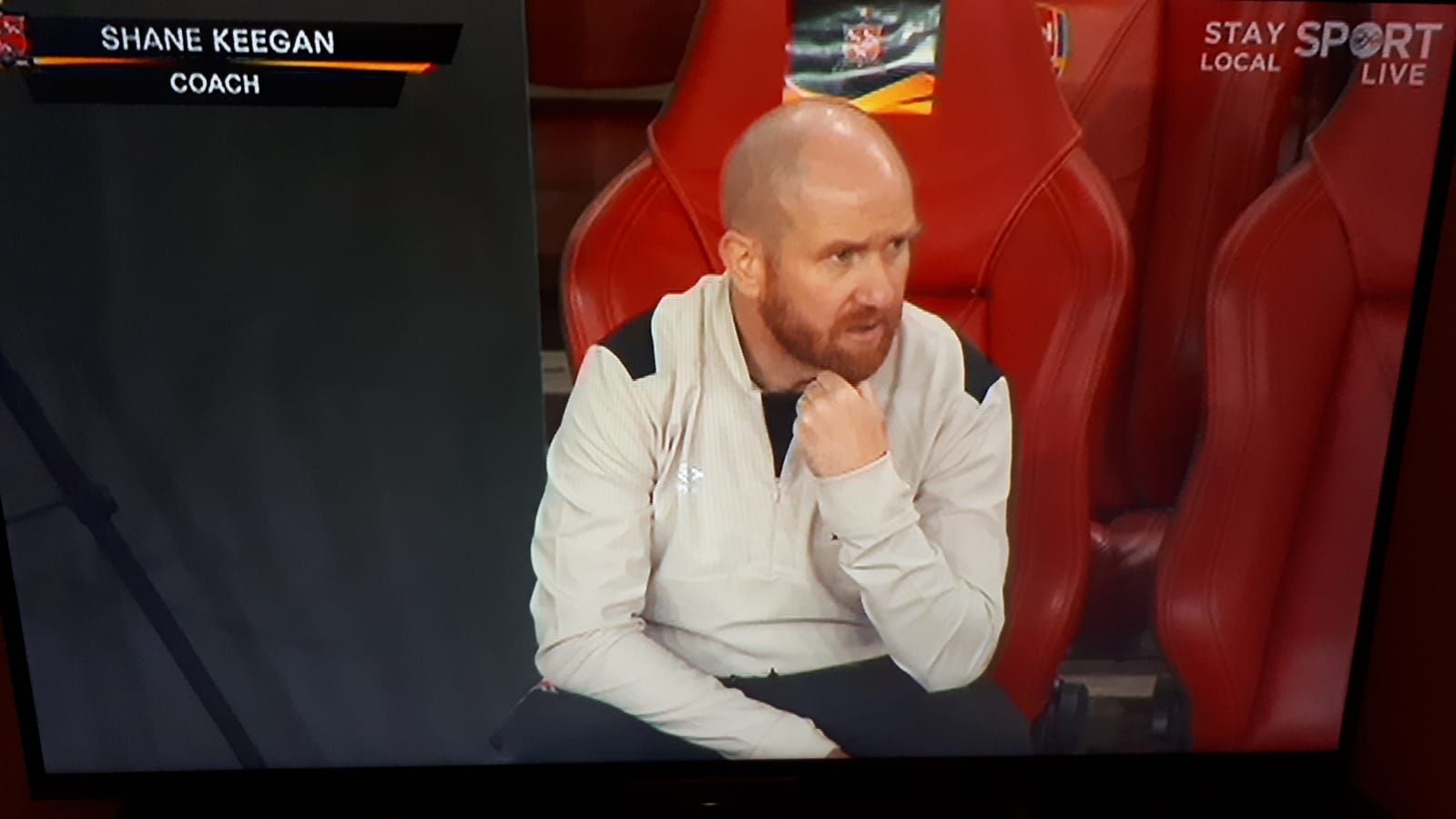 Dundalk almost made it to half time on level terms but Arsenal struck late in the opening half for two goals to really knock the Dundalk men for six.

Keegan admits to being disappointed not to have gone in level at half but extremely frustrated to not have kept it at 1-0.

“It would have been massive but what annoyed me even more was not going in one nil down. We could have took one nil. If you go in one nil down and you have done as well as we have done, you are still focusing on the positives and happy enough with how the first half went overall.

“To concede the second goal so close to the first one, it was a real punch in the stomach.

“When you are under that much pressure, mistakes do come and we were under a lot of pressure constantly.

“To have defended so much in and around our own 18 yard box and not give away any penalties was a credit to the lads.

“You have to get close enough to them to be able to foul them. It certainly wasn't be design that we weren't fouling them, that's for sure.”

Dundalk still have another game to come against the English giants in the Aviva stadium and Dundalk, at that stage will be hoping to have European football for 2021 wrapped up and no other domestic distractions before that one

“The second game against them will be our final group game and you would think that they would have their qualification wrapped up by then so it will be interesting to see what kind of a side they come with.”