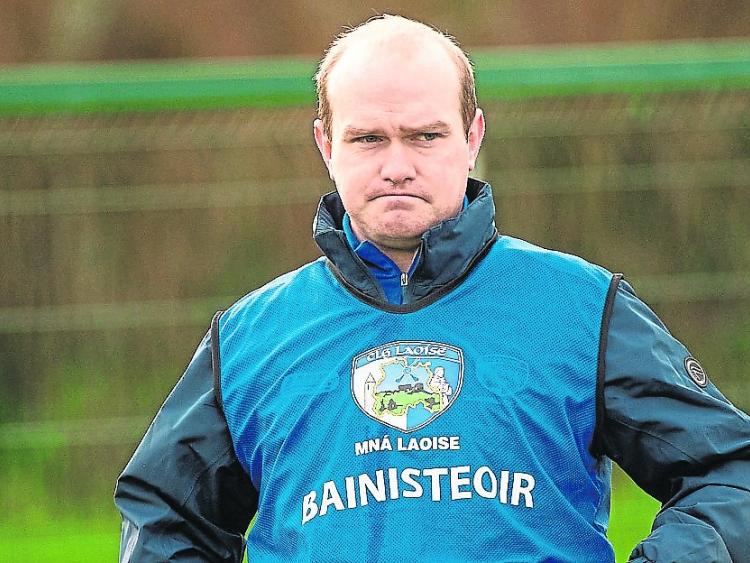 Laois’ All Ireland Intermediate hopes were dealt a serious blow on Sunday afternoon as they were defeated by a strong and impressive Clare. It is often said that goals win games and this was certainly the case in Clonmel as Clare hit the high fives in a comprehensive victory. Three first half goals from Niamh O’Dea. Chloe Maloney and Gráinne Dolan laid the foundations for an impressive victory over the midlanders.

Clare were quick out of the blocks and raced into an early lead with points coming from Chloe Maloney and Roisin Considine. Laois pulled a point back through Emma Lalor but this would prove to be their only score of the opening quarter.

With Clare’s dominance beginning to show, their running game was causing Laois serious problems and Clare were rewarded for their impressive opening few minutes in the 11th minute when Niamh O’Dea found the net after a slick move involving Chloe Maloney and Gráinne Nolan. Just two minutes later, Maloney turned scorer when her shot cannoned off the post and into the net.

Laois almost replied instantly and a nice pass inside found Orla Hennessy one on one but her shot was well saved by Micaela Glynn.

Clare’s third goal of the day came in the 11th minute. A beautiful pass from Niamh O’Dea found Gráinne Nolan who dribbled the ball past Eimear Barry. Chloe Maloney pointed soon after to stretch Clare’s lead to 11 points at the first water break.

Laois rallied in the second quarter and did manage three unanswered points courtesy of Mo Nerney, Laura Nerney and Leah Tarpey. Chloe Maloney responded for Clare with a point of her own before Mo Nerney got the final score of the half to leave eight between the sides at half time.

Laois’ hopes of dragging themselves back into the game were dealt a serious blow two minutes into the second half when referee judged Gráinne Nolan to have been fouled inside the small rectangle. Chloe Maloney calmly converted the penalty kick.

Laois’ response was impressive and on the next attack, some good team work found Emma Lawlor on the edge of the square who in turn found Mo Nerney and Nerney made no mistake about placing the ball to the back of the net. Two more Nerney frees and a Leah Tarpey point reduced the deficit to just six points with 42 minutes on the clock, as Laois badly needed a goal.

However, the goal came at the wrong end for Laois. Caoimhe Harvey raced onto a beautiful pass by Chloe Maloney, she fisted across the square to tee up Niamh O’Dea for her second goal of the game. The goal was a killer blow for Laois and came just before the second water break to give Clare a 10-point lead at the second water break.

The final quarter was scrappy, with the game effectively over and both teams struggled to get scores. To their credit however, Laois did not give in but were just unable to break the Clare defence down. Mo Nerney and Clodagh Maloney both traded frees before Laois substitute Katie Whelan got the final point of the game to conclude matters with an eight-point victory for Clare.