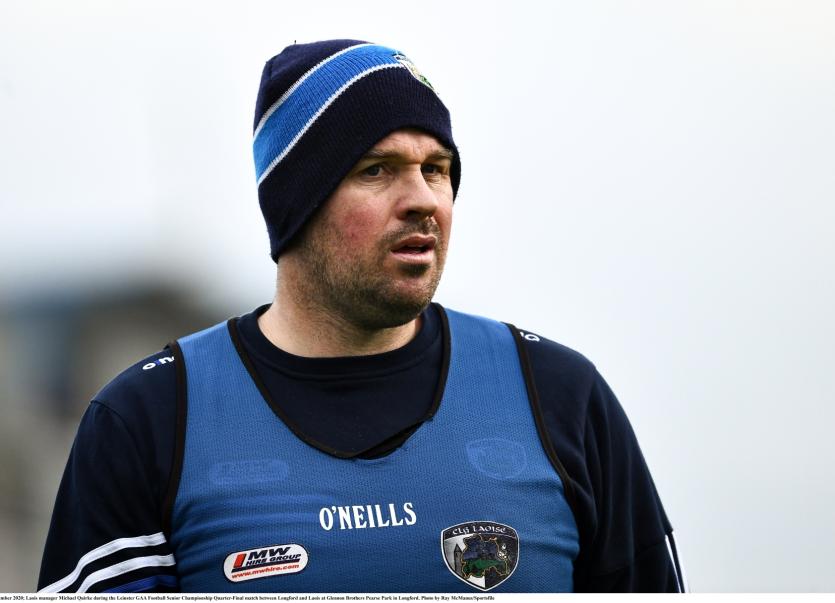 Mike Quirke cut a relieved figure after Laois came back from the brink of defeat to irk out a two point win over Longford on Sunday. Click here for match report.

Laois bossed the last 30 minutes and kicked for home with a number of players putting in exceptional performances but one man in particular stood out for Mike Quirke.

"Mark Timmons is a guy that before I came into the job, I hadn't really heard of him but after seeing him and dealing with him, if you went back 10 years, Mark Timmons could have played full back for Kerry for 10 years. He is that good.

I know he is entering the latter stages of his career but Jesus, what a footballer, leader but really good defender first of all as well. I am delighted to have him and he is playing great stuff.

We hung him out to dry in the first half because there was so much space but we were able to rectify that and give him a little more help."

High praise indeed for the Graiguecullen full back but not surprising. Like Mike Quirke, this reporter wouldn't have known a huge amount Mark Timmons before taking up my role in the Leinster Express but from what I have seen in the few months I have been here, Timmons is the best defender in the County even if he is edging towards the twilight of his career.

His calmness on the ball and sense of position set him apart. The fact that when he isn't playing, he is sorely missed is another sure sign that the Graigue man is top class.

He missed the league defeat to Westmeath and the defence just wasn't the same.

His performance against Longford was top class. No full back would have survived the open space in front of Timmons and the full back in the opening 15 minutes or so but once Laois narrowed in that gaping area of space, Timmons could afford to play his game and even burst up the field on occasion, winning one crucial free in the second half.

He will be up against the likes of Con O'Callaghan and Ciaran Kilkenny on Sunday in Croke Park and while that is a daunting task, you can bet your bottom dollar that he will be rise to the challenge.