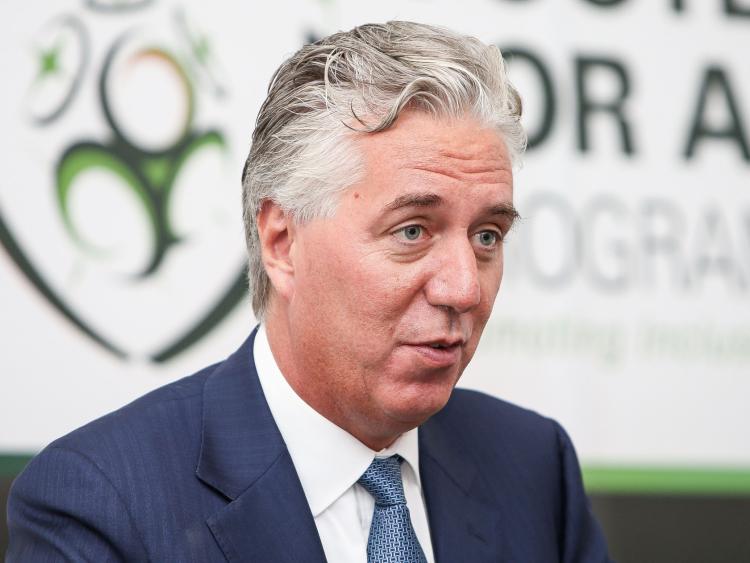 A High Court judge has ruled that the examination by ex-FAI boss John Delaney of files sized by the Office of the Director of Corporate Enforcement (ODCE) as part of its criminal investigation into certain matters at the FAI must be completed by mid-January.

The inspection arises out of 280,000 documents, covering a period of 17 years, seized by the ODCE from the FAI's offices last February as part of its investigation into Irish soccer's governing body.

The court has been asked by the ODCE, in an application where the FAI is the respondent, to determine if some of those files are covered by legal professional privilege and cannot be used by the corporate watchdog as part of its probe.

Through his lawyers Mr Delaney, with an address in Tipperary Town, Tipperary was allowed inspect the files, including thousands of emails, to see which ones are private to him or covered by professional legal privilege and cannot be used by the ODCE as part of if its investigation.

The matter first came before the courts last February.

While a timetable for the completion of the inspection was agreed, lawyers for the UK-based Mr Delaney sought extra time to complete the inspection. The extension was needed due to the large volume of material, it was argued.

In a series of motions before the court Mr Delaney, represented by Paul McGarry SC, sought more time in order to complete the inspection. This would be aided by the ODCE allowing Mr Delaney's lawyers to apply additional search terms to help identify more files so they can be inspected.

Counsel also asked the court to extend the completion date to sometime in mid-January of 2021.

Counsel said that a lot of work had already been done by his side and that number of the 3,000 files previously 'tagged' by Mr Delaney's lawyers as being covered by LPP had been reduced.

Counsel said that if Mr Delaney was not able to inspect all of the files before any designated completion date set by the court, then he would have claim LPP on all of the outstanding material. That could lead to more work for those involved in the entire process, counsel said, adding that his client was not dragging his feet or trying to delay the process.

The applications were opposed by the ODCE, represented by Kerida Naidoo SC, who said Mr Delaney's application for additional time was "unwarranted and unnecessary". Any extra time would cause more delay to the investigation process, counsel added.

The ODCE said it wanted the court to fix a date in December for the competition of the extension.

Counsel said that Mr Delaney had initially sought a December completion date when the matter was previously before the court.

In her ruling, Ms Justice Leonie Reynolds said that she was not prepared to make an order allowing Mr Delaney to apply additional search terms to the file inspection process.

The judge said that the material seized had, using sophisticated software, had already been inspected by using several search terms provided by Mr Delaney's lawyers.

Referring to concerns raised by Mr Delaney regarding issues including his privacy, the judge said she was satisfied that safeguards contained within the relevant legislation would protect his rights. The judge added that the inspection process should be completed by January 11 next.

The judge also confirmed the appointment of barrister Niall Nolan Bl as the independent person who would examine the review materials over which claims of legal privilege are made.

The judge said Mr Nolan will prepare a report for the court, which will aid the judge to determine which of the material is privileged and which is not.

The matter will return before the court in the New Year.