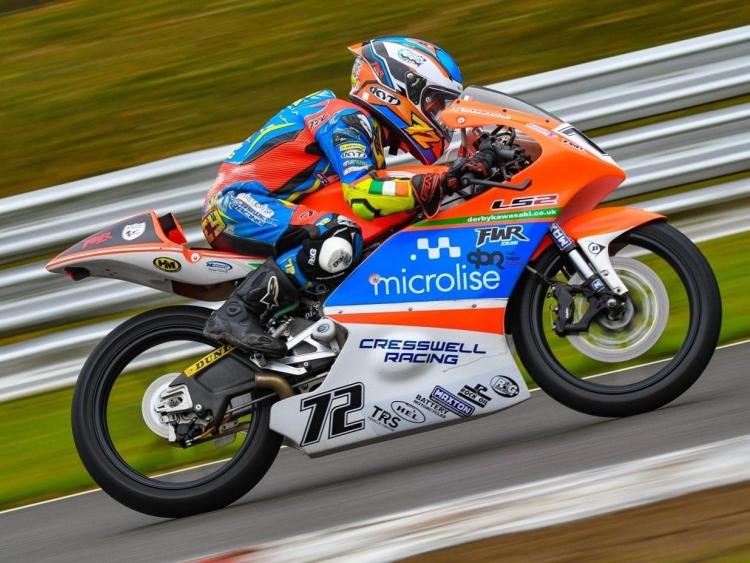 A young motorbike sensation with Laois roots is taking the UK motorcycle circuit by storm.

13 year old Casey O'Gorman has Mountrath blood in his veins but these days he is brewing up a storm in the motorcycle world the other side of the Irish Sea.

With his races regularly on YouTube, Eurosport and BT Sport, his progress is followed intently.

The young man came fifth in the Honda British Talent Cup recently and has followed up a scarcely believable childhood of racing by showing real promise to make a life from the trade.

His hero is Valentino Rossi, the MotoGP legend and that's not where is stops when it comes to the family and their love of motor cycling.

Casey is the eldest of three brothers along with Hayden (10) and Olly (8) and there are not too many siblings who can claim to have a 13 year old brother who has already won multiple championships.

A true racing family, Casey’s named after double MotoGP champion Casey Stoner while Hayden gets his name from 2006 MotoGP Champ, Nicky Hayden. Even the dog is named after MotoGP rider Tito Rabat.

“They think it’s cool,” he said, “Sometimes they come and watch”, when asked about what the other kids think about his obsessive hobby. 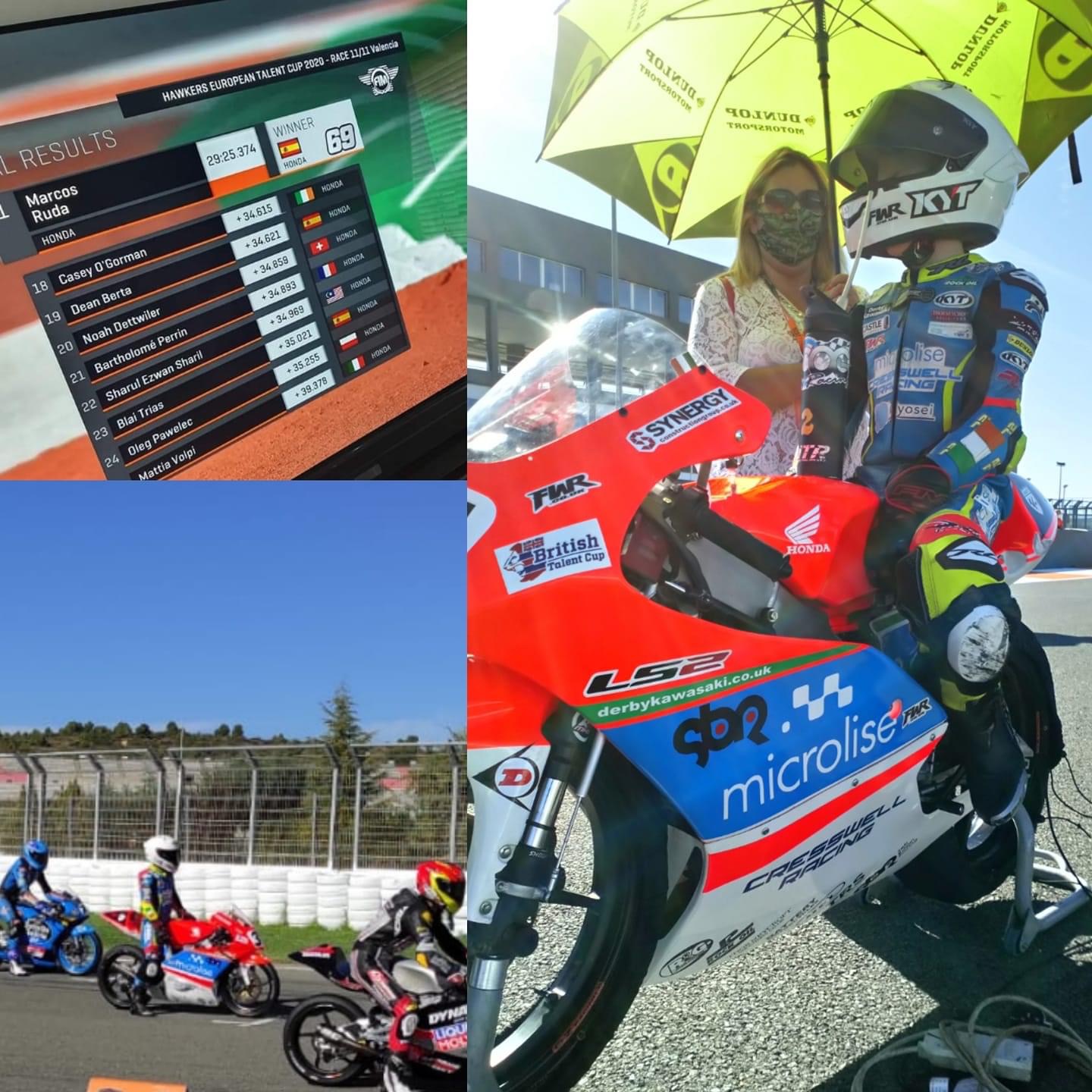 His mother Ella is also an avid supporter and has supported his racing exploits from day one with the whole family keen attendees of the race meetings.

Despite his young age, he already has his quirks. The number seven has to be on his bike in some shape or form while he also puts on his racing gear in a set routine that gets him set for action.

So how did it all come to pass that this 13 year old, living in England but with strong Laois connections, got so passionate about the sport?

His first venture on two wheels came courtesy of his aunt Margaret who bought him an electric powered bike before he was even a year old.

He soon began to progress and after a balance bike came and went, he rode his first motorcycle before he was three, something he took in his stride by all accounts.

His Father John always thought he was advanced when it came to bikes and after seeing an advertisement for a mini-moto academy back in December 2011, he decided to bring Casey along, thinking nothing of the 300 mile trek to get there.

He stood out there too and GP rider Scott Redding saw the talent as well and kept in touch. The 300 mile trips continued to use the indoor facilities until the outdoor season kicked off.

Casey began to enter competitions in England and even finished second in his first race at just four years old.

He also raced in Ireland during holidays and was a regular on the podium while his first big win came in 2012 when he won the Cadet Mini-moto Championship at the age of five. 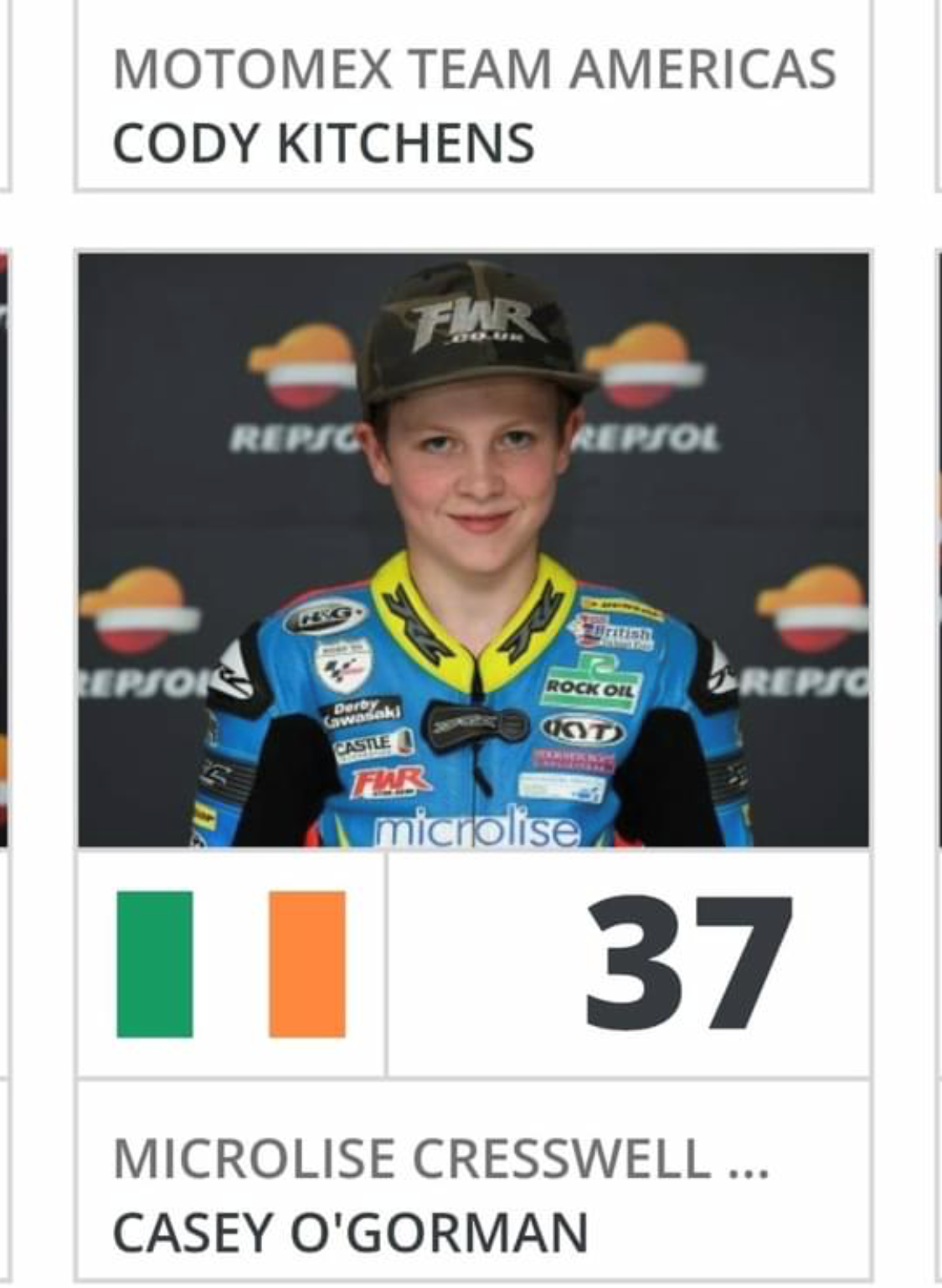 A year later and he was on the continent racing in Spain in the Spanish BZM Cup on mini-moto’s. The tournament for 6-10 year olds, he showed well and was awarded Most Promising Rider of the Year.

Since then he has progressed along and is now a major prospect.

His most recent event was the European Talent Cup back in October where he finished 18th out of 40 riders.

So the next time you see his name in lights, remember, Laois can claim him.