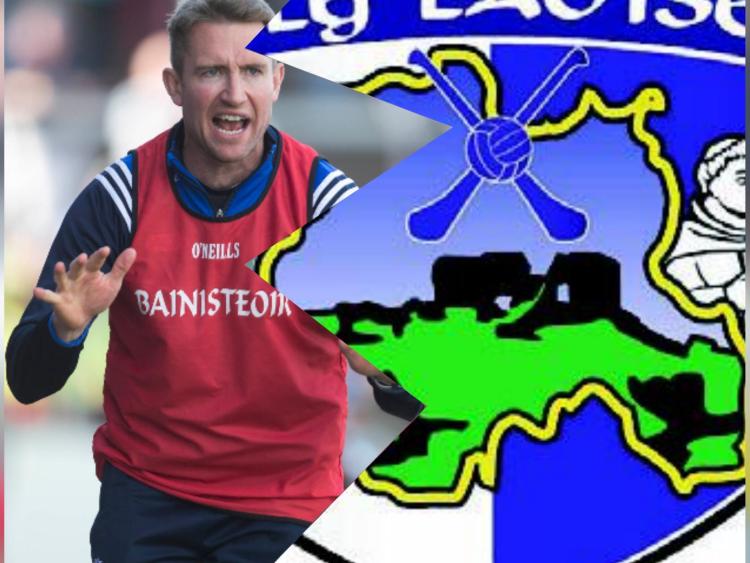 Laois hurling has rose to national attention this week but for all the wrong reasons. In what was a massive blunder, an off the record conversation with Laois hurling manager and GAA Hour podcast host Colm Parkinson was aired earlier this week and Whats App was sent into overdrive with the conversation being shared widely despite their efforts to remove the podcast when they realised the massive mistake they had made.

Colm Parkinson is the podcast host of the popular show. As a former player, he has a contacts book the envy of many, and he has really worked at promoting his own profile, and ultimately that of his show, for the past number of years.

What happened last week will hurt him, on both a personal and professional level. He has apologised to all parties but it was a very public mistake, a lot was aired in public and from Eddie Brennan's point of view it was best left to private, committee room conversations where there can be frank exchanges and actual progress.

To give him his dues, Parkinson gave a lot of time to Laois GAA in his playing days. A larger than life character, he won a Leinster title with Laois in 2003 while also being one of only a handful of Laois players to represent Ireland in International rules against Australia.

It's a fair comment to say that apart from Eddie Brennan, he is most annoyed at what happened.

While I'm 100 percent sure there was no intent, the fact that it got out was a massive blunder and it is harsh lesson for the former Laois footballer.

Eddie Brennan was clear that the conversation was 'off the record' and what happened with that conversation should not have happened, full stop.

Leadership is needed now. The County Board have decided to keep things in house, say nothing and sort the issues out behind closed doors, which to their credit is the right thing to do. However, they need to nip it in the bud and get it sorted and not let the mess fester any longer.

In my opinion, they need to ask the question to Eddie Brennan – Do you want to stay on? If the answer to that question is yes, then they need to iron out the differences, see if the supports that Brennan and his panel are looking for can be met and somehow build a bridge over the comments and grievances that Brennan brought to light in that off the record conversation.

Resources and extra supports are one thing but as Eddie said himself in an interview after the Clare game, he knows there is no big pot of money lying around in Laois but money spent wisely trumps money just thrown at a problem.

This needs to be professional and not personal. Some board members may be hurt and annoyed over the comments of their senior hurling manager but if Laois hurling is best served by Brennan in charge, should they build a bridge and get over it?

That can't happen here. The greater good here is Laois hurling and whether you're from deepest football or hurling territory, it doesn't matter. Laois by birth and Laois by the grace of god and all that.

Eddie Brennan is a Kilkenny man who had no ties to Laois before he took the job two years ago. 24 months on, he is passionately, although not in an overly polished manner, wanting for a Laois team to be brought to the next level and for them to be looked after as best possible.

However, I would say that three quarters of managers in the Country would like more resources from their respective County Boards. Whether it be financial, coaching, facilities or whatever their need, Brennan is not the first and certainly not the last to look for more in their strive to better.

I don't think there is much doubt that he is the best man to take Laois hurling forward but there are no shortage of hurdles to overcome before 2021 begins.

Laois GAA need to ask themselves, when the take the personal element out of it, did Eddie Brennan have a point in his criticism? Can they do better? Is there more resources? All these questions are serious ones and ones that the answers may not be universally agreed on.

Being a County board executive member is no joke either. The man hours are ridiculous especially for the likes of a Chairman who is in there on a voluntary basis.
They have also been undermined in public by their hurling manager which is something they won't be impressed with and there will be a question of can everyone move forward without the events of the last week hanging over them like a dark cloud?

It has to be all cards on the table from both sides going forward.

There are no winners and when all is examined, there will be fault found on all sides but the greater good of Laois hurling has to be to the forefront when peace talks commence.

Eddie Brennan staying on is for the greater good of Laois hurling. You can't put a measure on how far back it would set hurling in the County back if he was to leave after his two impressive years in charge.

Hurling has long been seen as the poor relation in the County compared to football but Brennan has elevated them back to a level where they haven't been since the early days of Cheddar Plunkett's tenure around 2012 to 2014.

He is a progressive and new age manager who is in tune with the modern game and more importantly, the modern day player. That might sound like a basic requirement but there are no shortage of journey men and chancers out there when it comes to managers and coaches. Laois have a good one and they need to keep him.

He has a good cohort of players too. The likes of Enda Rowland, Mark Kavanagh, Ross King and Paddy Purcell would walk on to any County panel in Ireland while the support cast isn't too shabby either.

The evidence from their game with Clare last weekend gives a clear picture that this combination of players and management is working and moving forward.