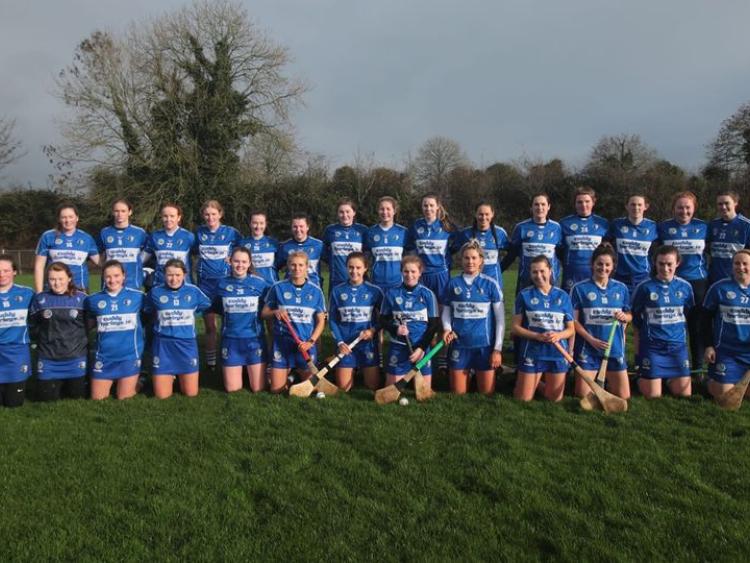 Laois and Antrim go head to head on Saturday for the right to progress to the All Ireland Intermediate Camogie final.

Inniskeen in Monaghan is the venue (3.15pm throw in) as John Desmond's charges look to book their spot in the decider after a turbulent year.

Remarkably, this is the team’s third rearranged fixture of the year. Sunday February 9th, the two were to face off in Group 3 of the camogie league, only for Storm Ciara to hamper that.

The game was rescheduled to take place in March, which obviously fell victim to Covid19.  By the time March came, there was a huge contrast in their form.

Antrim sat top of Division 2 while it was the wooden spoon for Laois, having lost both their games to Tipperary and Dublin, and scoring only 12 points between the two.

Nine months later, and the two teams find themselves drawn together once again. This time however, stakes are much higher. Not one person could have predicted that they would face each other in the middle of November in an All-Ireland semi-final, but at the same time, not one person will be complaining.

Both sides will be looking to enter uncharted waters after Saturday. Antrim have not appeared in a final at this grade since 2011, where they were beaten by Wexford, while Laois have never contested an All-Ireland final at this grade.

Antrim will be favourites and they have certainly earned this favourites tag. In two games this year, they have racked up a massive 6-26 against Carlow and a fancied Meath side.

They have a seriously dangerous forward line. Out of the 6-26, Antrim had seven different scorers with Nicole O’Neil their main threat from both play and placed balls.

Their ability to score goals will be worrying to John Desmond’s side and they will be aware that their defence must be in top form come Saturday.

On the other hand, Laois came through the long way. Having lost to Down in their group, they had to come through the quarter final route, and they secured their place in the semi finals after a dramatic extra time win over Kerry.

Clodagh Tynan, Kirsten Keenan and Aisling O’Dea have all been instrumental in their run so far, and they will look to bring this form into the semi-finals.

Kennan is deadly accurate from placed balls and she will pop them over all day if she is given the opportunity. O’Dea has an abundance of pace, which would cause any defence problems, and if she gets decent ball, she will cause serious problems for the Antrim defence.

Tynan, Alison McEvoy and Aimee Collier have formed a formidable half back line, and this line will be vital on Saturday, if Laois are to progress.

Last week’s victory over Kerry showed just how much fight and heart these Laois ladies have. They clawed their way back into a game which they were dead and buried in, to force extra time and came good in extra time.

However, Desmond will be worried about their first half performance, having only registered three shots at goal in the first half and one score in 45 minutes of play. This aside, they will not fear Antrim, a belief which Desmond has instilled in his players this year.

2020 has been a strange year and the prize of a win on Saturday is a place in the All-Ireland Final, played on the 6th of December which is strangest of all.

Antrim will be favourites; however Laois will relish the opportunity of upsetting the odds once more. Their performance last weekend shows this Laois team possess an endless amount of fight and determination and this coupled with the skillset of both sets of players sets up an intriguing clash.

With all the controversy at the start of the year, it would speak volumes for the amount of work done in Laois camogie circles over the past couple of months.

In knockout camogie, anything is possible and with All Ireland glory being just two games away, this game could go right down to the wire. 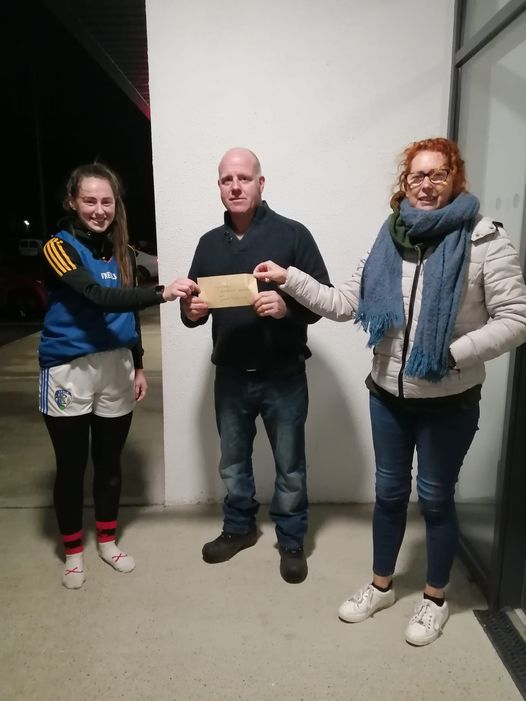 Chairperson of Laois Camogie Barney O'Connor at the LOETB Centre of Excellence Portlaoise receiving a very generous donation from Tina Cuddy on behalf of Camross Camogie Club and her daughter Sara, Intermediate Captain, ahead of the All-Ireland semi-final this Saturday.