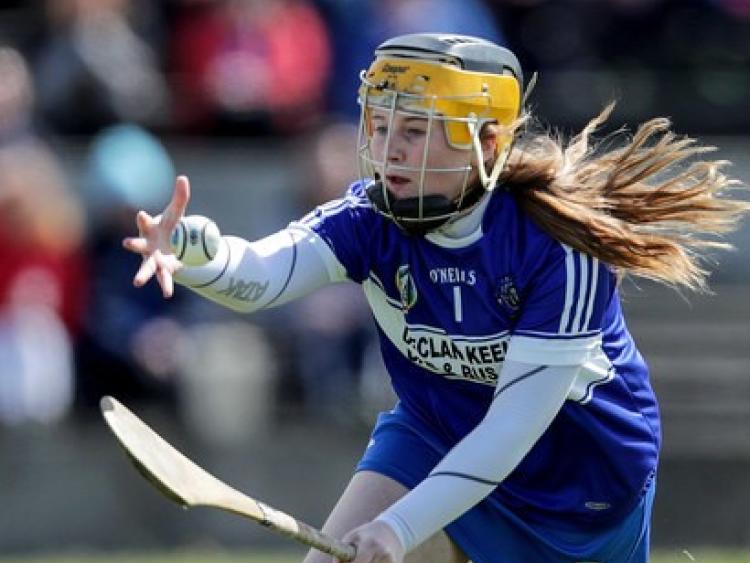 Laois are out of the All Ireland Camogie championship after they were put to the sword against Antrim on Saturday afternoon.

Antrim led from pillar to post and were the better team throughout as Laois failed to bring their ‘A’ game to Inniskeen in Monaghan.

Aedin Lowry made sure that they kept their goal in tact with three superb saves while at the other end, it was a bad day for their forwards with only three points and no score from play while all of their three points came in the opening half.

They never gave up though and kept fighting until the bitter end but they were just simply outclassed on the day.

Antrim got the better start to the game and were 0-3 to 0-0 up after seven minutes. Nicole O’Neill opened the scoring from a free before Catrine Dobbin quickly doubled their lead. O’Neill added another free and Laois had barely managed to get the ball out of their own half under the early Antrim pressure.

Kirsten Keenan mis-hit her first effort from a placed ball but a minute later, she slapped over a free to open the Laois account after 10 minutes.

Laois were starting to settle into the game that bit more but were still playing second fiddle as Antrim wing forward Maeve Kelly came to the fore.

Antrim extended their lead to 0-5 to 0-1 but a Laois purple patch saw Keenan and Clodagh Tynan pop over frees and despite being outplayed, they only trailed 0-6 to 0-3 after 23 minutes.

Unfortunately, Antrim finished the half extremely strong and points from Meave Kelly, Catrine Dobbin (two) pushed them out to a 0-9 to 0-3 half time lead.

To be fair, they were tricky frees and on the wrong side for a left handed striker but they really needed them to get them back into the game as they trailed 0-10 to 0-3 with 18 minutes to go.

There was stark contrast at the other end with Nicole O’Neill sending over a superb free from all of 55 metres.

Aedin Lowry then made a super save from Catrine Dobbin but the play was hauled back for a free and O’Neill duly obliged to send Antrim 0-12 to 0-3 in front.

Lowry pulled off another point blank save at the expense of a ‘45’ that Antrim converted and as the game wandered into the final 10 minutes, Laois looked a beaten docket.