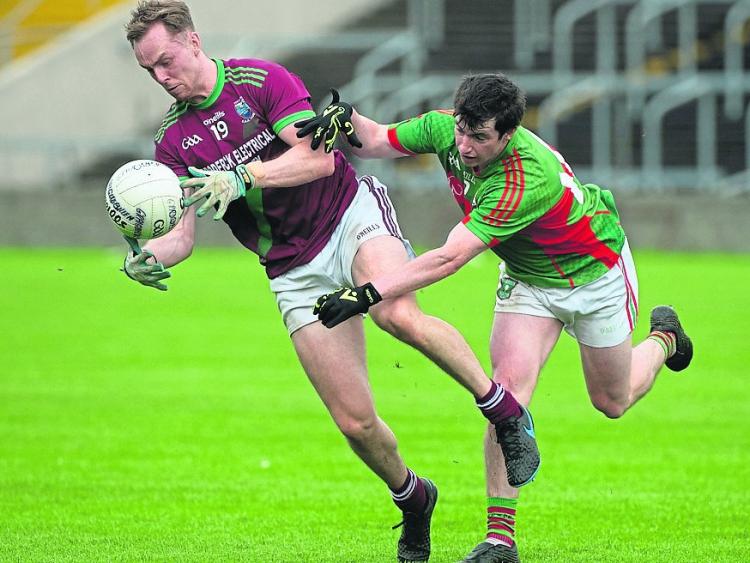 Covid-19 put pay to the Laois senior football championship being played to its conclusion but the draw has been made for the semi finals that now look set to take place sometime in January.

The draw took place in the Laois Shopping Centre on Monday evening with Graiguecullen v Emo and Ballyfin v Portarlington coming out of the hat.
Both games will be both eagerly contested and awaited.

Portarlington and Graigucullen will probably go in as favourites to progress but they promise to be two extremely close encounters.

Play was halted after the quarter final stage with the semi finals and final originally due to be played when Laois were knocked out of the Leinster championship.

That plan was scuppered by new level five restrictions and forced Laois GAA to postpone all outstanding fixtures, including the senior football semi finals and final until the new year.

The draw will come as a welcome focus for the clubs involved as now they can begin to plan for a semi final and get back to the training field as a group if the level five restrictions are lifted next Monday.

The Senior football championship wasn't the only one halted in its tracks.
The Premier Intermediate and Senior hurling finals were set to be played in early November but just five days before, the level five lockdown was announced and the games had to be put on the shelf again.

The Junior 'C' hurling final and the Intermediate football final were the only two adult championships to get finished and it is set to be a busy January if they get the green light to finish out their 2020 calander of fixtures.