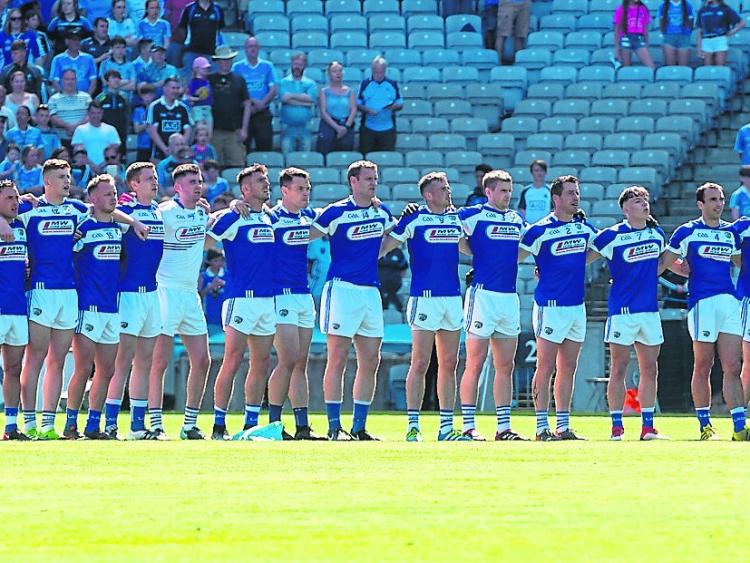 Laois hurlers and footballers will be back in competitive action at the end of February under the new plan for the 2021 inter-county season unveiled on Monday afternoon by the GAA.

Under the new plan, County games will take place in the first part of the season with an uninterrupted main Club Championship window from the weekend of July 24/25, to October 23/24, with the Provincial club competitions, up to All-Ireland semi-finals, taking place from October 16/17, onwards. No collective training will be permitted before January 15 while no Senior Inter County challenge games will be allowed until February.

Pre season competitions such as the Walsh and O'Byrne Cup have been scrapped while the National football league will have a new look to it with the old eight team groups being split in two with geography being the core decider of what section you play in.

Division two of the National football league will see Laois compete in the South section along with Cork, Clare and Kildare while Westmeath, Down, Meath and Mayo will make up the other half of the Division.

The hurlers will be in Division one of the league and their group includes Kilkenny, Wexford, Dublin, Clare and Antrim.
Club competitions, largely without County players can take place in the Spring and early summer months Covid regulations permitting while their will be a new uninterrupted club championship window from July 24th to October 24th with the provincial club championship kicking in for the remainder of the year.

All these plans are subject to Covid-19 restrictions but the plan does give a lot of clarity to both club and County.

The main points of the new plan are as follows;

-No return to collective Senior inter county training before January 15.

-Senior inter county challenge games allowed from start of February – due to covid and its associated risks, no training or games that will involve an overnight stay are permitted during pre-season.

-No return to collective inter county minor training (H & F) or U20 Football before Friday February 6; challenge games in these grades will be permitted from Friday, February 26.

-No return to collective inter county U20 Hurling training before Friday, April 2. Challenge games will be permitted from April 23.

- Divisions will be split into North and South

- 4 teams in each group – based on geography

- 3 Round Robin games per team

- Top two in each Divisional group to league semis, followed by league final

- Bottom teams in Division 4 to Shield semis and final.

- Provision made to run either with London or without depending on restrictions.

- “Pick up” weekend included – provision to allow competition to run over by one week if necessary, also allowed for

- Run on same basis as in a normal year except no League Quarter or Semi Finals – Division 1 league final will be Div 1A winners v Div 1A winners; top two teams in all other groups play the relevant league final.

- Provision made to run either with British based teams (London, Warwickshire and Lancashire) or without depending on restrictions

- If without…… London and Warwickshire will be exempt from relegation (i.e. they will start 2022 in Divisions 2b and 3a respectively)

- Decision will be formally taken on the participation of British teams in January and depending on Restrictions in place.

- No Round Robin quarter finals

- For teams in Div 3 and 4 of the football league at the end of the 2021 league season (i.e. AFTER promotion/Relegation process), that DO NOT reach their respective Provincial Finals

- If NY are allowed participate, they will be drawn against an eligible team defeated in either Round 1 or a Quarter final of the Provincial Championships – game date May 16 (this may be a preliminary Qualifier if more than 16 teams eligible).

- Recommended if NY are involved, their game(s) will be in Ireland.

- Rounds – Prelim Round (if required), Round 1, Quarter Finals, Semi Finals and Final

- Semi Finals on Sunday June 6th – Croke Park double header; will be only significant games in the calendar on that date

-There will be 11 teams in Liam Mac Carthy in 2021 - there will be a preliminary round in the qualifiers between the two defeated Quarter final teams.

-Draws to be made when it is clear if British based teams are participating or not.

-IF British teams ARE NOT PARTICIPATING in Ring, Rackard & Meagher – alternative competition structures will be put in place.

-U20 B Hurling similar window (final on July 3)

-De-coupled from Senior All Ireland Championships

-Development C.C.C.C to bring forward proposals on how these should be structured.

-All knock out games in the above Championship competitions, will be subject to finish on the day regulations – EXCEPTION: All Ireland Senior Football and Hurling Finals (Tier 1), which will have Extra time in the original fixture, and will be finish on the day in the event of a replay only.