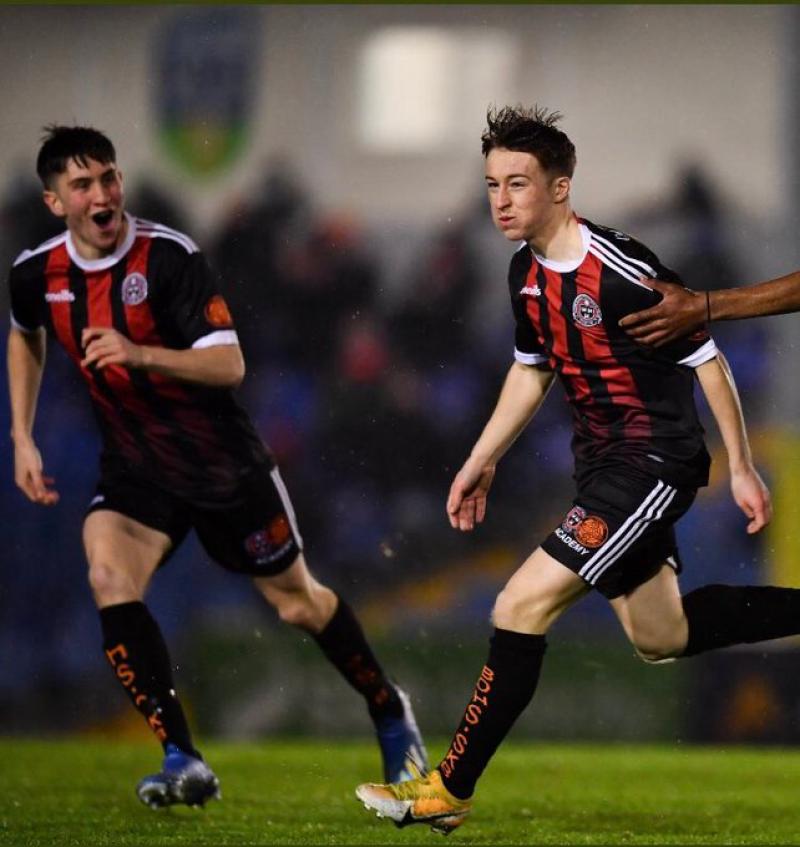 Colin Conroy rushes in to congratulate Aaron Doran after his opening goal for Bohemians on Monday night.

Pitted against Shamrock Rovers in the final, Bohemians, who are joint with St Kevin's Boys at U17 level took the victory 2-0 with both Aaron Doran and Colin Conroy to the fore.

They were 2-0 up at half time with Doran grabbing the opening goal with only a minute gone in the game to set them on their way to league glory.

Doran started on the left wing while Conroy anchored the midfield in a convincing win for the club. The Laois duo were also part of the Bohemians/St Kevin's Boys squad that claimed U17 cup glory in 2019.

Colin Conroy was part of the Ireland U17 squad for the European Championships last year and has also represented his Country at U15 and U16 level.

Both men have big futures in the game and only look to be getting started.