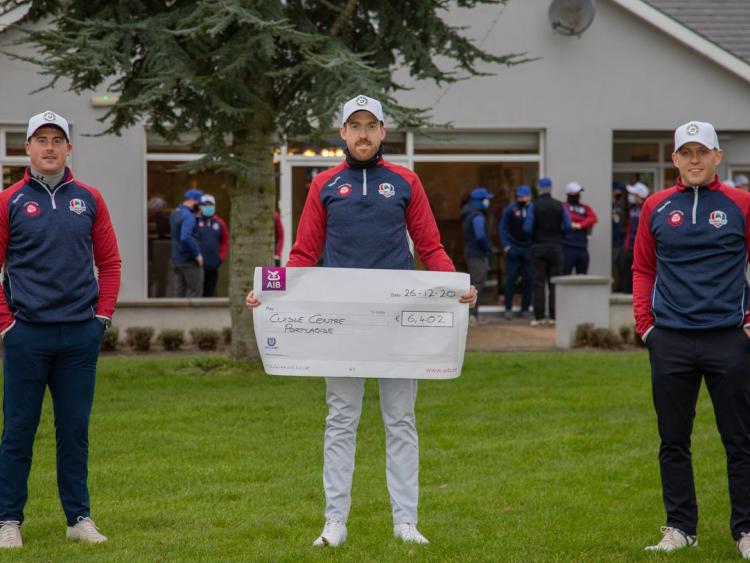 The fundraising organisers are Michael Dowling, Jack Fennell and James Furlong all of the North Side team.

The third biennial golfing fundraiser called the Towns Cup which takes place in Portlaoise Golf Club every second Saint Stephen’s Day has raised a total of €7,000 for the Cuisle Cancer Centre in Portlaoise this time around.

The idea was dreamt up in 2016 when some of the members were talking about the game of golf and how much they love it so they decided that it would be great to host an event similar to the Ryder Cup by splitting the town down the middle and having 12 lads from the North side of town to take on 12 lads from the South side of town.

This year’s event was organised by Michael Dowling, Jack Fennell and James Furlong.

Speaking on behalf of the teams James Dowling said,

“We wanted to do it in aid of the Cuisle Centre Portlaoise as one of our friend’s parents who sadly passed away used those facilities and had great help and support from the wonderful staff that work there.

“We saw the great work they do there and we wanted to give something back if we could. A lot of the lads involved in this event know someone who has used the facilities in the Cuisle Centre and they were more than happy to take part.” he said.

In 2016 the Towns Cup fundraised over €3,300 for the centre then in 2018 the lads raised almost €4,200. However, James said that they knew it would be tough to raise money this year with government restrictions but they set themselves an ambitious target of €5,000. They didn’t want to ask businesses directly for money as they had in previous years as they decided that businesses have been hit hard in 2020 and they didn’t want to put any more pressure on them.

With the €7,000 that has been raised this year the lads have now raised €14,500 for the Cuisle Cancer centre over the past four years.

James continued, “We had 24 lads involved this year in true Ryder Cup style and we tasked each man to collect a minimum of €150 each. I have to give a lot of credit to them all as we had €6,522 collected up to just before we teed off that morning.

“The last two events unfortunately for me were won by the South side and by a good margin as well. On both occasions we were eager to put that right and we won this year. Thankfully we came out on top winning 8-4 so we finally broke the duck.

“None of this would have been possible without the help and use of the facilities from Portlaoise Golf Club. It’s where we want to host the event going forward as they have been brilliant and very accommodating. We had all of our gear sponsored by DS Sports and Druids Golf. None of these required funding from us so any money we collected was donated directly to the Cuisle Centre. Linesight contacted us to donate another sizable amount which they have done in every event so far which was a good boost to our total figure.

“We also had prizes sponsored on the day from Mulhalls Supervalu in Portlaoise, Ray Dowling Electrical, Egan’s off license and The Style Bar Portlaoise. One of our team members who has been with us since day one Patrick Ryan of Patrick Ryan Photography again offered to take photos of the day free of charge.” 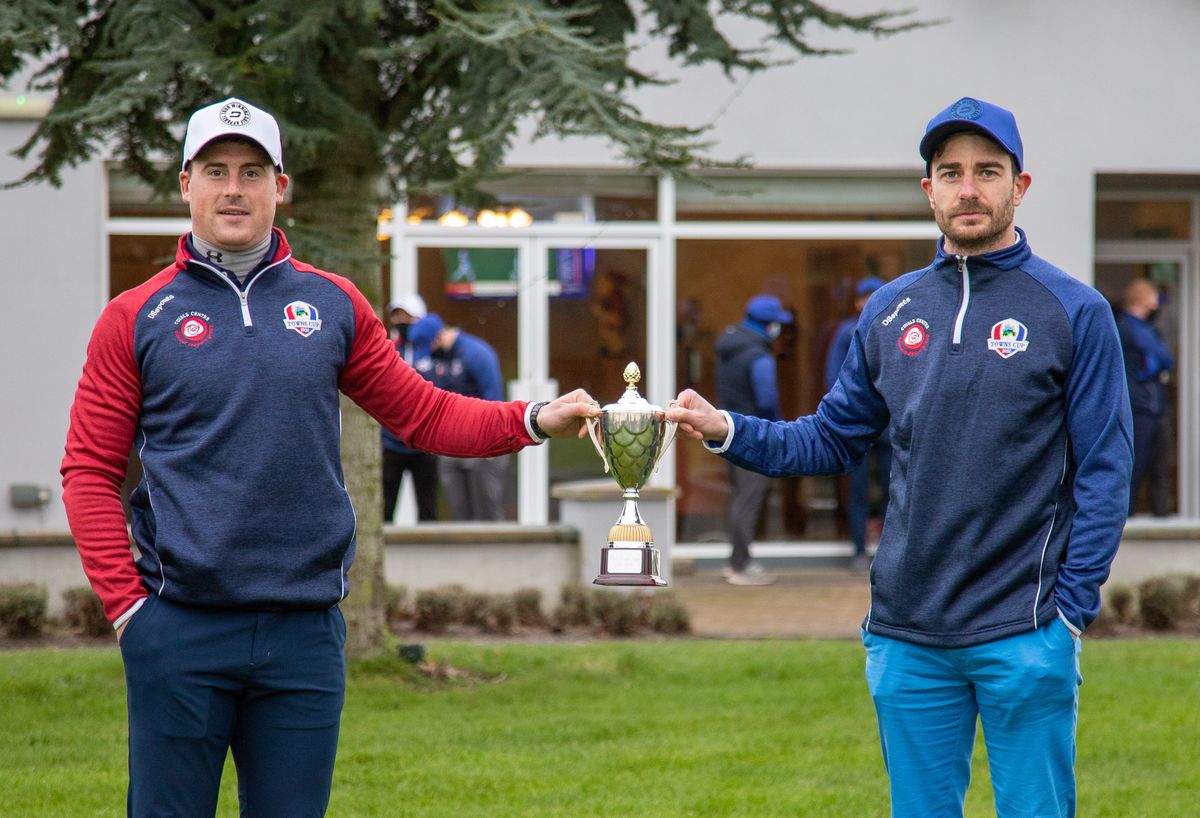 The two captains are Michael Dowling (North Side) and Leon McDonald (South Side).

James Furlong said that there was a great buzz around the course on the day and other members of Portlaoise Golf Club that were out playing were asking how the scores were going as the rounds came to a close.

They had a great interest in the whole thing, so much so that when they heard our total figure the men and women’s committee of the club said that they would donate €478 so that we could reach a total round figure of €7,000 which he said was such a kind gesture from them which they were delighted with so all in all it was a great end to a tough year.